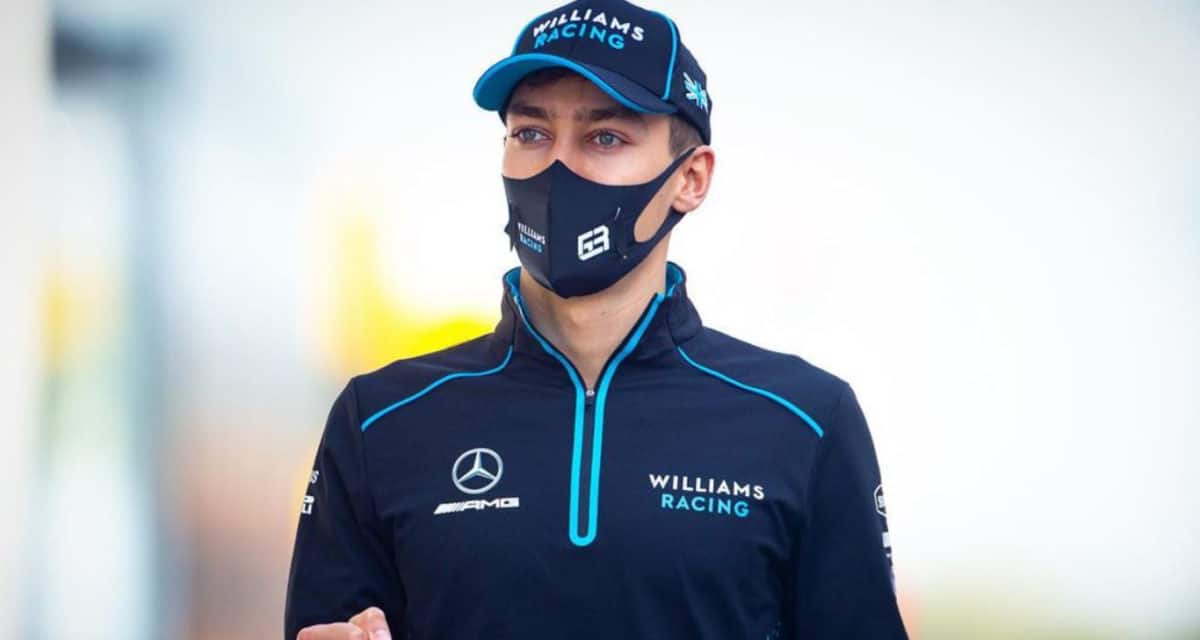 After some very brief and extremely efficient negotiations, George Russell has been temporarily released by Williams Racing to replace Lewis Hamilton at this weekend’s Sakhir Grand Prix in Bahrain due to the Mercedes driver’s COVID-19 diagnosis. In other words, young Georgie boy will finally be getting behind the wheel of a car actually worth a damn championship-winning car.

The 22-year-old Russell will, of course, be competing alongside Valtteri Bottas in the penultimate round of this season; with Jack Aitken stepping in the fill the vacant seat at Williams to join regular driver Nicholas Latifi.

“Firstly, I want to say a huge thank you to everybody at Williams for giving me this opportunity,” says Russell.

“I might be wearing a different race suit this weekend, but I’m a Williams driver and I’ll be cheering my team on every step of the way.”

RELATED: Formula 1 Announces The Biggest Season Ever With 2021 Calendar

“I see this as a great chance to learn from the best outfit on the grid right now and to come back as an improved driver, with even more energy and experience to help push Williams further up the grid. A big thank you also to Mercedes for putting their faith in me.”

“Obviously, nobody can replace Lewis, but I’ll give my all for the team in his absence from the moment I step in the car. Most importantly, I wish him a speedy recovery. I’m really looking forward to the opportunity and can’t wait to get out on track this week.”

Although this wouldn’t exactly be George Russell’s first time driving for Mercedes. With six days of running for the world champions since 2017 – his most recent run being in the 2019 end-of-season Abu Dhabi test – Russell has quite clearly demonstrated his talents throughout his debut last year, particularly in qualifying and on the esports circuit, despite having yet to score a single point. The forthcoming Sakhir Grand Prix, however, should position him nicely to cross an undoubtedly memorable personal + professional threshold.

“Our long-term partnership and George’s affiliation with Mercedes is no secret, and so I’m delighted George has this unique opportunity to join Mercedes – the current Constructors’ Champions,” says Simon Roberts, Acting Team Principal of Williams.

“We have been working hard to ensure that an agreement could be made with Mercedes to allow him this fantastic opportunity. George very much remains a Williams driver and we look forward to him returning to us fresh from this experience and wish him a successful race this weekend.”

“The conversations with the team at Williams were positive and pragmatic, and those were the key factors in reaching an agreement,” says Toto Wolff, Team Principal & CEO of Mercedes-AMG Petronas.

“It will not be a straightforward task for George to make the transition from the Williams to the W11, but he is race-ready and has a detailed understanding of the 2020 tyres and how they perform on this generation of cars.”

“George has shown impressive form this year with Williams, playing an instrumental role in their climb up the grid, and I am optimistic that he will deliver a strong performance alongside Valtteri, who will be a demanding reference for him.”

Russell will reportedly remain an option for the final race of the season in Abu Dhabi in the event Hamilton does not recover in time.

Now this should be interesting.

BREAKING – Mick Schumacher has officially signed with HAAS for the 2021 season.