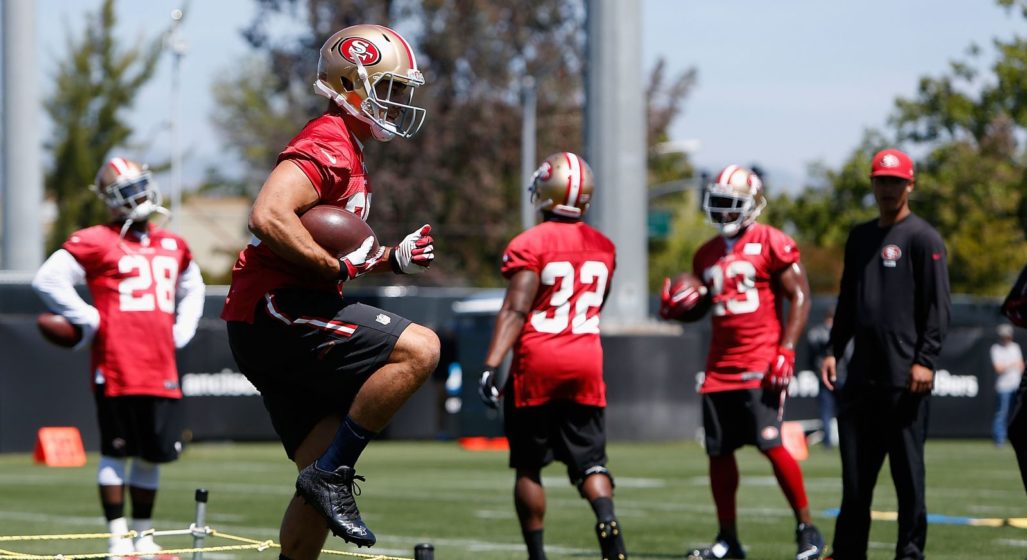 Aussie NRL player turned NFL running back, Jarryd Hayne, is continuing his improvement in the NFL preseason with the San Francisco 49ers since trading sporting codes at the beginning of 2015.

With the ’15/16 season fast approaching, the ‘Hayne-Plane’ is making waves across the net with a successful run of training sessions thus far.

With the 49ers training camp well ahead, this is Hayne’s first time in padding…..and he is killing it!

In a blitz pickup drill on the first day of practice, Hayne “successfully” took what most would consider a monster hit directly to the chest by none other than linebacker and ‘big boy’ Nick Moody.

“Getting hit by Moody shakes you around a bit,” Hayne said in a press conference post-training, after a gruelling day of running plays and developing his technique.

His play of the day, however, came only moments later, when he caught a short pass in the flat to take the rest of the field for a TD.

It’s these glimpses of promise that may solidify Hayne’s spot on the 49ers list. With 90 players on the roster in the preseason, a cut will be made to a 53-man roster on September 5th, which will see the squad for the upcoming season.

Hayne put to Twitter that he is “Learning ‘n’ tryin’ to get better every day,” and it’s this positivity and determination that will see the Aussie athlete soar to new heights as a professional NFL athlete.

In the same post-training press conference, Hayne explained that the most crucial element of his development playing American Football is having an inquisitive mind and mastering his technique; learning what his linebackers want, what the best moves are and understanding the technicalities of the game.

“It doesn’t matter what sport you play or what profession you are in, it’s all about technique and experience and understanding the concepts of what’s going on.”

The 49ers will continue their preseason training camp before facing the Houston Texans on August 15th as part of the first of four preseason games before the commencement of the regular season. 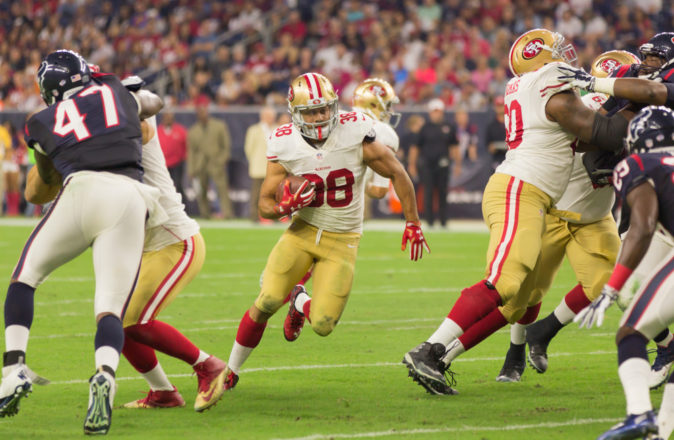