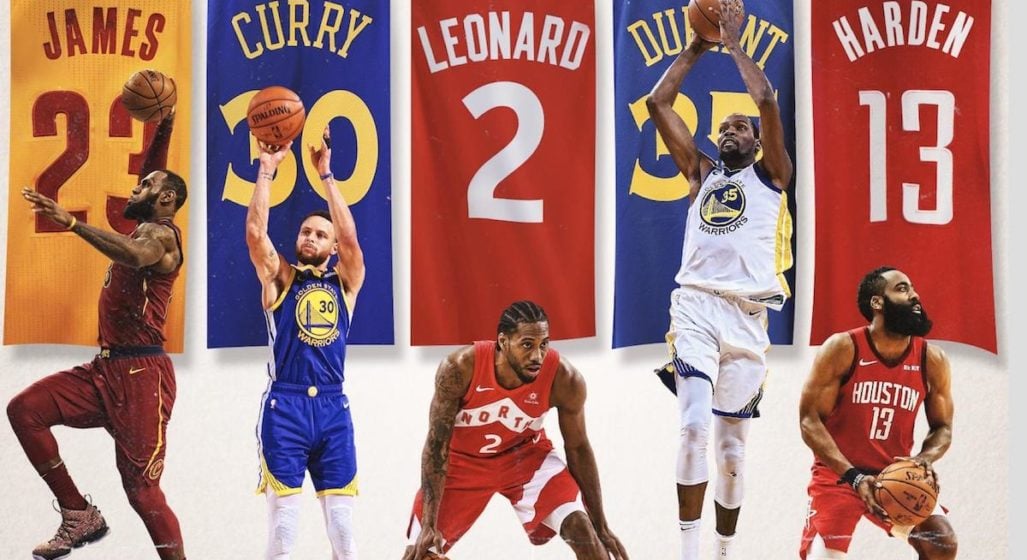 If you’re still arguing about whether LeBron James or Kobe Bryant is the best player of the past decade, you can now put your differences aside as NBA.com has published their list of the 15 best players from 2010 to 2019.

Compiled by a panel of NBA.com and NBA TV producers and analysts, the NBA ‘All-Decade Team’ features 15 players divided into three teams based on each player’s statistics over the past 10 years with each team made up of three front court and two back court players.

The frontline team has five players who have won 10 rings between them over the 10 year period, with LeBron James the face of the team and the only player to earn an All-NBA nod and be voted an All-Star in each season. He’s joined by three point specialist Steph Curry, seven time NBA All-Star James Harden, back-to-back finals MVP Kevin Durant and recent NBA champion Kawhi Leonard.

The final team is bolstered by the addition of Lakers legend Kobe Bryant, who is joined by a selection of old and new players, including Dwyane Wade, Paul George, LaMarcus Aldridge and 2018-19 MVP Giannis Antetokounmpo.

For more details regarding each players stats and why they made the grade head to NBA.com.

RELATED: Check out the first gameplay trailer for ‘NBA2K20’