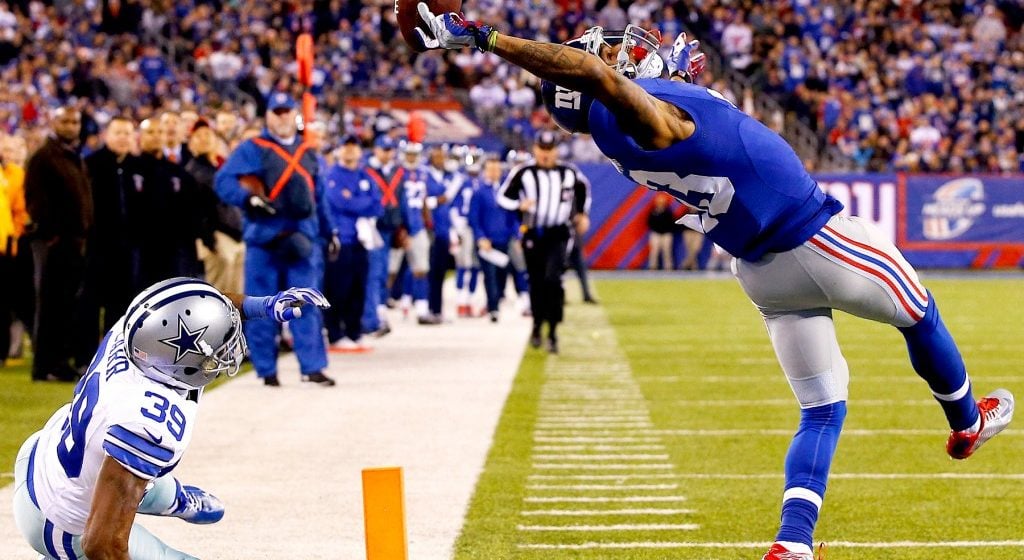 Odell Beckham Jr’s highlights reel from the 2014 NFL season is one of the best there is. Odell plays for the New York Giants (NYG) and was awarded ‘Rookie Of The Year.’ Watch his insane one handed catch against the Dallas Cowboys in the video below and you’ll understand just how good this 22 year old kid is. “That’s the best catch I think I’ve ever seen in my years of playing,” said safety for the New York Giants Antrel Rolle.

At 5’11 and 198 pounds he’s a pretty average sized wide receiver (WR), but when you add incredible speed, flawless skills and serious hops, you’ve got yourself a real player. Odell finished the season with 91 catches for 1305 yards and 12 touchdowns, making him the 8th best WR during the regular season.

Odell is becoming renown for one thing though and that’s his one handed catching abilities. Eli Manning, his teammate and quarterback for the NYG said, “…He does that, he practices that one-handed snag.” Beckham has also given credit to his mother saying, “I guess I have to thank my mom for the long fingers.” During the postseason Odell broke the Guinness World Record for the most amount of one handed catches in 1 minute (which was 33) doing it with ease. You watch him and think that he could’ve done it with his eyes closed and both hands tied behind his back, thats how good he is…

Anyway Odell Beckham Jr is seriously becoming one of the most exciting players to watch in the NFL combine and is someone to keep an eye on in the 2015 season. 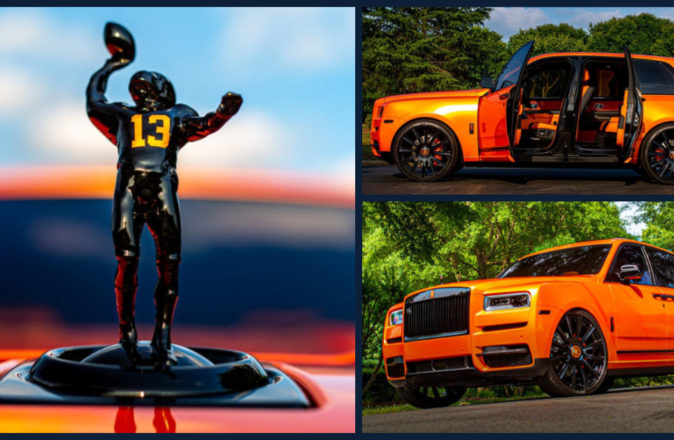 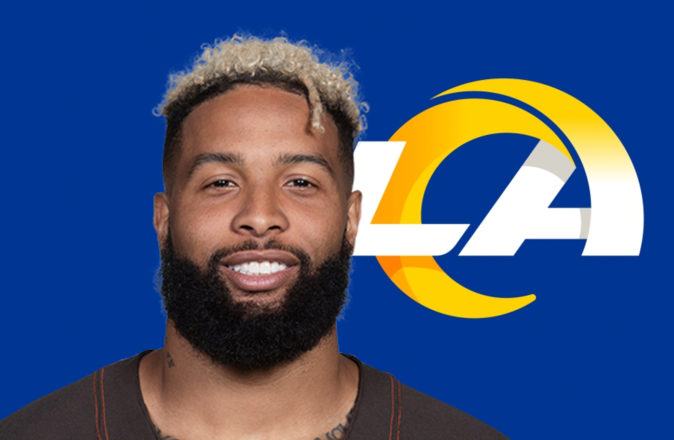 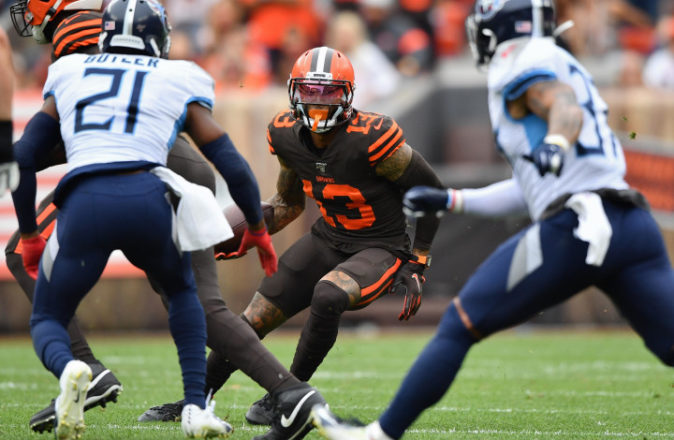