“What A Time To Be Alive.” Georgia Tech Pulls off The Greatest Win In College Football History. 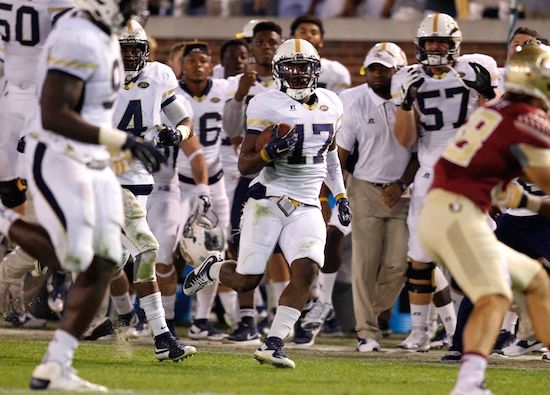 Georgia Tech defeated FSU with an incredible 78-yard return as the final seconds of the game ticked away, in what is being described as the greatest win in college football history. With 6 seconds left on the clock in the final quarter, FSU lined up for a 56-yard field goal attempt to clinch the win. However, Georgia Tech had other plans, as they went on to block the kick and then return the ball 78-yards for a winning touchdown. Lance Austin, Georgia Tech’s defensive back, and player responsible for the immaculate return and winning touchdown said, “When I picked it up and started running up the field, I saw a lot of green so I was like, OK, I can return it.”

Prior to this game Georgia Tech had lost five straight games and FSU where standing on a 28-game ACC winning streak, so the win for Georgia Tech was as improbable as it was incredible. Mark Jones, commentator for ESPN2, summed up the win brilliantly when he said, “YOU CAN’T BELIEVE WHAT JUST HAPPENED! WHAT A TIME TO BE ALIVE!”