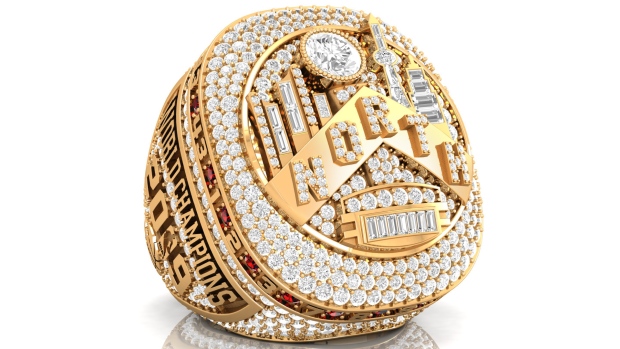 When the Raptors won Canada’s first NBA Championship for its 2019 season, the city of Toronto broke out into one hell of a party, with the streets mobbed with thousands of roaring fans literally brought to tears.

Just before the Raptors’ most recent game against the New Orleans Pelicans, their players attended their championship ceremony for their 2019 win, where they were presented with the 2019 NBA Championship Ring. As well as receiving the largest NBA ring ever made, the team’s home-court, Scotiabank Arena, received its victory banner to officially mark their first championship title ahead of the new season.

Raptors players were quite emotional when receiving their 14-carat diamond ring, some clearly seen shedding a tear, as their new piece of jewellery – that is covered in a whopping 650 individual diamonds – was gifted to them. The 2019 halo has the most diamonds that has ever been utilised in the design and craft of an official championship ring.

Soakin’ it all in 🤩 pic.twitter.com/see12f7dtC

Taking a closer look at the ring, the Larry O’Brien Trophy, which is the biggest individual diamond on any professional sports ring, has a 1.25-carat diamond on top of it. The Toronto skyline is etched into the face of the ring alongside the iconic Scotiabank Arena as well as the North chevron emblem.

Around the circumference of the ring sits 74 diamonds that represent each of the 74 wins that the Raptors won during the playoffs and season. Six diamonds are also crafted around the Scotiabank Arena, which represents “The Six”.

Close observers will also notice 16 rubies and the jersey numbers of the 16 players who played the championship game. One side of the ring showcases a grand feature that reads “World Champions 2019” with the Raptors’ logo, with the other side stating the player’s name and his number. Inside the ring, there is a maple leaf with a ruby-encrusted centre, as well their postseason record engraved on the inside.

Official Raptors Ambassador Drake received his own championship ring, as well as having another one custom made for himself.

Catch the Raptor’s hitting the court with their next game against the Boston Celtics, this Saturday at 10am AEST time.