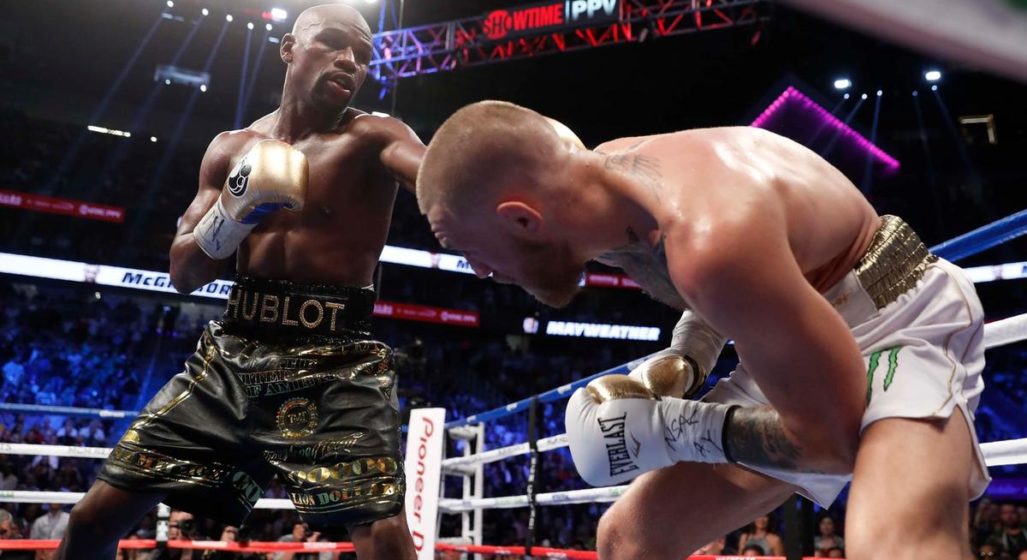 We might finally get a definitive answer to the whole Mayweather vs. McGregor debate… though the majority of you may probably be able to guess how that will end. Floyd Mayweather himself has recently confirmed that he is undergoing MMA training under the one and only Tyron Woodley.

This only stokes the fires of both anticipation and speculation about the retired boxer transitioning to the UFC. Mayweather has even offered a self-assessment of his own ground game:

Mayweather went on to state that “… Of course, my hand game, on a scale of 1 to 10, is 100…”, and that his kicking prowess “… is probably a 4.” At least there’s a grain of humility riding alongside the ego. But if there’s one person who has more than justified such an inflated sense of self when it comes to throwing a punch, it’s Floyd Mayweather.

The scepticism about this code change is still in full effect, more so than when McGregor announced that he would limit himself to throwing hands.

In addition to being an incomplete MMA fighter, in the sense that Mayweather has only ever trained strikes of the body and head, never grappled competitively, nor has he any experience dealing with kicks, elbows, or knees of any kind, there is the factor of age. Coming up on forty-one, there will be some obstacles when confronting younger fighters like McGregor. Although that isn’t to say age limits all, as the UFC has demonstrated through the likes of Daniel Cormier (thirty-six), Yoel Romero (fourty), and Randy Couture; the latter of which was still winning by unanimous decision deep into his forties.

Regardless, there is definitely money to be made in the event a McGregor vs. Mayweather UFC re-match comes about (in the way of the capital B). UFC President Dana White has even previously mentioned bringing the boxer into the Zuffa LLC.-owned fold.

That being said, snuff films and Worldstar are a much cheaper way if you’re in the market for watching a dude get killed on camera. But that’s just my two cents.