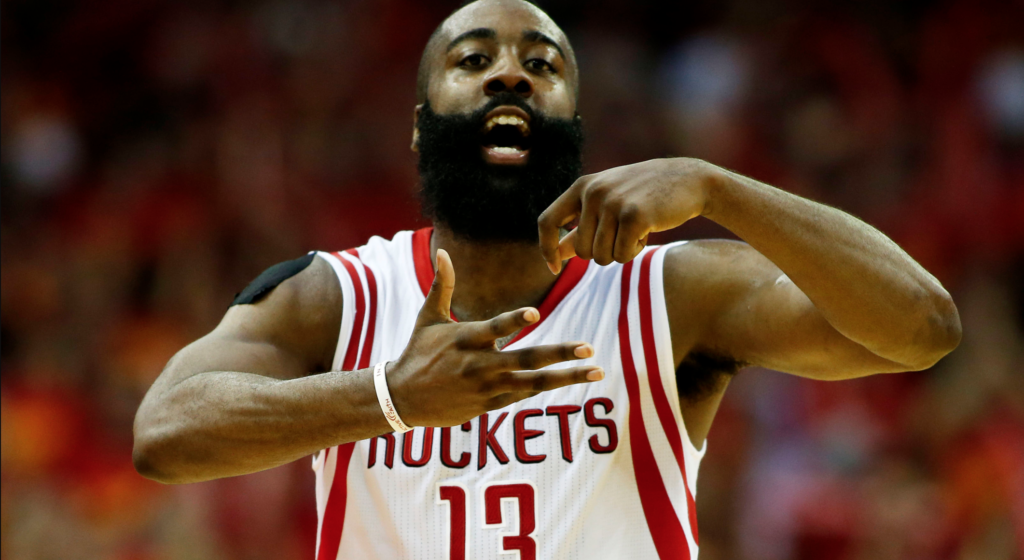 Houston Rockets MVP and signatory to the world’s seventh most expensive sports contract, James Harden, was recorded sinking a few into the old basket with rapper, Travis Scott. This little peak into a day-in-the-life of these two all-stars from different fields does not come without its funny side, as Harden can be heard playfully ribbing Scott for having less than stellar aim.

This is, of course, no surprise to anyone paying attention to a fan of the ‘Antidote’ singer, being a fellow Houstonite (Houstonian?) who has made a handful of references to Harden himself in his music, going so far as to have Harden be the centrepiece of his self-directed ‘Way Back’ music video.

It was recently announced that Scott and Kylie Jenner are due to have their first child together, and we’re all very tired of hearing about it. Hopefully this will help reset the topic of conversation regarding all things La Flame.