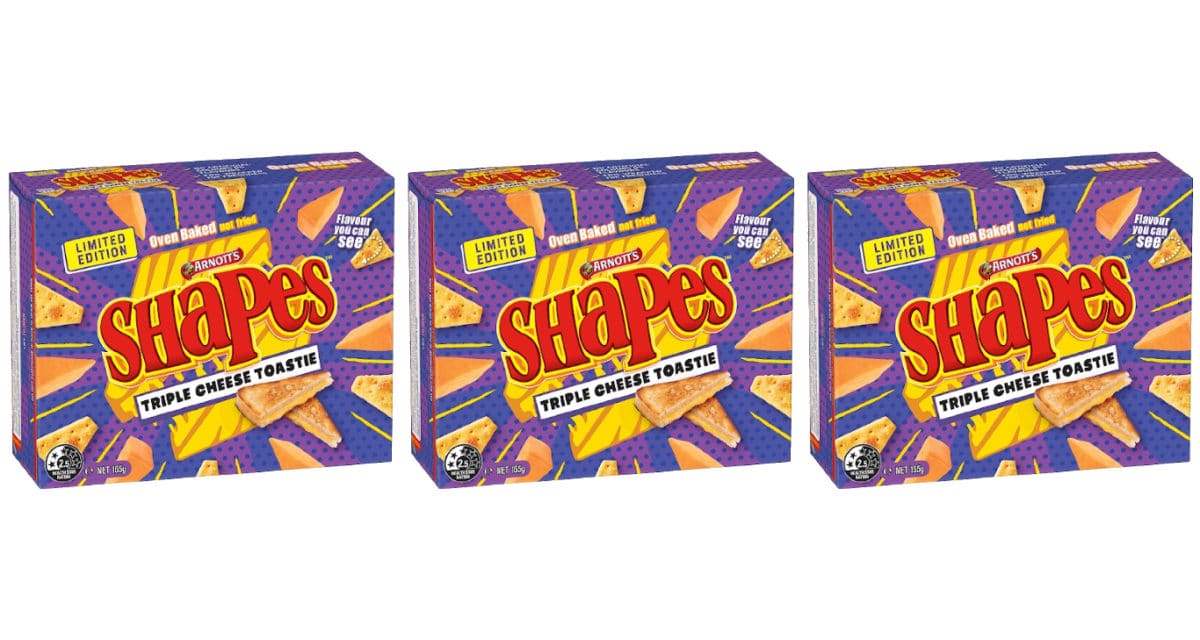 In these dire times, the bastions of Australian culture over at Arnott’s have unleashed a future classic (a valiant effort to lift the nation’s morale). Our economy may be shaky, collective health under constant threat, and there’s even a good chance that Bond 25 might never actually see the light of day; but now, Aussies from all walks of life have been given another reason to keep on keeping on: Shapes Triple Cheese Toastie.

Combining the holy trinity of cheeses – cheddar, mozzarella, parmesan -with notes of melted butter and toasted-ness, it is to our estimation that Triple Cheese Toastie will soon ascend to icon status alongside other time-honoured Shapes flavours – Chicken Crimpy, Pizza, BBQ, as well as some fresher additions in Vegemite & Cheese and Chicken Parmi.

Triple Cheese Toastie, however, won’t be the sole release. Joining the heavy-hitting headliner will be Double Cheeseburger – “flavour notes of creamy melted cheese and grilled beef, combined with onion, bread, and mustard sauce” – and Sizzling Steak & Onion – “balance of salty steak and smokiness, followed by a subtle sweetness of caramelised onion”.

“We know Aussies love Shapes and are all about the flavour hit,” says Shannon Wright, Arnott’s Marketing Manager.

“Which is why we are constantly trialling new and exciting flavours that leave fans wanting more.”