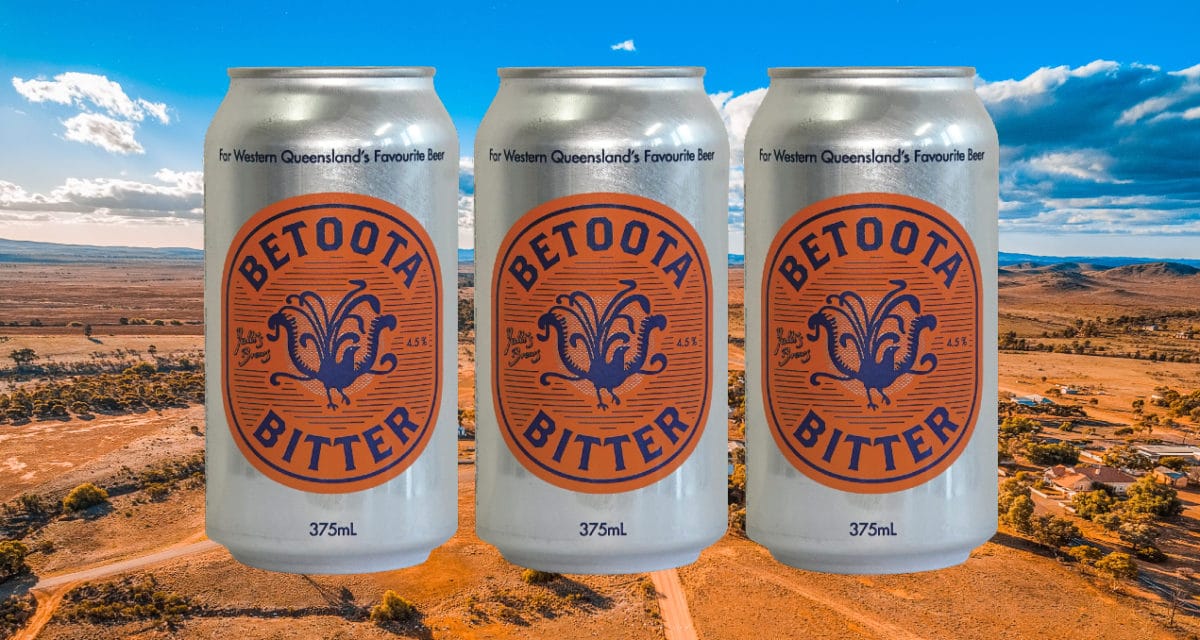 A little while ago, the seasoned journos behind the hard-hitting stories at The Betoota Advocate officially released their very own craft beer – Betoota Bitter. A beer enjoyed by Aussies from all walks of life, as long as they ordered through specialist outlets or frequented a watering hole that was fair dinkum enough to serve it on tap. But as of today, Betoota Bitter can now be purchased at a Dan Murphy’s across the nation.

It’s a known fact that silver bullets taste best when they’re conveniently on hand – which, scientifically speaking, means Betoota’s 375ml cans are about to taste even better. With each tinnie packing 1.3 standards (4.5% ABV), this is a guarantee that you’re in for a crisp and clean drop of session liquid, rounded out by a soft finish.

“Artesian bore water. Warrego Barley. Diamantina Hops. Wild Yeast. The only ingredients you’ll find in this beer. A recipe pioneered over a century of true trial and error. What you’re holding now is the product of generations of know-how, determination, and perseverance. Be the king of your own grass castle. This is Betoota Bitter.”

RELATED: The 50 Best Excuses To Have A Beer.

Posted by The Betoota Advocate on Wednesday, September 9, 2020

Betoota Bitter is now available at Dan Murphy’s via online delivery and in-store purchase, with pricing as follows: