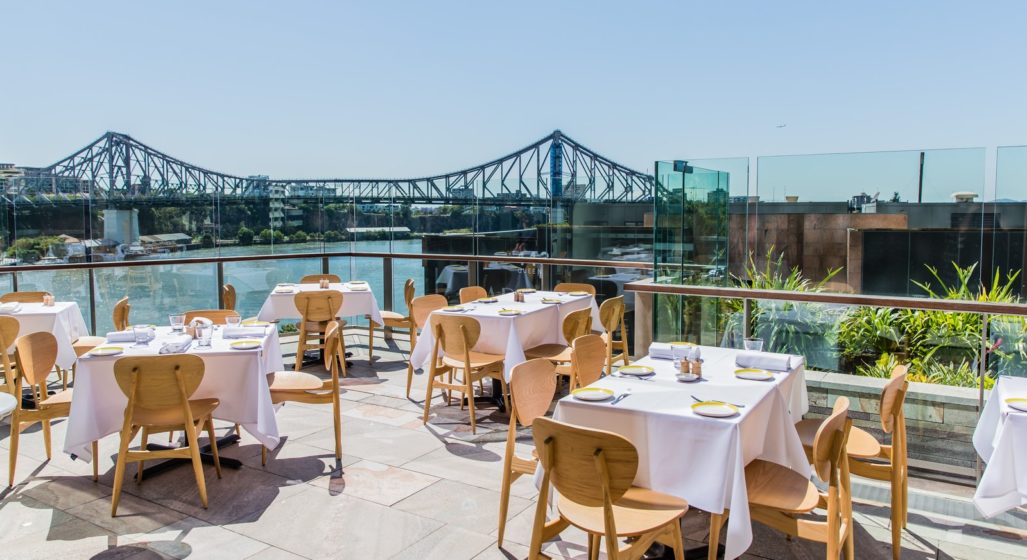 As we round out another year, we see The River City blessed with fresh faces and old favourites alike as it continues to up its culinary game to compete with likes of Sydney and Melbourne. With so many unique and impressive options to choose from, we’ve once again spent the last few months honing the crowd to select just eight of the best restaurants that call Brisbane home in 2019.

Screening was done considering factors of food quality, creativeness, dining setting, value for money and service, so you know your precious time is well spent in a chair in any of these restaurants. For a tipple before or after, check out our guide on Brisbane’s best bars as well.

Usually, when sampling a menu at a top tier restaurant, there are one or two dishes that stand out for being unique in concept and flavour, while the rest are the chef’s spin on the usual classics.

However, at Za Za Ta almost everything that hits your table is mind-blowingly different and delicious. Ever had Fremantle octopus with camel nduja, burnt eggplant, and salted walnuts? There simply isn’t anywhere like this in Brisbane, making it all the more worth a visit.

Sitting within Ovolo The Valley, the restaurant is influenced by a blend of Mediterranean and Middle Eastern cuisine, evidenced through heavy use of smoke, slow cooking and spices. The space itself draws themes from a bustling Tel Aviv bar, with tropical-colonial decor touches and jungle art pieces spread throughout. It’s bold and a bit wild, but manages to keep an air of modern luxury.

Regardless of which ingenious Israeli-inspired dish you choose, be sure to have a dig at the outrageously tasty fried goat’s cheese pretzel. What’s more, Za Za Ta holds special events worth keeping an eye out for, including vintage champagne degustations and bottomless brunches.

You’ll find OTTO on just about everyone’s list of top restaurants for good reason. Since opening in 2016, it’s worn the crown as the king of Brisbane’s modern Italian scene and is famed for its legendary consistency, pulling out sensational dining experiences time and time again. Run by Fink Group (of Quay Sydney fame), OTTO takes traditional Italian staples to the pinnacle of luxury with dishes like lamb shoulder strozzapreti and butterflied quail with Jerusalem artichoke.

Allow extra time simply to get through the expansive wine list, which is dominated by red varietals and holds the title of Queensland’s Best Wine List in the 2020 Gourmet Traveller Awards. I recommend allowing the sommelier free reign to match wines to your courses for a true Italian wine experience. OTTO’s magic happens on the fourth floor of 480 Queen Street, where diners are treated to uninterrupted views of the Story Bridge – you’ll want to stay from assaggi to dolce.

From the team who brought you Burleigh Heads’ Rick Shores, Little Valley is an innovative gem situated in the back streets of Fortitude Valley. Specialising in ‘Neo-Chinese’ cuisine, the Hatted venue has earned its stripes by purveying modern dishes bursting with imagination. The prawn and truffle har gow is a fascinatingly tasty dumpling reinvention, while the quail lup cheong left me wondering why I hadn’t visited sooner.

Little Valley’s ‘share-style’ menu of predominantly smaller plates is best enjoyed by selecting one of the ‘Feed Me’ banquets (with matching wines, of course), so you can sit back and let the team fire off their best hits. The wine list is deserving of a mention for the sheer volume of quality drops it boasts, and the impressive service even more so. Housed within a slick refurbished warehouse, the 70-seater venue sits below an arrangement of gold piping, with a bright and airy bar to the rear and a function space upstairs.

The team behind Urbane and sister restaurant The Euro are masters of the degustation, creating set menus so intriguing and delicious it would be a crime to exclude them from this list. It’s one of only three restaurants in Brisbane currently flaunting two Hats and for a fair reason – its approach to food is ground-breaking. Backed by a central theme of ‘evolution’, Urbane’s menu cannot be labelled by country or style, instead using favoured techniques, whether modern or traditional, from all over the world.

Most interesting is how modestly their dishes are announced to the world – the menu simply details each meal with a couple of words. However, once the food is on your table it would be difficult to describe in under a hundred. Urbane also offers a five and seven-course vegan degustation for those fans of plant-based options.

Another relative newcomer deserving of top status as one of Brisbane’s best restaurants is Salon De Co, a lesser-known representative of Spring Hill’s dining scene, but decidedly the best. It’s the flagship culinary offering at Ovolo’s Inchcolm Hotel, priding itself on the goal of ‘revolutionising the world with creative flair’. The restaurant is full of character and charisma, pushing the artistic boundaries between homely warmth and contemporary boutique styles. The dining room is masterpiece laden in wooden parquetry flooring, brass archways and early 19th-century art spread throughout.

The menu displays Salon De Co’s express intent to impress, as it brings characterful plates like the Maremma smoked duck and goat curd churros with truffle honey to the table. Head chef Andy Ashby cut his teeth in the kitchens at Qualia on Hamilton Island, so a touch of magic in this menu is all but guaranteed. Does Salon De Co do set menus? Absolutely not. Rather, patrons can simply opt for a bespoke menu curated by the chef based on your palate.

Residing in arguably Brisbane’s most tradition-steeped heritage building, Patina is the exquisite rebirth of Customs House’s acclaimed restaurant. Other venues on this list may have the riverfront address, but this number outguns them for the setting – surrounded by quaint fairy lights in a colonial-style garden, diners will simply forget they’re in the middle of the CBD. Matte black cutlery, golden menus, and a striking light installation are lovely additions to the decorum.

The menu was designed to feature appearances from the garden, pasture, sea and bay, with a strong emphasis on using local produce through a ‘paddock to plate’ philosophy (mushrooms are even grown in the building’s cellars). Highlights include the slow-cooked lamb shoulder with gremolata and the aged duck breast with kohlrabi and green mustard. Exemplary service is another one of Patina’s strong suits – you can tell customer service values run deep through their veins.

The pastel-hued Hellenika is undoubtedly Brisbane’s best new Greek eatery and is well-deserving of its spot on this list. The maestros in the kitchen have a penchant for blowing traditional Greek staples out the water with an onslaught of flavour. I’m talking about when you taste something so good that you stop chewing and search across the table for eye-contact, to find your guest is doing the same to you, mouth agape in awe.

Think parmesan smothered zucchini fries, spanakopita, eggplant moussaka, and what must be the finest baklava in the southern hemisphere. The option to sit poolside at the effortlessly cool Calile Hotel with a cocktail in hand makes for a tasty Brisbane summer afternoon session.

Hôntô is fantastic if you can find the front door. Once you’ve gone around the side of the building and deciphered the A4-sized sign, you enter Brisbane’s boldest Japanese restaurant. Think treats like tuna sashimi and avo served in a black drumstick, lobster katsu sandwiches and Asahi black battered whole fish.

If the diverse menu has given you a bout of analysis paralysis, I’d suggest having a crack at one of Honto’s flagship banquets ($55 and $70 respectively). Pair a banquet with a few drops from their 100-strong wine list and strap yourself in for a fanciful evening of Japanese indulgence.

Newly opened that we’ve yet to try