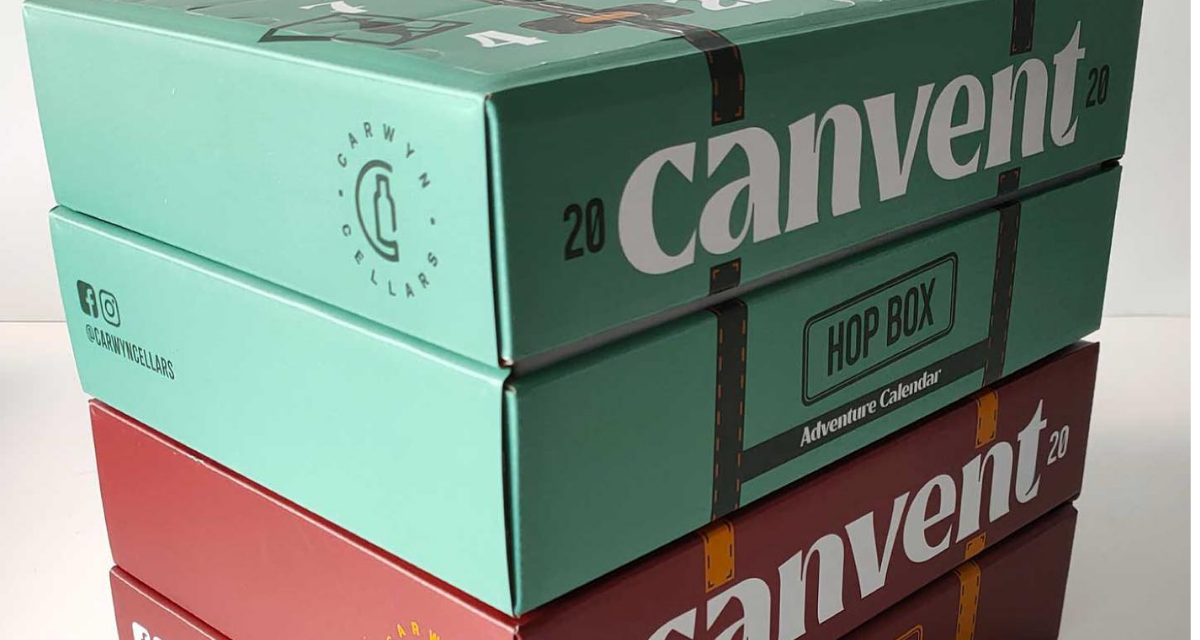 The team behind famed Melbourne bottle shop Carwyn Cellars have officially dropped their annual Carwyn Canvent calendar, not only reminding us that Christmas is fast emerging from the murky depths of 2020’s shitshow, but rounding up some of the finest independent breweries across Australia to give us the best countdown of the year.

The hotly anticipated $175 calendar has become a true-blue tradition for beer lovers nationwide, giving considerable power to the Carwyn Canvent as a platform for indie brewers. Each beer is made exclusively for the calendar, so it’s safe to assume that all involved have put forth the best recipes they can cook up, resulting in a diverse mix of 24 Aussie craft tinnies that this year is spread across two 12-packs – “Hop Box” and “Mystery Box”.

RELATED: BrewDog & Schorschbräu Unleash One Of The World’s Strongest Beers.

Hop Box isn’t just a zippy name. Where last year’s Carwyn Canvent leaned towards sours, 2020’s calendar is said to favour hoppier beers. Though to keep the range-wide, Mystery Box will jump all over the place, with darker beers, some sours, barrel-aged brews and even a few mixed fermented styles to help keep things spicy.

The boxes have been redesigned to fit better into most fridges, with each tinnie clocking in at 330-375ml. Apart from that, Carwyn Cellars are getting a tight lid on the specifics so as to not spoil the surprise for the swift cult following that eats up the Carwyn Canvent each year. Just know that at the time of writing, there are just under 200 left for pre-order before shipping kicks off at the beginning of November. There’s little doubt that this figure will reach 0 fairly soon, so we suggest getting a move on and clicking through to the link below for what will be one of the most quintessentially Aussie Christmas gifts you can give yourself this year.