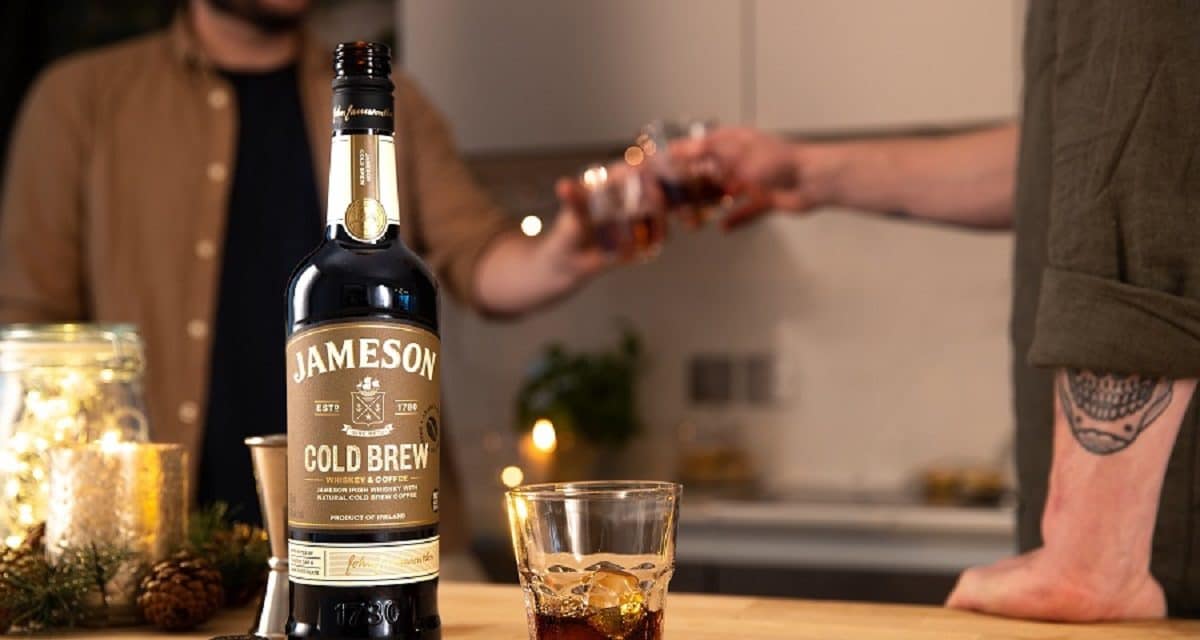 Although Irish whiskey and coffee have been intimate several times in the past, Jameson’s newest expression offers a distinctive take on the silky smooth blend. Jameson Cold Brew is the latest release (or rather, re-release) from the iconic Irish brand, marrying triple-distilled whiskey with 100% Arabica beans from Brazil and Columbia, brought back from its initial release to sate bubbling demand amongst Aussies.

Available in a very limited run for retail, as well as in some of the best bars across Sydney, Brisbane, and the Gold Coast, Jameson Cold Brew is intended to be a hard coffee alternative to the Espresso Martini, with layers of vanilla, toasted oak, and dark chocolate giving a distinct edge from the intensity of the Arabica.

RELATED: You Can Now Cop Baileys Cold Brew Coffee In A Can

Sydney bars Shady Pines, The Unicorn, Wild Rover, Oxford Tavern, and The Taphouse will be pouring the limited edition expression, which has enough coffee in it that one serving is equivalent to about half of a shot of espresso. Brisbanites keen on getting a hold of versatile tipple can head along to Brooklyn Standard, Empire, Press Club, or Suzie Wong’s. Anyone hanging out on the Gold Coast only has one option for in-bar hard coffee, Palm Beach favourite The Scottish Prince.

Of course, anyone in Australia keen on using it for a BrewTini – two-parts Jameson Cold Brew, one-part cold brew coffee, and half-parts simple syrup – can just pick one up from the local BWS or Dan Murphy’s. Although it sounds like just drinking it straight over ice with tonic and a wedge of fresh orange is the way to go.

RELATED: The Ultimate Pour Over Coffee Guide For 2020

Even though the release will likely disappear from shelves soon, Jameson’s Marketing Director, Eric Thomson, has said that pending success, the Irish Whiskey is “looking forward to introducing Jameson Cold Brew as a permanent release in Australia”.