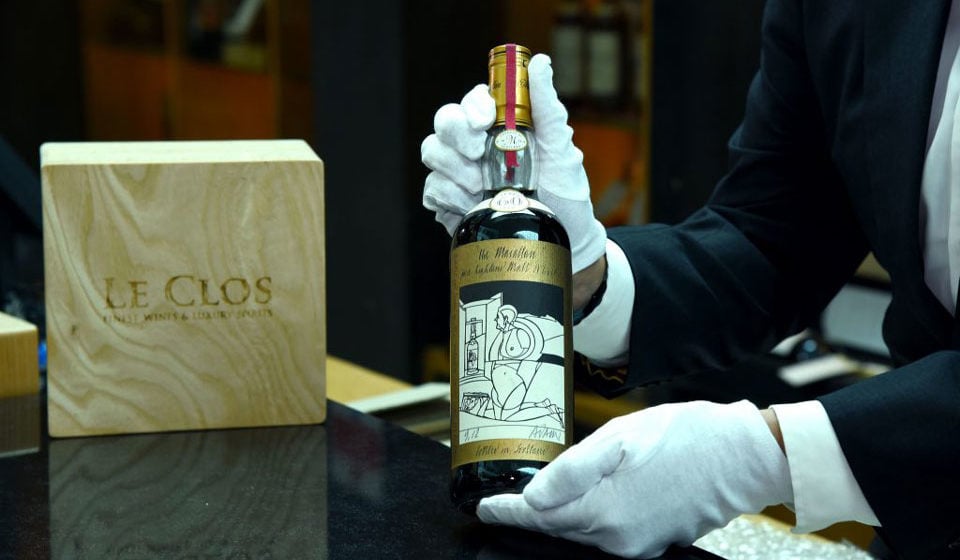 Just over a month ago, legendary Hong Kong auction house Bonhams listed two extremely rare Macallan Scotch whiskies for sale, with a combined value expected to pull in a staggering $770,000 next month on May 18th.

As it happens, an identical duo of these same, super rare Macallans was sold just two nights ago by Dubai Airport retailers Le Clos, beating Bonhams to the world record for the most expensive whisky ever sold.

Clocking in at an insane $1.2 million USD, the two whiskies owe their ludicrous price tag simply to the principle of rarity. It’s almost unprecedented for whiskies bottled in such limited quantities to ever become available for purchase, let alone both variations together. Both the Blake and the Adami spent over half a century aging to be finally bottled in 1986 and then wrapped in unique cover art from the acclaimed pop artists themselves.

Given the figures seen by the Le Clos sale, it’s now impossible to predict exactly how much the other duo will fetch in the near future at Bonhams, but we’ll be sure to keep you posted regardless.