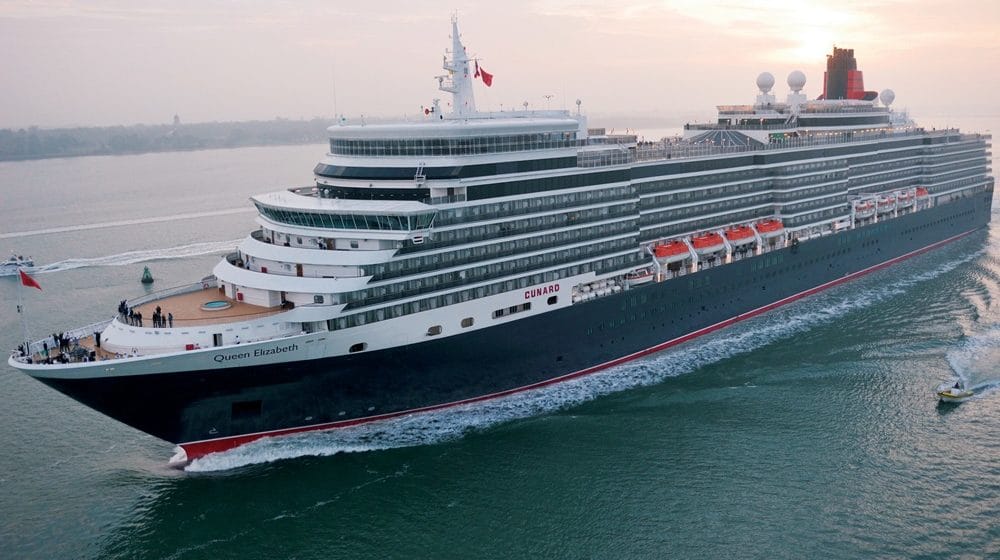 Few evenings are as special as one aboard the second largest ship in the Cunard fleet, Queen Elizabeth, as she spent her Sydney sojourn docked in the iconic harbour’s Circular Quay. Just under a year ago, in a slightly rogue move, Melbourne distillers STARWARD strapped a 225-litre cask of ‘The Seafarer’ whisky to the deck of the aforementioned Cunard Line ship for a 347-day tour of the globe.

Over the last year, the exposed Australian Shiraz barrel braved the elements of the open seas for 160 days and enjoyed a further 187 of them visiting more than 90 ports around the globe – everywhere from St Petersburg to Hong Kong.

The unique maturation process was a peculiar one, a hopeful experiment which had never before been attempted. Battered by the sun, wind, and rain, the cask also endured other rogue elements to the standard maturation process, such as sea salt and the motion of a ship at sea. Just two weeks ago, when the barrel was removed from its position on the aft deck in Melbourne, distillers still had absolutely no idea what to expect from the drop.

The occasion last Wednesday was a unique one in many senses of the term, but most notably unique because even if this process was attempted again, no conditions faced or route took by the next ship in question would provide the exact same maturation process as to the one we found ourselves tasting that evening.

Dubbed ‘The Seafarer’, the dram was presented to us onboard by STARWARD founder David Vitale as we collectively sampled and discussed the byproducts of elemental ageing against the barrel’s other half, another identical barrel which remained in Melbourne throughout the year as a sort of ‘control variable.’

“While The Seafarer still has STARWARD’s trademark fruit characters, the oak influences are stronger, our jammy characteristics have developed with time and the dessert cooking spices like vanillin are more identifiable,” Vitale said, and we had to very much agree with him.

The vibrancy and vitality of the Seafarer hit the palate first, with the numerous subtleties, most notably buttery banana flavours, wafting forward as the tasting progressed. It was a near general consensus that the Seafarer was the preferred choice out of the two, but it was also sobering to think that such a combination would never be replicated again.

“Even if we put a barrel of the same whisky on another ship for a year, we could never emulate the same weather conditions, so this really is a one-of-a-kind drop,” admitted Vitale.