Everything You Need To Know About Riot Games’ ‘Valorant’ 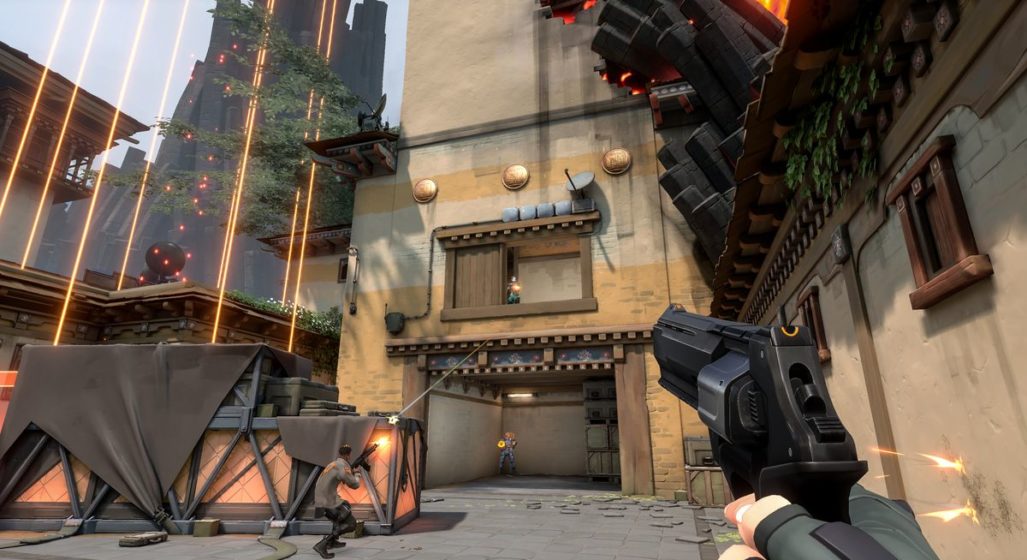 Call of Duty: Warzone has undoubtedly made some noise in these past few weeks, with COVID-19 induced lockdown playing no small part. But there’s another free-to-play first-person shooter that has just debuted. Even more intriguing is what it’s achieving despite only being in a limited closed beta. Yet by every indication – it looks as though it’s already positioned to take the esports crown from major incumbents like Counter-Strike: Global Offensive, Fortnite, and yes, even Call of Duty. The game in question is Valorant, and here’s what you need to know.

From free-to-play titans, Riot Games, Valorant has already been generating considerable viewership numbers in the first twenty-four hours of being live – which I’ll remind you again, is still only available in a strictly limited beta. We’re talking over one million concurrent viewers on Twitch consistently, with just a touch under four million total concurrent viewers. For perspective, one of Twitch’s highest concurrent total viewership count across the entire platform previous to this was around 3.99 million. Valorant is undoubtedly the present day rage for shooter fans.

Borrowing mechanics from titles such as CSGO, Rainbow Six: Siege, and Overwatch – complete with a highly-stylised and polished presentation – Riot clearly has a winner on its hands. At least based on what we’ve seen so far. The game pits two teams of five against one another with one team’s objective being to plant a bomb “spike” to win. If it sounds at all familiar, that’s because it’s almost identical to CSGO’s Bomb Defusal mode.

An exception to this is the start of round timer wherein teams can purchase equipment, strategise, and set up their defences – similar to Overwatch and Rainbow Six. However, where the core gameplay does depart from CSGO is the introduction of heroes agents and their distinct abilities. While several of these abilities are proxies for equipment such as flash and smoke grenades, other agents’ abilities act similarly to surveillance items, like the cameras and drones in Rainbow Six.

Regardless of all these borrowed elements, none of them seem to clash particularly nor rubbed anyone the wrong way, as Riot has been very transparent about Valorant’s design philosophy – fairness and competition. The closed beta is out right now with tens of thousands of accounts currently white-listed, even more expected to obtain access due to the growing viewership of Valorant streams.

Many household names have jumped onto the hype train such as Shroud, Summit1g, Tfue, and Mendo. And though the feedback thus far has been overwhelmingly positive, some personalities such as DrDisrespect have choice words for the title, i.e. “snooze fest” to watch. At this stage, there are only a few obstacles standing in the way of greater potential growth. By the looks of things, it may suffer from similar problem as Overwatch, with visual clutter being cited as a key issue making it a “challenging” spectating experience at times.

However, from a gameplay and user experience standpoint, it seems to have captivated current and retired pros from a plethora of FPS titles, many even abandoning their established career staple games to garner an early-footing in the scene – so that’s always a promising sign. It’s also worth noting at this stage that Riot has yet to reveal any official plans on a franchised league, tournaments, or any first-party support similar to the existing LCS, ESL, OWL, and CDL formats.

From the time of this article’s publishing, the closed beta is only accessible in Northern American (NA) and European (EU) regions; the recent COVID-19 outbreak having a logistical impact on Riot’s ability to extend elsewhere with dedicated servers. For those of us in the Oceanic (OCE) region, it looks like we may have to wait until later this year to get our hands on it.

Valorant is scheduled to launch completely as a free-to-play during NA summer. Find out more over at playvalorant.com.