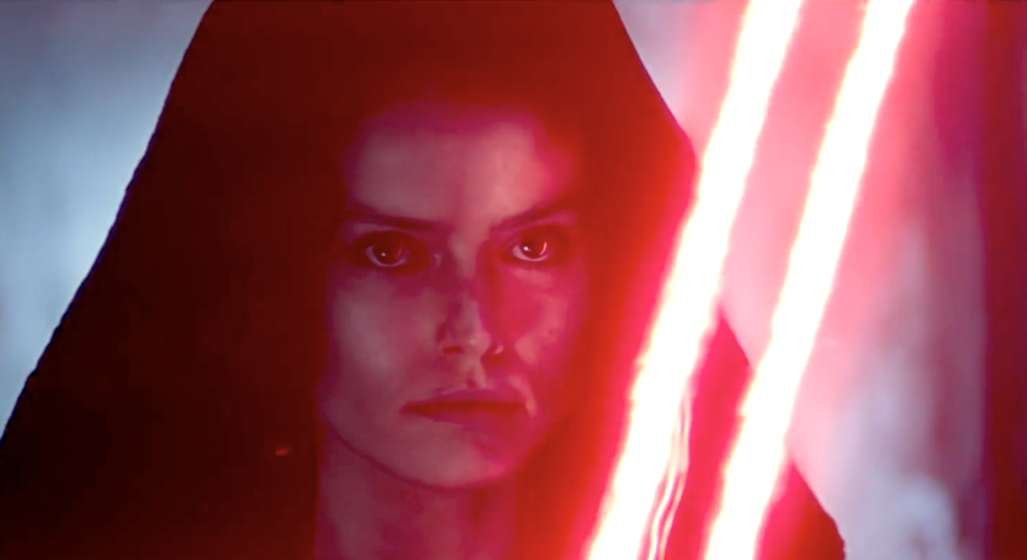 Alongside the first proper look at the upcoming Disney+ series The Mandalorian, last week’s D23 Expo also saw the initial trailer for Star Wars: The Rise Of Skywalker.

Opening with footage from the previous eight films, the trailer ends with Rey (Daisy Ridley) welding a red lightsaber akin to that of fan-favourite Sith Lord Darth Maul.

The final film in the sequel trilogy features an opening voiceover from Luke Skywalker himself, Mark Hamill, who exclaims; “We’ve passed on all we know. A thousand generations live in you now. But this is your fight.”

Check out the new poster for Star Wars: #TheRiseOfSkywalker that debuted at #D23Expo. See the film in theaters December 20. pic.twitter.com/FUSZaGQZE6

After highlighting the major plot points from the previous films, the trailer focuses on the core group of Rey, Poe (Oscar Issac) and Finn (John Boyega) preparing for the final showdown with The First Order. We also see a glimpse of the late Carrie Fisher as Princess Leia and Rey and Kylo Ren (Adam Driver) engaged in a lightsaber battle atop a ship in raging seas.

Surprisingly the trailer ends with another voice-over, this time sounding very much like Emperor Palpatine, declaring; “Your journey nears its end,” as Rey wields her double-bladed lightsaber. It begs the question; has she turned to the dark side of the Force or is this part of a larger story arc?

There’s not much in the way of major plot points to call out (aside from the obvious), but we do know the film is written and directed by J. J. Abrams and will also feature Kerri Russel, Domhnall Green, Richard E. Grant, Dominic Monaghan and Billy Dee Williams as the charismatic Lando Calrissian.

Star Wars: The Rise Of Skywalker will hit cinemas December 20 this year.

RELATED: ‘The Mandalorian’ trailer has restored our faith in Star Wars