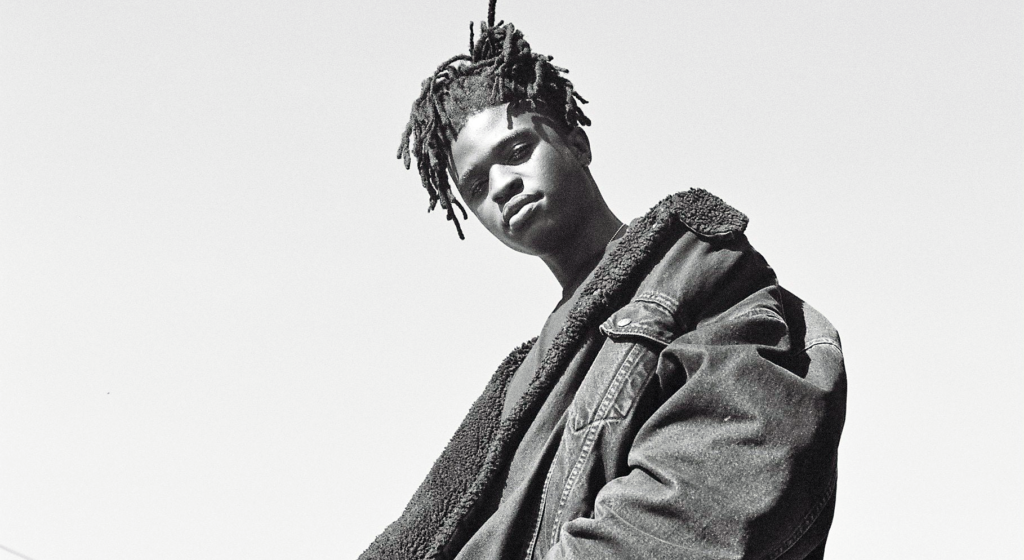 You may know Tapz from his work on Hermitude’s ‘Through the Roof’ and ‘The Buzz’. But with solo songs like ‘Killa’ and ‘Run Don’t Run’, the New Zealand based artist deserves respect beyond the Aria nominated collaborations. We recently sat down with him to discuss his background and how music came to be such a big part of his identity.

You’re originally from Zimbabwe. Does that heritage impact your music?

I think that it’s such an important aspect of me. In all my music you hear the grooves, whether it’s melodic or a rap song there’s a groove that comes from my African background. I feel like I’m representing all people who feel like they can’t embrace their weakness. Moving from Zimbabwe to New Zealand gave me a unique perspective that no one else has. That perspective makes me create music that brings people together whether they’re black or white, gay or straight. I aim to make global music.

Saying that, your work with Hermitude is probably what most people are familiar with. How did that come to be?

It kind of started when Red Bull approached me wanting to make a 10-song project in their studio. That went well and when I was doing the launch for it in Auckland, which was my first ever away show, I met this guy called Mzwetwo. From there he and I eventually formed a creative collective called Gallantino and the first song we made (which he produced) was ‘Found Her’. Hermitude found the song and were a fan of my voice.

They then flew me out to Australia to record ‘Through the Roof’. Whilst we were working on that, I got to hear their unreleased album Dark Night Sweet Light. Hearing that, I told them I wouldn’t leave until I was on ‘The Buzz’. Luckily enough they wanted a male top line for the track, so they eventually let me perform on it. A platinum song and Aria nomination later, here we are.

With that and the release of another solo single ‘Killa’, you decided to sign with G.O.O.D Music management (which was founded by Kanye West). Has the American side of things impacted how you create your music?

Yeah, when I went to Los Angeles last year I found that the industry there is very fast paced and makes a lot of promises. It’s like everyone you meet on the street wrote on the Beyoncé album. Apart from that, America represents my love of hip-hop culture. When I started listening to that kind of music as the only black kid in my neighbourhood, I felt a connection. It made me comfortable with being different because the guys I was seeing were black and cool, which at that time felt impossible.

Going to the States was a defining moment. I don’t want to be just a rapper, I want to be able to channel a number of my influences; Michael Jackson, Kanye West and punk rock all come into my music. The States gave me the resources to communicate at the level I wanted to communicate at.

It also came at a time when I had just taken two years off from releasing music. That period was about finding what I wanted to make and learning how to produce things myself, with it all eventually translating into various projects that occurred in the States.

Taking that time off, did you ever feel pressure to release projects? Especially with certain artists like Drake and Future now dropping heaps of music in a short amount of time.

No, because I���m trying to make timeless music. All the artist I grew up listening to are timeless; I’m still listening to them now. My goal is not to make music that’s not just consumable now, it’s going to be consumable 5 or 10 years from now. I was also doing things in that time to make sure I wasn’t forgotten. I was playing new shows, trying new things. Hermitude gave me a chance to do shows in Australia and figure out what works best live, which really helped me develop.

Do you feel like you’re constantly being associated with Hermitude?

I had a solid fan base before the Hermitude stuff. Even before working with them I played a show in Russia to a sold-out crowd of 4000. I definitely had fans and that helped me to not just become “that guy on the Hermitude song”. I really had my own entity and identity. ‘The Buzz’ and ‘Through the Roof’ did however help to introduce me to Australia. I love the guys for putting me on those songs and I’m definitely excited to work with them in the future.

Were you surprised that people gravitated towards your music in Russia?

For me, growing up in a place like Zimbabwe meant I couldn’t speak English. When I listened to guys like Michael Jackson back then, I understood everything that he was saying through the feelings he portrayed, not the words he said.

When I make music, I am never bordered by the 4 million population of New Zealand, the population of Australia or even the world. I communicate through feeling and being in Russia is a testament to that. They couldn’t understand what I was saying but they were jumping around and singing the hooks because they recognised the feelings.

That recognition comes if you’re honest and can articulate who you are, through words or through art. I communicate through art; through how I dress, how I produce and how I sing. No border is going to tell me who I can communicate to. Tapz is for the people.

Was there a specific moment where you knew you wanted to commit your life to music?

The career defining moment for me was when I told my parents that I was quitting uni to do music. I was already in the States and called my dad to tell him I wasn’t going to go back. But the very first time I felt like music was it was when I was 12 or 13 and I showed my friends the first song I had ever made. It was shit but I felt like that’s when they truly started to understand me and see who I am. I just wanted to express myself and art was the perfect medium.