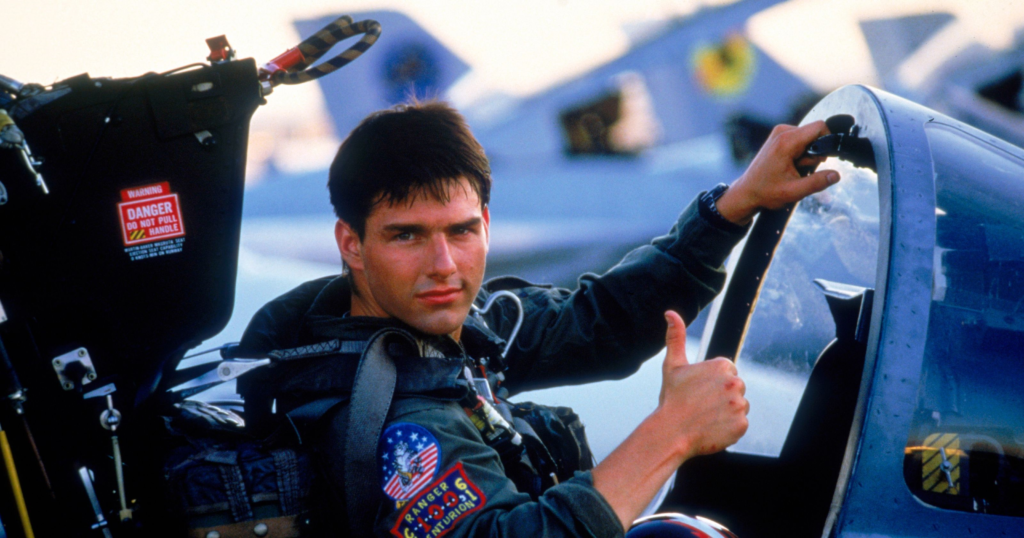 In the final stages of an interview with Sunrise this morning, Tom Cruise has confirmed rumours that a sequel to the classic of modern cinema has been greenlit for revival.

Unassuming and definitely not expecting any definitive answer, Samantha Armytage probed Cruise on the morning TV segment as to whether a ‘Top Gun 2’ was actually happening.

It’s more than 30 years since Maverick and Goose took to the skies in a now cult-status film that won critical acclaim for its state-of-the-art action sequences and aerial stunts.

The original was re-released in 2013 for IMAX 3D and adopted into the U.S. Library of Congress’ National Film Registry two years later. It was honoured for its “cultural, historical, and aesthetic” significance.

A sequel has been tentatively discussed since 2010, yet both Cruise & Jerry Bruckheimer have faced various obstacles, most notably the death of original director Tony Scott last year.

Further details are yet to be confirmed and Paramount Pictures have declined to comment on Cruise’s remarks.