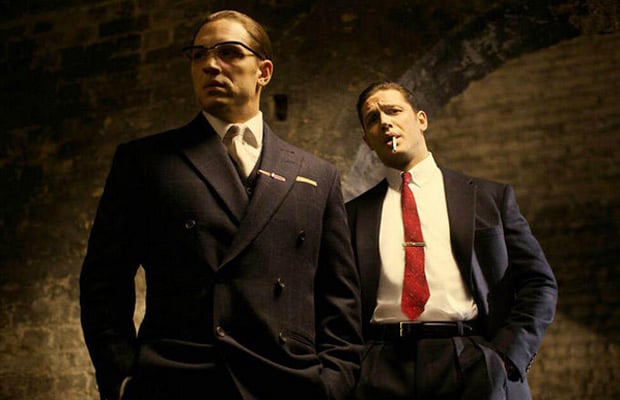 It’s hard not to get excited about Legend with such a rich tapestry of talent behind it. Directed by Brian Helgeland, the writer behind one of the best recent crime noir’s in L.A. Confidential, the film focuses on Tom Hardy’s identical twin brothers, Kray. The twins were responsible for raising hell in 1950’s & ’60’s London, and received a level of infamousness for their friendships with entertainers such as Frank Sinatra and Judy Garland. Hardy has already proved himself a major force crossing between major Hollywood blockbusters (The Dark Knight Rises & Inception) and indie spirited acting pieces (Bronson & The Drop). With one of the brothers being a reported schizophrenic, the film gives Hardy a chance to play two very distinct characters head to head.

Hardy has an emotional capacity almost unrivalled by any other actor working today, drawing comparisons to theGodfather (of them all), the late great Marlon Brando. The trailerpromises a stylistically slick film, that also features Melbourne’s very own, Emily Browning. It hits cinemas sometime later this year.