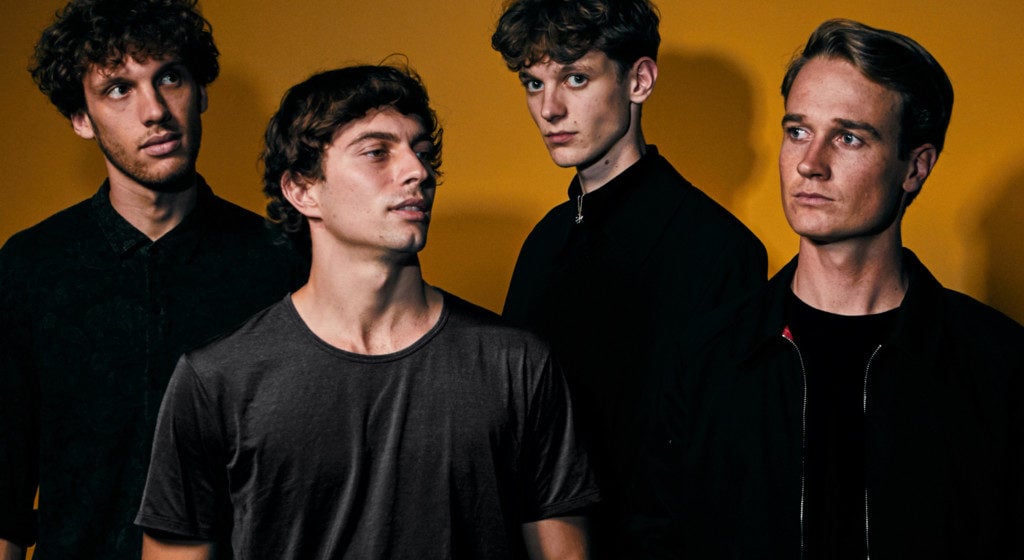 Byron bred boys, Tora, are set to hit the road again in lieu of their upcoming album, Take A Rest. We sat down with Jo Loewenthal of this indietronica band, to talk the value of home, the balance between tour life and static life, and of course, their latest work.

Are you familiar with the Martin Scorcese film, The Departed?

Jack Nicholson’s character has this one line in the opening scenes, where he talks about people being products of their environment. Do you feel this is the case for both you and Tora as a collective?

I think definitely. We live in a place where there’s such a chill overall vibe, and I think that for me reflects on us as people and the music we make. Our lifestyle definitely shaped the way we are. Yeah.

I feel like Byron as a creative backdrop really embodies the entire ethos of Tora, meaning now in Greek and all.

I reckon so man. It’s a place where you tend to be very present, because there’s not… it doesn’t feel like you need to be somewhere else. You can just kind of, be here, be in the now, and be in it. And be content in your surroundings.

So like life moves a little slower there, but that’s OK?

Yeah, definitely. Life… the pace slows down, really a lot. Especially in comparison to when we’re away, and when we’re touring, it’s a really fast paced vibe. It’s slow but comfortable.

What can you tell us about your new album Take A Rest?

It’s got fifteen songs, there’s one instrumental… we have lots of vocals on the album—myself, Jai, and we also have Mez (Merryn Jeann), Grace Pitts, and Sam Lawrence, so we’ve got quite a varied sound in the vocals. Featuring a lot of artists and stuff like that. There’s lots of experimentation in the production style, we tried to bring in as many fresh, new sounds as possible into this body of work. But there’s still the moment in the album where there’s a lot of space, and sort of simple lyrical messages for people to easily relate to.

Did the process of making this differ than previous works?

In some senses yes, and in some senses no. The first couple of EPs were quite collaborative from the beginning, we start quite a lot of the ideas together and worked them all the way through as a group. This time around because we were travelling a lot, touring in different places all the time, we weren’t necessarily able to work on songs together, one of us just might be on the tour bus with headphones, working on the beat, or working on a synth part, and then when I load it on the track, you’d have a song that’s almost finished, and when we actually got to the point where we were ready to put the demos together and work on it, we’d actually… took all our ideas, put them in a pool, and produce the album together.

The writing itself was quite separate, also when we got back from tour, we had nearly an eight-month period where we were just spending time in our own homes, separate, working on songs individually… when we came together and finished it all off, that was the part, I guess, that was similar to previous albums.

You’re also about to embark on an album tour, having just gotten the massive international tour under you belt a year and change back. How have you been preparing?

It’s funny. It’s just an endless cycle where you write, and then you tour, and then you write, and then you tour. We’ve been spending hours and hours in the practice room, just working on the live sets, trying to get all of the elements that are in the album to come even more to life in that environment. There’s some things that we’ve adapted and changed in a sense to make it more exciting live. We’ve spending a lot of time getting that ready, and we’re fairly confident… I think in an emotional point of view, we’re pretty prepared to have the draining lifestyle again.

I guess it all comes down to that whole thing of, “… home is home for a reason…”, right?

Yes, exactly. For sure, man. When it comes down to it, without the balance of being able to come home and relax and write music, process everything that we’ve experienced, the touring wouldn’t be fun. It’d just be constant hard work.

Obviously your body of work is chill and relaxed, and with live acts there’s a desire to bring about a certain gravity about it – how do you reconcile the two during live performances?

In the back of our minds when we’re creating something, there’s always the thought of how we’re going to do this live, or how we’re going to make it more exciting live, even. We like the idea of when somebody comes to see us, it’s a different experience from what’s on the recording. But at the same time still similar enough to make them feel like they’re getting what they came for. So I think the main difference in the live set as opposed to the recording is just the amount of energy we bring to the stage.

This is something I ask every Aussie act, and especially to those with a Triple J Unearthed affiliation. What advice would you give to all the would-be local artists out there?

You shouldn’t focus on trying to be the next big thing. You should focus on making something that you truly love. And you want to share. And you’re confident in. and once you’ve found that sound, then just go for it… Don’t be afraid to give away your music, to let people have your music for free. Just get it out there. Put it up wherever you can. Get as much exposure as you can. If the product really is good, and people can relate to it, then it’ll naturally just spread like wildfire.

And finally, I guess I’ll dust off that old interview cliché and ask you what’s next?

Me personally, I’m always working on stuff. Even outside of Tora, working on my own stuff, but also producing for other artists. And writing songs for other people. I guess for me, I kind of have a vision of where I want to go, and that is to be making as much music as possible, with as many inspirational people as possible. There’s so many artists out there that I’m inspired by, it’d be a shame to just pick one or two of them. I’m just going to be making music, and treating it as I always have, doing it for the love of it, and everything else will fall into place.