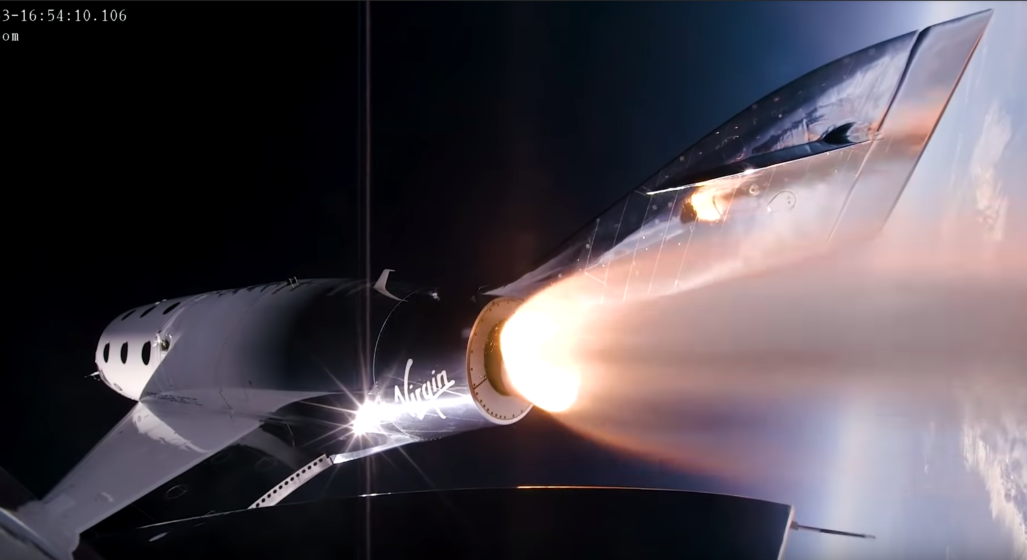 Just last week we were talking about Virgin’s adult-only cruise ship, jam-packed with opportunities for luxury and relaxation. Now we’re talking about the same company – only this time Virgin is 80,000km above sea level and the experience is a little less relaxing.

The Virgin Galactic SpaceShipTwo reached literally astronomic heights on Saturday as the second craft launched into space by Virgin’s space program. The achievement, which was first made in December of last year, has been a lifelong dream of CEO Richard Branson.

The spacecraft was carried up to 45,000 feet by a mothership called WhiteKnightTwo, before detaching and accelerating to well above three times the speed of sound. The crew consisted of Virgin Galactic pilots Dave Mackay and Mike Masucci, as well chief astronaut instructor, Beth Moses. See their breathtaking trip and understandable reaction in the clip below:

Branson himself hopes to hop in one of his own creations before mid-year. For him, the reality of privatised space tourism is in reach. And if you’ve got anywhere north of $350,000 ($200k USD), this could be you.