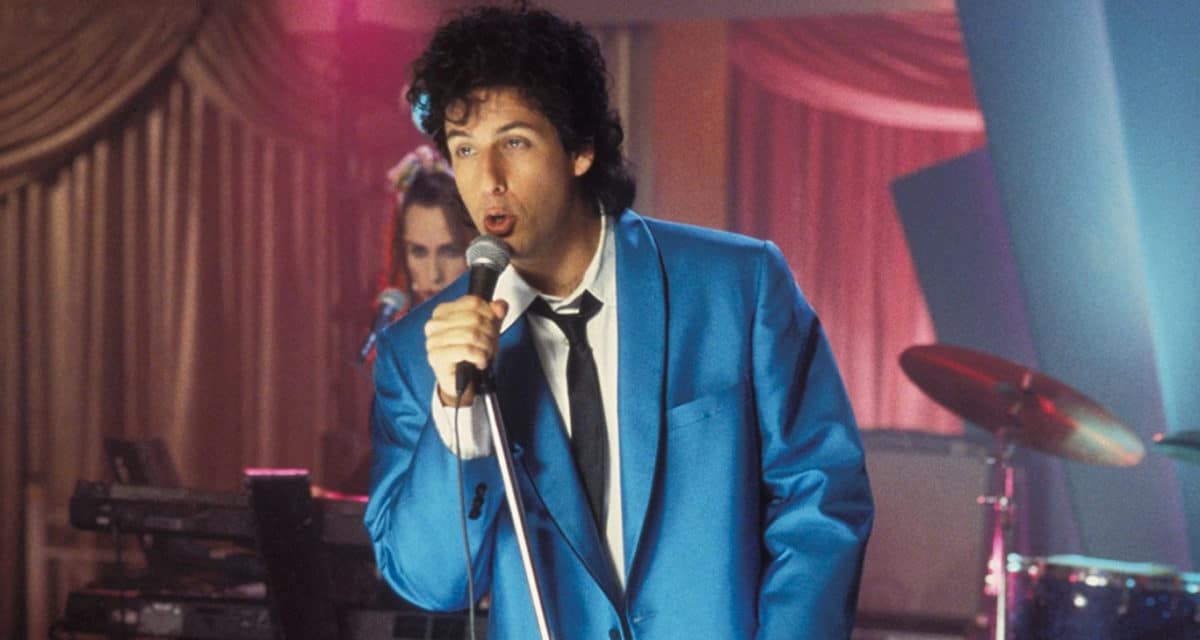 If any Adam Sandler film was going to work as a hit musical, it was The Wedding Singer.

Frank Coraci’s untouchable 1998 comedy about down-and-out wedding emcee Robbie Hart (Sandler) and his budding relationship with the soon-to-be-married Julia Sullivan (Drew Barrymore) was initially turned into a hugely acclaimed Broadway production back in 2006. Since then, the production has played to sold-out shows across Broadway and the West End. Now, it’s finally Australia’s turn.

Originally slated for its Aussie debut earlier this year – but delayed due to obvious pandemic-related reasons – The Wedding Singer musical will make its way along the country’s east coast from April 2021. And while its domestic cast hasn’t yet been locked in, producer David Venn has recently kicked off a search for the leads, auditioning not only musical theatre pros, but also real-life wedding singers for the titular role.

The musical has been written by Chad Beguelin, who handled Aladdin’s stage debut, alongside Tim Herlihy, who wrote several standout screenplays for long-time collaborator Adam Sandler, including The Wedding Singer, Happy Gilmore, and Billy Maddison.

While The Wedding Singer has been nominated for a Tony Award for Best Musical, the production has also seen mixed reviews on the West End, with UK publication Standard going so far as to call it “stunningly lame”. Regardless, the heady 80s-nostalgia the stage show reportedly leans so heavily on, and the fact that The Wedding Singer is one of the greatest romantic comedies ever made, should at least make for a genius date idea.

Venn has said that the show will be completely COVID-safe and might even require social distancing on-stage. Although there’s no such thing as pandemic insurance, so touring will be at the mercy of how things pan out in the coming months. The pandemic has already forced the cancellation of a planned American Psycho musical, so the risk is still there. Notably, the 2021 local arrival of Hamilton is still on the cards.

The production will land at Melbourne’s The Athenaeum Theatre first on April 30th next year for a “strictly limited season”. Come June 16th, it’ll head on over the Gold Coast’s Home of the Arts (HOTA), before wrapping up at Sydney’s State Theatre from July 1st.

Tickets for The Wedding Singer musical will go on sale from December 1st, but the official website has now opened up its waiting list.