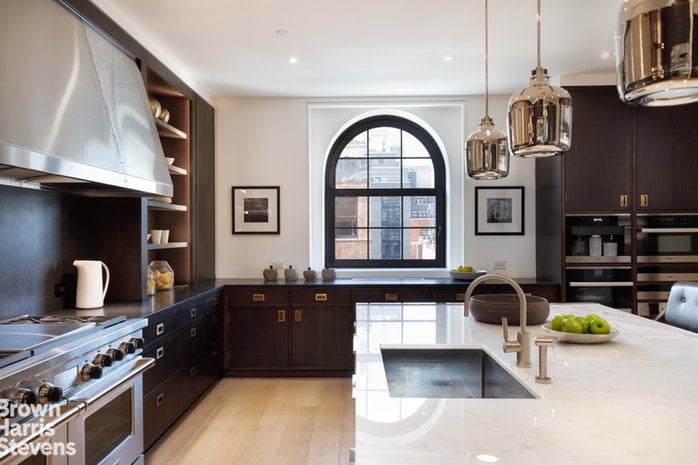 The Mercedes driver snapped up the 8,908-square-foot digs for US$44 million back in 2017 – but never actually moved in.

Three years on, Hamilton re-listed the property for US$57 million only to recently slash the asking price for the landmark loft condo. The property spans three floors – with a ‘great room’ that boasts 20-foot-high ceilings being the centrepiece of the penthouse.

A giant private rooftop terrace with a plunge pool, outdoor kitchen and open city and river views can be accessed by a private elevator that connects the three floors.

Turkish baths, valet parking, 24-hour concierge and a 23-metre lap pool are just a handful of amenities such a postal address will get you.

Hamilton has since decided this address wasn’t the right one for him, and according to the NY Post, has since purchased a US$40.7 million unit at 70 Vestry, where he’s next-door neighbours with Tom Brady.

GOATs living with GOATs. We wouldn’t expect anything less.

Check out the penthouse below and see the full listing at bhsusa.com.

RELATED: What Is Lewis Hamilton’s Net Worth?