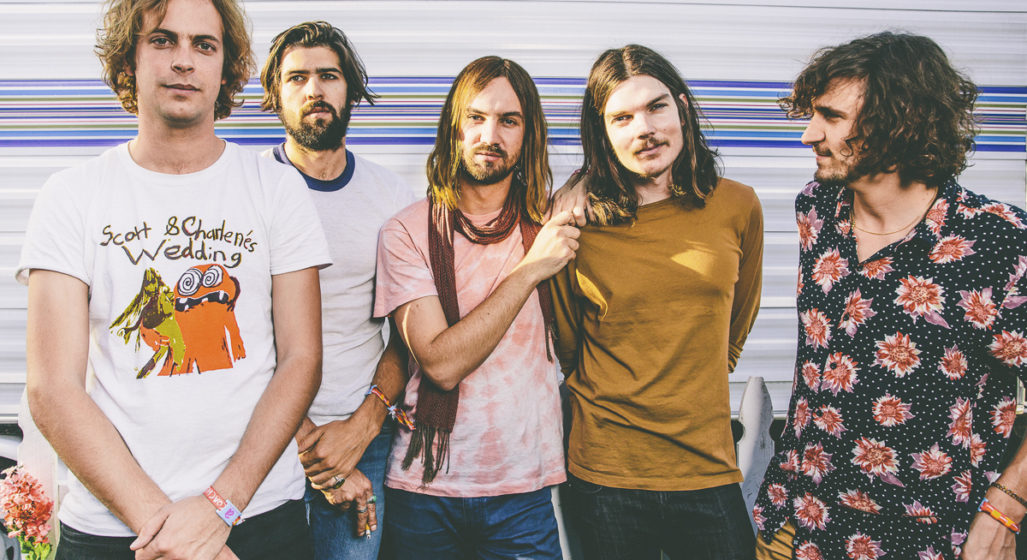 As the smug crooning of Michael Buble echoes throughout department stores and with 2016 in arm’s reach, let’s take a break from the Christmas pandemonium and examine the musical highlights of 2015. With Adele returning to dominating the charts, Justin Bieber surprised everyone as he put out an album of tolerable music. Drake, with his Elaine Benes-esque dance moves, became the most prolific meme of the year, while Macklemore and Ryan Lewis proceeded to defecate in the public’s ears, naming their latest bowel movement “Downtown”.

Regardless of your genre of choice – be it pop, rock, hip-hop, EDM and anything in-between – 2015 saw the release of a slew of incredible albums, making the task at hand all the more difficult. There are still three weeks left in the year, but barring any unexpected releases, here are the five of the most influential, powerful and infectious albums of 2015.

Beach House have never been much for drastic change in sound or style – a characteristic that in other artists like Oasis and David Guetta is seen as their biggest downfall. The duo of Victoria Legrand and Alex Scally have spent the better part of a decade perfecting the nuances of their dream-pop stylings. While steadily progressing from album to album, the core of their sound – Legrand’s breathy, low-pitched vocals and Scally’s arpeggiated, downtuned guitar – remain as effective and emotive as ever.

2012’s Bloom saw the duo introduce live drums, with every percussive boom filling in the band’s already dense production. Depression Cherry sees the return of the drum machine, and while the beats in this album are often lost within the mix, it allows Legrand and Scally’s minor technicalities, such as the 8-bit broken chords in “Space Song”,the distorted guitar slides in “Sparks” and the haunting backing vocals of “Days of Candy”, to shine through.

The real beauty of the Baltimore duo’s fifth album is the fact that they’re following their tried-and-true formula, yet still managing to open up entirely new realms of sonic exploration. Beach House have a knack for making you feel pure bliss and heart-aching loss within a single song, and for the ensuing 45 minutes, it’s hard not to lose yourself in their reverb-drenched world.

After multiple collaborations with Earl Sweatshirt and his successful 2014 EP Hell Can Wait, Long Beach rapper Vince Staples put out his highly anticipated debut album in June this year. As a double album, Summertime ’06 is an exception to the norm. While many double LPs lose direction and focus over time and result in the listener cherry-picking 3 or 4 highlights from two discs, Staples’ razor-sharp observations and impeccable flow never slacken.

From the opening chants of ‘Lift Me Up’ to the closing drawls of “06”, Vince Staples takes us on a deeply personal and often depressing account of the summer that in his words was “the beginning of the end”. His life in the North side of Long Beach was plagued with racism, drugs and gang violence. He’s eventually become desensitized to the hood politics surrounding him as he brags “I ain’t never ran from nothing but the police” on “Norf Norf”

“Summertime”, the closing track of the first disc, is the closest thing to a love song on the album. This is a man who is afraid to open himself up, stemming from a fear of letting down others around him. The jolty, minimalistic production from No I.D and Clams Casino sublimely complement the dark, nonchalant tone of the album, all the way through to its disjointed coda of television static.

Rising from the shadow of his band the xx , Jamie xx ditches the melancholy, almost dark atmospherics he and his band are most known for. The London producer’s debut album, In Colour, took more than six years to craft and documents his evolution as a producer.

Taking influence from garage, rave and downtempo, xx somehow manages to pay homage to the past while creating dance music that never feels cliché or predictable. The whole album is a testament to Jamie’s minimalist abilities – grabbing few layers and samples, manipulating them and creating 42 minutes of lush melodies and understated beauty.

Album opener “Gosh” propels forward with a jaunty beat and warped vocal samples from an unaired BBC 1 program. A swell of hushed synths slowly dominate the mix, and officially ushers in the arrival of the London producer’s vibrant debut. Slow burners like “Loud Places” encapsulate you with their frankness. The xx bandmate Romy helms the vocals, backed by a full choir, and pines about the contradiction of her life: her love has left her feeling isolated, and the only way she combats this is seeking others “to be quiet with/ who will take me home”.

2. Kendrick Lamar – To Pimp A Butterfly

Arguably the biggest figure in hip hop today, Kendrick Lamar had one hell of a task ahead of him: creating a follow-up to 2012’s highly lauded good kid m.A.A.d city. Lead single “i” was released back in late September 2014, although the album version resembles more of a live performance than the clean production of the single. The 808’s, sub-bass and slick production that dominated his previous efforts were thrown out as Lamar leads a revival of live instrumentation in rap music.

It’s a dense album, one that’s overwhelming at first glance. Taking it’s influences from 70’s funk, jazz and spoken word, To Pimp a Butterfly explores Kendrick’s incredible rise to heights, the guilt of his success, and the ever-nagging fear that he could lose it all in a heart-beat. Having witnessed racism both in the streets of Compton and within the entertainment industry, his message to listeners isn’t about getting caught up in gang politics. Rather, its the conflict within that you should be concerned about, the ability to respect and love oneself.

To Pimp A Butterfly is nowhere near as accessible or straight-forward as his previous releases. Yet it’s complexity, both lyrically and musically, demand multiple listens in order to truly appreciate this landmark album. It pushes radical Black politics to the forefront and is far and away the most culturally relevant album of 2015.

Aussie psych-rockers Tame Impala are no stranger to accolades or best-of lists. 2010’s Innerspeaker and 2012’s Lonerism were both near-perfect records coated with layers of distortion and musings on isolation from society, scoring the band ARIA’s and festival spots around the world. In Currents, Kevin Parker’s loneliness has blossomed into an album of heartbreak with a strong focus on his metamorphosis from solitary to a music icon.

These themes are perfectly covered in “Yes I’m Changing” – a track about accepting the end of a relationship and being able to close the door on the past. It’s also about Kevin Parker himself, being able to evolve from a musical recluse to ultimately accepting his gradual rise to stardom. The concept of change is also embodied within the instrumentation – the most noticeable difference between Currents and past releases is the surprising lack of guitars throughout the album, with Parker opting for the synth as his weapon of choice. Seven-minute opening track “Let It Happen” forces you to let the powers that be take control, and the jarring ‘breakdown’ in the middle takes multiple listens to acclimatise to.

Parker has always been known as a perfectionist when it comes to the production of his music – during the recording of “‘Cause I’m A Man” he completed more than 1000 takes for the vocal track alone. As a result, Tame Impala have put forward a record for audiophiles. Every manipulation of a synthesizer knob, every sweep of a filter, every resonant bass line – even the click of a finger – is so meticulously curated and crafted that you’re left with 13 flawless psychedelic pop tracks.