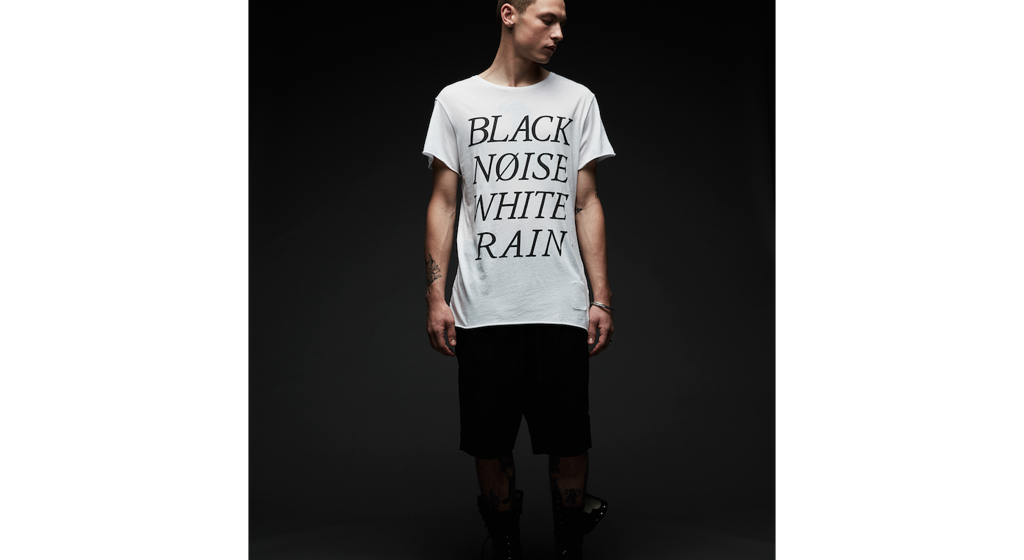 Black Noise / White Rain have just launched their Spring 2017 range at Ksubi and General Pants. Their new range, ‘Future Relics’ features t-shirts, pants and shorts and is a diffusion of art, design, architecture and underground music. In just their second full season we’re impressed by the fabrics.

We’re over the cheap sh*t that too often passes as quality and appreciate the hand stitched, combed cotton t-shirts, uncut threads and signature Black Noise/White Rain finishes. Up until now it’s been a matter of spotting small indie designers and following them season by season in our capital cities.

We’re now all about this Future Relic range and think the blacks, dark greys and indigo, khaki and worn-in white make it a current classic – if that’s not an oxymoron – when it comes to a bit of seasonal directional clothing.

We’d probably add a bit of denim to elevate the look if were heading out or on a date. It’s definitely minimalist in aesthetics even with the dropped crotch pants. Black Noise / White Rain and the Future Relics is only available in Australia at Ksubi and General Pants.