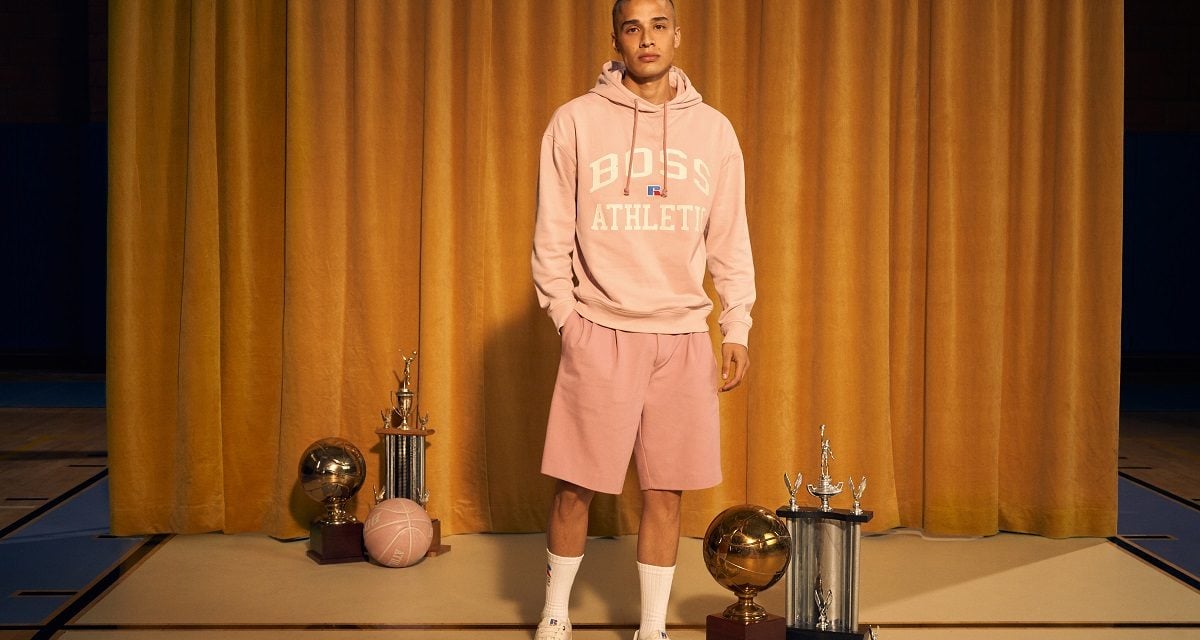 BOSS and Russell Athletic first announced that they were working together towards the end of last year, teasing a casualwear capsule collection that married both brands’ archives in a seamless, stylish fashion. Late March 2021 was promised as the official launch date for the BOSS x Russell Athletic capsule, and thankfully there have been no unforeseen push-backs – the drop is now available globally for all you streetwear fiends.

Borrowing inspiration in equal parts from tailoring and sportswear, the highly functional clothing and apparel featured in this co-branded capsule totals around 30 pieces and has apparently been a very long-time coming.

When it was first announced in October 2020, Wilts recalled that a Russell Athletic sweatshirt was amongst his very first purchases when he was moved to the U.S. He’s wanted to “do something” with the brand ever since, making this a project that’s as much about personal passion as it is about street fashion.

The unisex capsule is obviously geared towards creating some new off-court classics for those who want a more seamless blend between the worlds of fashion and sports.

Included in the newly released capsule are co-branded hoodies, sweatpants, an eye-catching rose-coloured single-breast suit, various shirts, as well as caps, beanies, and socks. The sporty details and retro-inspired colour palette can be seen across each relaxed-fit piece, setting the capsule apart from mostly anything else in the world of casualwear right now.

Sketching a sportier aesthetic onto BOSS’ typical pieces, particularly the $899 BOSS Suit, is the kind of harmonious marriage between both brands that we like to see – a splicing of two very well established design languages that may just go on to impact the way each brand approaches their respective styles further down the track.