House of Bijan: The World’s Most Exclusive & Expensive Menswear Store 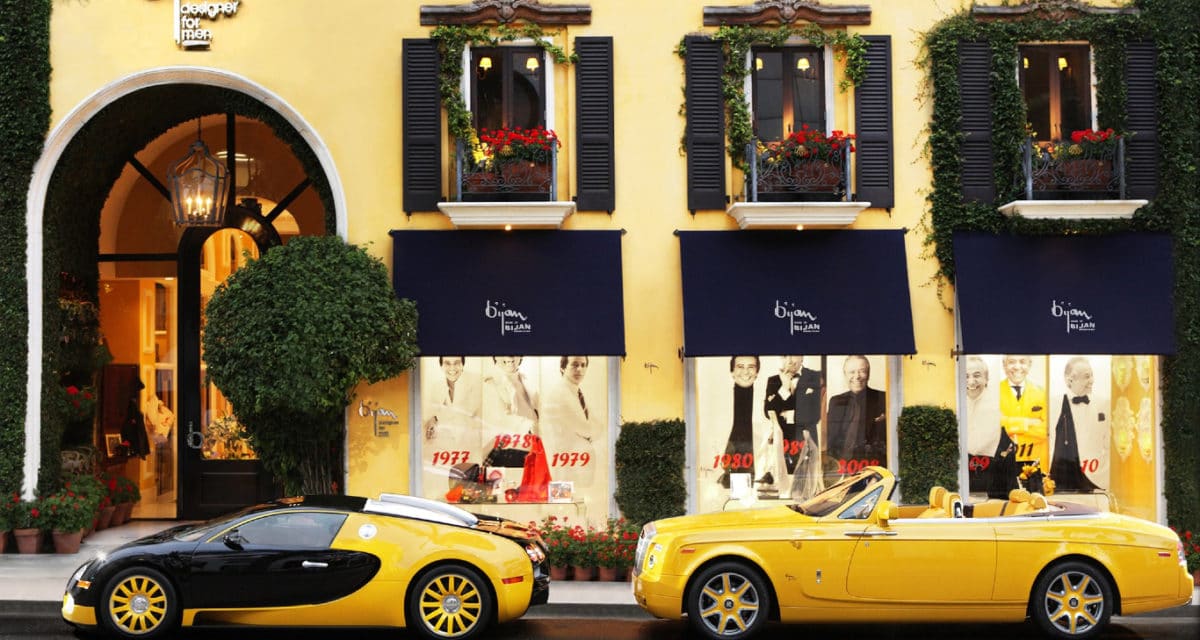 Opened by the late Bijan Pakzad after he migrated from Iran in the early 1970s, The House of Bijan is now run by his son Nicholas, selling some of the most expensive clothing, shoes, fragrances, and accessories in the world. This is a shop where a standard suit retails for around US$10,000, a matching tie for US$1,000, and includes shoes made from crocodile and kangaroo leather. But don’t think you can just stroll in off the street, as all visits to the House Of Bijan must be made by appointment and approved by Nicholas.

As you can imagine, the clientele is a who’s who of the rich and famous, with the House of Bijan tailoring suits for world leaders including Barack Obama, Ronald Reagan, Tony Blair, Vladimir Putin, along with sorting threads for the likes of Arnold Schwarzenegger, Michael Jordan, Giorgio Armani, and Tom Cruise.

Inside, The House of Bijan’s decor is as lavish as the clothing on sale, featuring marble floors, fine woodwork, a crystal chandelier, and artwork worth more than your average Aussie home. Check out what all the fuss is about in the video below, with Nicolas Pakzad taking Forbes on a tour of the famous boutique.