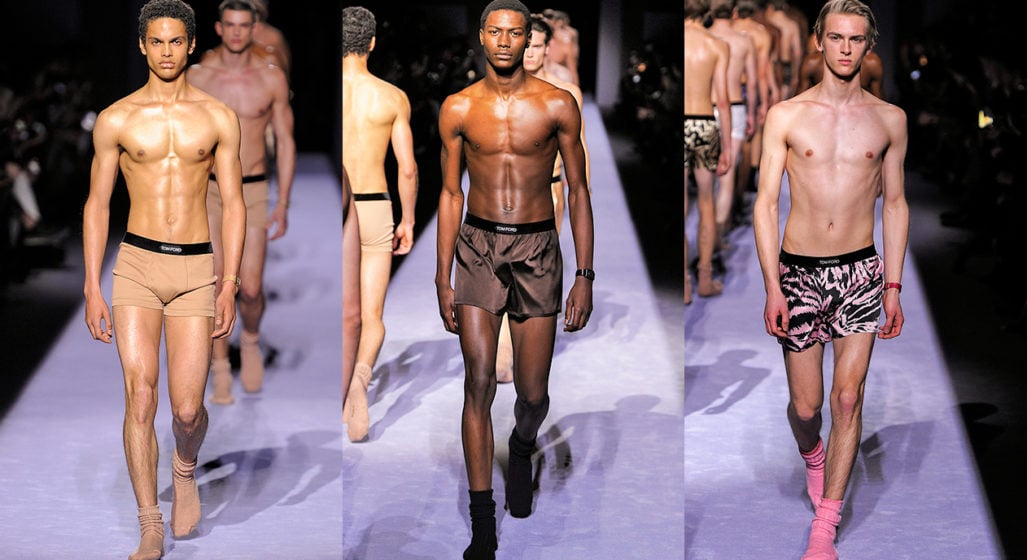 Fashion god Tom Ford is known by most for crafting classy suits and glamorous evening wear, but he’s recently turned his attention towards undergarments with the release of his own luxurious range of underwear.

The Tom Ford underwear collection includes briefs, boxers and boxer-briefs in a selection of materials and colours. Each pair features the “Tom Ford” label printed on the waistband to distinguish them from your standard Bonds undies. The underwear is available in cotton stretch jersey, cotton, and silk, with highlights from the collection including a silk leopard print pair of boxers and skin coloured cotton briefs.

Tom Ford’s underwear collection is exclusively available at Harrolds Melbourne and Sydney men’s flagship store locations. Prices range from $79 for pure cotton through to $359 for silks and prints.

Check out Tom Ford’s three rules of underwear below in a video shot exclusively for Mr Porter.