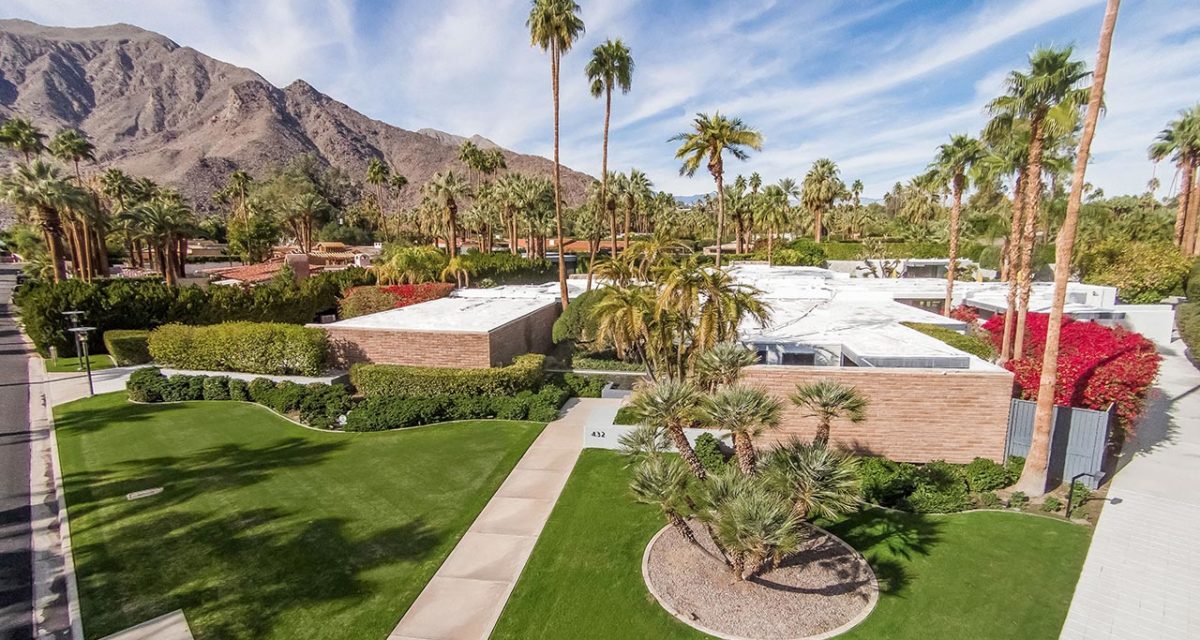 Palm Springs, Southern California, is the ‘Capital of Cool.’

The desert oasis sleeps Coachella’s leading acts and hosts their best after-parties. It has palms for days and year-round blue skies, under which you can tee off 100 days in a row without ever repeating the same golf course.

But the town’s biggest drawcard is its world-class collection of Mid-century Modern (MCM) residential architecture.

The iconic 50’s and 60’s era of architecture, art, fashion and design is celebrated every February during Modernism Week. This year’s instalment kicks off February 13-23.

Hollywood stars have escaped to Palm Springs since the golden era of classical cinema. Studio contracts in the ’30s included a “two-hour rule” that required actors to stay within a two hour, (or 100 mile) radius of film studios in case of reshoots. At 1.5 hours from LA, the desert resort town was an obvious choice to build a weekend home. Plush nightclubs and (illegal) gambling venues quickly followed to cater to over 500 celebrities who settled in.

Not a bad lineup at all. Marilyn Monroe was even scouted by the pool at the historic Racquet Club.

The Masters Of Mid-Century Modern

Forget dodgy draftsmen, celebrities commissioned only the most prominent ‘starchitects’ for their brand-new builds. Hotshot architects William Cody, Richard Neutra, E. Stewart Williams, John Lautner, Albert Frey, and Donald Wexler, were all in their prime when they reimagined the desert town.

The US was feeling an optimistic post-war boom in the economy, and its architects did not hold back on their A-list client briefs or budgets. They transformed the desert into a sea of glass, steel and stucco. Between them, they spawned an offshoot of MCM Design known as Desert Modernism.

What To Look For

Because you absolutely can’t separate Palm Springs from the gram, the most shared and replicated design features today, are the likes of colourful front doors, ‘breeze blocks’, landscaping with desert succulents and shimmering pools with a backdrop of the Santa Rosa Mountains.

Palm Spring’s most tightly held properties, which if you’re lucky to find on the market, sit upwards of $8 million, and include;

Frey House II
Frey’s own residence has floor to ceiling glass for maximum valley views and incorporates the site’s projecting rocks into its interior.

Elvis Honeymoon Hideaway
The original architect is contested, but the property is more renowned for its year-long renters Elvis and Priscilla Presley, anyway.

Modernism Week provides glimpses into homes normally restricted to the public, and curates lectures, talks and lavish parties. But it’s not only the architecture which is deified; all other aspects of MCM see a huge revival.

Don Draper wannabes flock to the city to sport their ‘mid-mod best’ as they party poolside to swanky music from the Rat Pack era, sip on cocktails and throwback retro hors d’oeuvres.

Need any more reasons to visit? There are plenty on the calendar and it’s always sunny in California. Whatever you do, don’t forget your golf clubs.

Elegantly chic, the Parker Hotel is supposedly where Brangelina spent their early days (under an alias) and Robert Downey Jr. got arrested after a drug-induced fiasco.

Founded by a former Facebook employee and it shows. Tech-savvy ARRIVE let’s you text in your hangover room service orders, or if you’re up early enough, head to their in-house Wexler’s Deli for some pastrami hash.

The decor and vibe at the ACE are on point and it’s for that reason that the destination is an institution. It was the Howard Johnson Motor Lodge in its former lifetime, where Sinatra sang at the poolside bar.

Can you get any more nostalgic than enjoying a dip with your mates in Sinatra’s famed piano-shaped pool? You better use a coaster when knocking back a negroni in his old recording studio. JFK even spent the night, but when he chose Bing Crosby’s pad for his next visit, Sinatra was so angry at the snub that he became a Republican.

The US$4,500 night, two-night minimum splits pretty well between your mates for Leonardo’s six-bedroom, seven and a half bathroom pad with a pool and tennis court. If only walls could talk. Likely booked out over Coachella, however, as the guy is a festival fiend.

The only remaining treasure from Hollywood’s Golden Age is Melvyn’s. Spark up a chat with maître d’ Brian Ellis and he’ll share stories of turning away Steve McQueen on opening night and the scandalous affairs that went down in their wine cellar.

A chic cocktail bar which divides its menu into eras; Golden Age, Prohibition, Tiki, Dark Ages, and Originals, and whose most popular drink is ‘the game-changer’ can’t ever be a bad time. 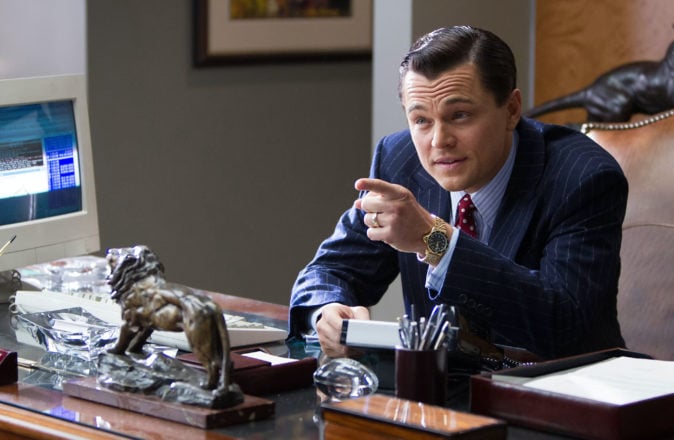 The 10 Best Office Desks To Perfect Your WFH Setup