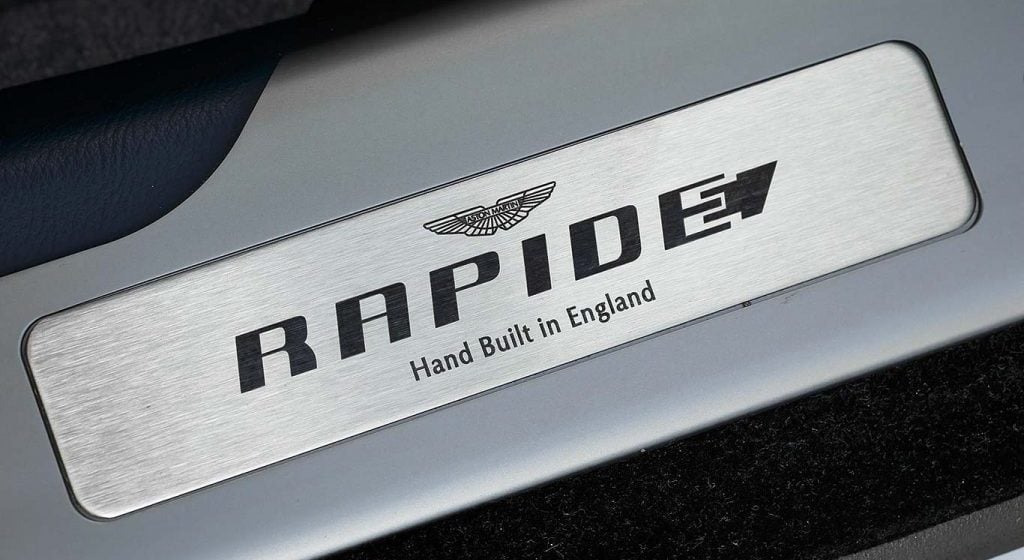 What began as a concept back in 2015, the RapidE will sport the body of the seductively suave Rapide S, while an electric drivetrain under the hood replaces the usual six-litre V-12.

Aston Martin President and CEO, Dr. Andy Palmer, announced the car late last month: “Having unveiled the RapidE Concept back in October 2015 we reach another milestone with the confirmation that we are now putting the first all-electric Aston Martin into production. RapidE represents a sustainable future in which Aston Martin’s values of seductive style and supreme performance don’t merely co-exist alongside a new zero-emission powertrain, but are enhanced by it.”

“The RapidE will showcase Aston Martin’s vision, desire and capability to successfully embrace radical change, delivering a new breed of car that stays true to our ethos and delights our customers.”

This new direction for the British supercar powerhouse will be brought to life in collaboration with Williams Advanced Engineering. Their technical director, Paul McNamara adding:

“This project with Aston Martin will draw on the extensive battery and EV experience we have accumulated and we are extremely pleased to be supporting this prestigious British company with their future electrification strategy.”

The production run has been slated for only 155 cars, scheduled for release sometime after 2019. New owners will submit an easy £200,000 for the RapidE, with orders opening this month.