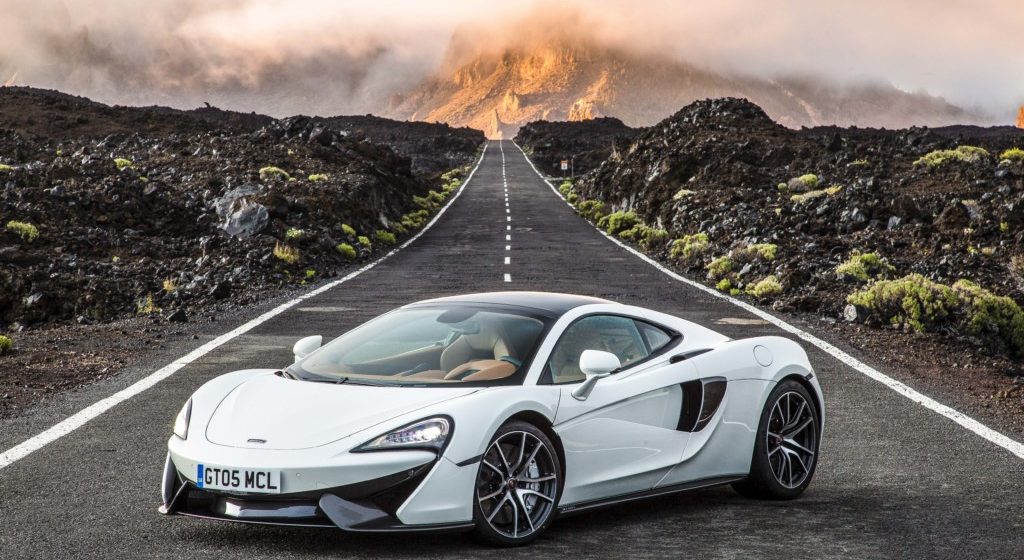 McLaren. A name that has been tied to a combination of unrivalled luxury, aesthetic eliteness, and Formula 1-style explosiveness. Joining the 570S and 540C in the sports series family, we finally got our hands on the more refined 570GT – the model that first touched Australian soil in 2016. Said to be ‘the most practical’ and ‘most road-biased’ yet, I was understandably curious to see what refinements McLaren had in store to justify these claims.

No matter the glance – be it your first or thousandth – the 570GT is visually stimulating, sporting a hint of aggression and well-rounded class. McLaren’s scissor-like Dihedral doors are undisputably sexy. When open, the doors collectively turn the heads of all by-passers, instantly spelling out that the 570GT is in a superior class. When moving, the open channel in the doors allows cool air to be funneled towards the engine. With the roof standing just 1.2m high, the driver’s seat is, as you could imagine, suitably low. Combined with the high windows, and more-gentle, less race-like seat bolstering, the positioning lets you feel cocooned into your own surprisingly comfortable racing cockpit.

There are some more discrete additions that complement its hallmark features, eliminating distractions from where the eyes and mind should be drawn to. The door handle is replaced with a subtle, one-finger button beneath the ridge of where the handle would be; all buttons are removed from the steering wheel; the seat adjustment system, as advanced as it is, is hidden beneath the left side of the driver’s seat, offering standard adjustments as well as varying lumbar support. From the tires to the soft-close doors, to the more rigid carbon-fibre fittings, noise-reduction technology is scattered throughout the car to eliminate unnecessary noise and, once again, draw attention to where it is deserved.

The elite sports car industry has always found conflict in optimising the perfect balance of aesthetics, space, functionality, and performance. I feel the 570GT has struck a sweet spot. The two-seated 570GT comfortably fits a tall driver and equally sized passenger, far from either head touching the roof, but, like many high-end sports cars, perhaps not all that fitting for the more cushioned individual. There’s 150L of storage space in the front, with another 220L in the space behind the seats, accessible via the carbon fibre-framed, glass hatch opening. This genuinely is enough space to cater for your weekend getaway.

The 570GT hosts an eight-speaker McLaren Audio Plus System, yielding top-tier quality and complementing the car’s desire to be an attractive, weekend-fit ride. Though it does prompt internal conflict, giving rise to the age-old question of whether it is immoral to listen to anything but the crackling V8.

The 562 horsepower, 3.8L twin-turbo V8 sits behind the cabin. There are numerous cars with rear-engine design that have a fundamentally different handling dynamic – coming into tighter bends, you can often feel the lighter front leading the corner, whilst the inertia of the heavy back is still wanting to move the car in the direction of the engine’s momentum. This was far from the case of the 570GT. The somewhat lower and rear-end distribution of weight, coupled with unrivalled P-zero tires and a higher lip rear spoiler, allows the mere 1350kg beauty’s rear-powered tires to hold more than enough traction and deliver an explosion of controlled and nimble force.

I began the voyage through the dense Sydney CBD, hunting for somewhere more open. I was listening and feeling what this masterful beast wanted to say. It had this undeniable, irritable and child-like impatience at slow speeds. Punching the occasional straight section seemed to only scratch the surface of its offerings.

I wasn’t able to take it to a track, but some of the more deserted, longer stretches of Sydney allowed the 570GT to express itself more freely. The controls are simple, allowing you to change the handling and power chassis and drivetrain modes, or “normal”, sports and track modes. The sports mode yields an instantaneous boost, hitting higher revs before the gear change and delivering significantly more power. Toggling to manual mode gives use to the push-pull, up-down paddles, offering seamless responsiveness and sensitivity.

Let’s say that, ‘hypothetically’, I found the ideal stretch of road to open this thing up. Set in sports mode, at a standstill, the 570GT packs viscous power, by the books clocking 100km/h in 2.9 seconds. The impatience of the car was always there, even at 150km/h (apparently), still offering sensitivity to its acceleration and spelling out that it had plenty more to deliver. What surprised me was that the unmistakable sound and boost from the air-draw of the twin turbos didn’t seem evident and in full-swing until well past the 100km/h mark. I can only think that the lag of the twin-turbos is what allows the 570GT to reach a top speed of 328km/h – a question I hope I don’t leave unanswered on my deathbed…

When the 570GT opens up, the vicious crackle, flat-crank warble, and knee-jerking backfire give rise to an explosive, energetic experience and a clear respect for how McLaren has masterfully integrated 50 years of Formula 1 experience into the ‘road-biased’ 570GT.

One aspect I’m struggling to articulate and justify is the handling. It is phenomenal. It’s insanely nimble, with laser-like precision, somehow letting you take such control of the seemingly untameable power for such a light car. Hats off, McLaren.

McLaren has had one goal front of mind with the 570GT: to offer a more well-rounded, practical and weekend friendly car. The 570GT radiates finesse and engineering wizardry . With the aesthetics, sound, handling, raw energy and wealth of history packed into the 570GT, it really feels like it hasn’t come at the expense of any aspect. The 570GT commands respect and appreciation, easily leaving one with awe. And the series of touches that McLaren has added to make this the most luxurious, refined and weekend-friendly car are all too evident.

For more info on the 570GT, check out McLaren’s website or pop in to a nearby dealership. Warm regards to the McLaren dealership in Alexandria, Sydney for sharing this absolute spectacle of a vehicle. 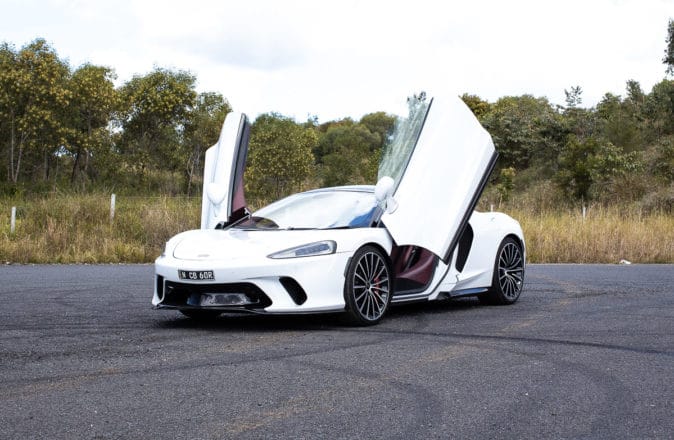