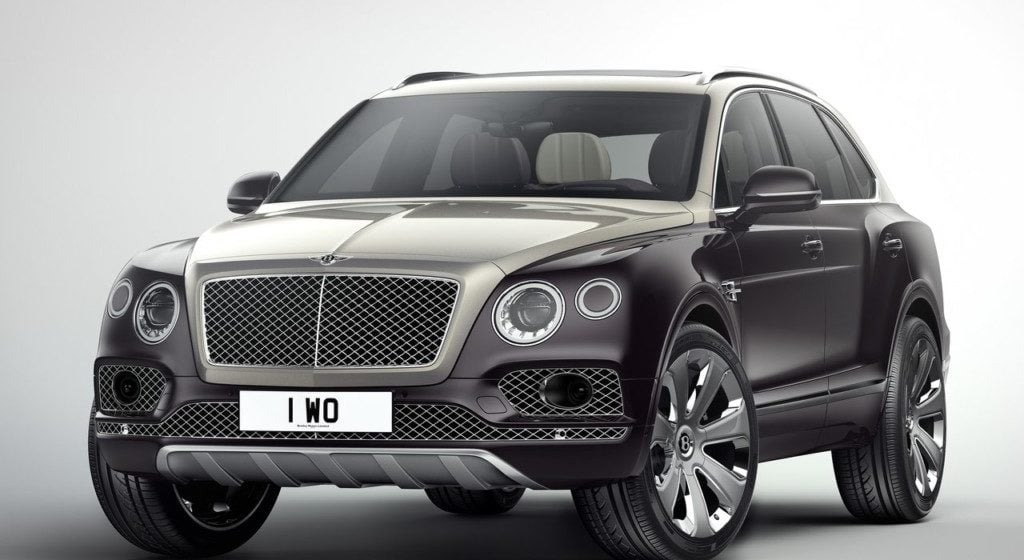 Ahead of the 2017 Geneva motor show, luxury car manufacturer Bentley has released its new and exclusive SUV, the Bentayga Mulliner, a higher end version of their already ridiculously high end Bentayga.

The beast features all the bells and whistles you’d expect from a high end Bentley and also boasts new additions like two-tone exterior paintwork, 22 inch wheels with a floating central badge (to ensure the ‘B’ is always upright), 20-speaker 1950W sound system, black and ivory colour-blocked leather seats and, of course, a bottle cooler for your Dom to accompany bespoke crystal champagne flutes. It also offers night vision, park assist, traffic assist and a head-up display.

If you’re still wanting to spend some more cash, optional extras on the Mulliner include the Mulliner Tourbillon by Breitling central clock (which will set you back around $300K), and a Linley Hamper by Mulliner including fine Linley china cutlery, refrigerator, crystal glass, storage area and more.

An official price is yet to be released but first orders will be taken in April. Check out the one-off version on display at the Geneva Motor Show, 9-17 March.