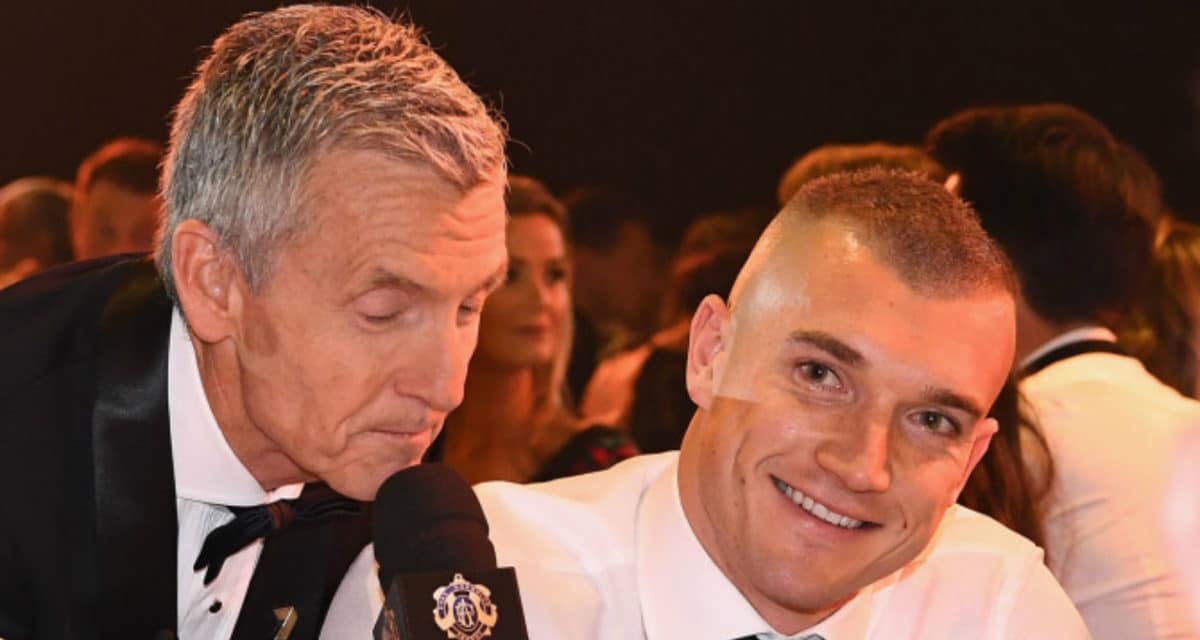 Arguably the most famous living sports commentator in Australia, Bruce McAvaney has called it all, from Olympics to the Melbourne Cup and everything in between. While Bruce (a.k.a Mr. Olympics) is an undoubtedly an icon of Australian broadcasting, he’s certainly got a unique commentary style and is known, particularly by AFL fans, for his Bruce-isms.

Having been irked by an increase in the number of rhetorical questions McAvaney has been asking when commentating recent AFL games, redditor Goldbricked put a ridiculous amount of effort into analysing Bruce’s call of the Carlton Collingwood match on Sunday. Needless to say the results are SPEEECIALLLL.

Before I begin, can I preface this by saying that I adore Bruce’s passion for the game. And I’m not trying to ether him out of existence here. But after being relatively spoiled with five consecutive matches of Foxtel commentary for Collingwood games I was disappointed to see that we had the traditional Seven Sunday arvo fixture for our big clash with Carlton. And the more I tuned in throughout the match, the more I picked up on Bruce’s incessant rhetorical questions.

I know he’s been doing it for years. He has a cacophony of catchphrases (some of which I’ve included below) which grate the ears. His biggest issue now is that it’s become second nature for these questions in particular to be asked of his fellow commentators ad nauseum. He craves reassurance from everyone else on the commentary team. This is illustrated with the quite frankly crazy amount of times he refers to his fellow callers by name. He doesn’t need to lead Jimmy Bartel or Luke Hodge into their statements every time they want to make one. Yes, I know they’re calling off the TV this year. But it was the same before all that. I love it when he sticks his neck out and actually makes a non-fence-sitting call because it happens about twice a year. It’s otherwise all just backslapping and “How good was Player X” and nothing of substance.

I would hate to be critical without happily acknowledging that commentary is not an easy thing to do. I myself have commentated probably in the vicinity of 50 local football matches including senior grand finals etc. I got nervous, I stumbled at times. I used to say “can’t do much about it” all the time when there was a pack and no clear possession was being taken. But I was also 17 years old and calling my first grand final. I wasn’t an experienced broadcaster with decades of on-screen performances behind me. And I can’t recall ever patting my co-commentator on the back and saying “great call” or anything along those lines.

The issue for Bruce right now is a constant need to fill space. He is not alone in this regard; in fact, nearly all TV commentators (bar Adam Papalia and Mark Howard) can’t let two seconds of silence go by without interrupting it. Silence is not dead air. It is letting the vision speak for itself. When a player pulls off a nice linking field pass, it’s “good stuff”. A short handball out of traffic is always a “little give”. If the ball dribbles inside 50 without any real purpose, it’s either “bubbling around there”, or “bubbling bubbling bubbling”.

It is no surprise that fans prefer, more than anything, the analysis of the special comments callers and/or boundary riders. If an ex-player must be involved in the media – ahead of well-trained, skilled performers who never played League football – then their experience at the highest level is their point of difference. Tell us why a team sets up with two behind the stoppage, or why they always look for short 45s coming out of half-back, or that their deep forward entries are a directive from the coach. Don’t just say “here’s the slow play” and expect that to cover it off. We aren’t fools. We deserve better.

To demonstrate just how wacky Bruce has got with his rhetorical questions, here’s a breakdown of everything from the Carlton v Collingwood match yesterday. And yes, I had to watch the match for a second time. Thank goodness we won. Now I’m no data scientist either so I probably haven’t displayed this all in the best format possible, but hey, it’s a bit of fun. And in hindsight I could’ve broken up each mention of “Hame”, “Jimmy”, “Hodgey” and “Luke” by the individual reference. But I’m not watching this game for a third time.

All in all, Bruce asked a total of 55 rhetorical questions over the course of approximately 102 minutes of game time. Let’s say that 80% of the time in commentary is from the play-by-play callers and 20% by the colour. And let’s be generous and say that it was an even 50/50 split of airtime between Bruce and Hamish, even though the latter probably had slightly more. That means Bruce had around 41 minutes of airtime on Sunday’s call. In that period, he referred to his co-commentators by name 55 times at a rate of around 1.38 per minute. He also asked 1.38 rhetorical questions per minute. This is astounding.

When I was a kid, all I wanted to be was Bruce McAvaney. At five years old, watching the Sydney Olympics, and everyone in primary school wanted to be an astronaut, or a pilot, or a fireman… I wanted to be a commentator. And Bruce was the pick of the bunch up until Seven lost the footy rights at the end of 2001. Since then, he’s had his “special” moments, but his slow decline has been like watching your ageing grandparent fade away slowly as they lose everything about themselves that made them unique. He’s a legend of the game, I love him, but I think Seven have a decision on their hands pretty soon. 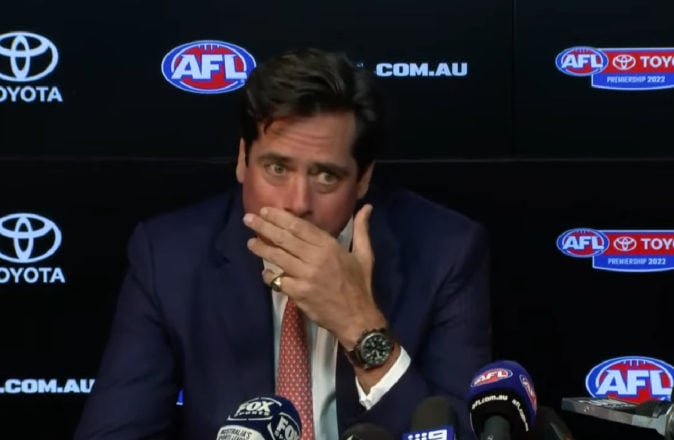