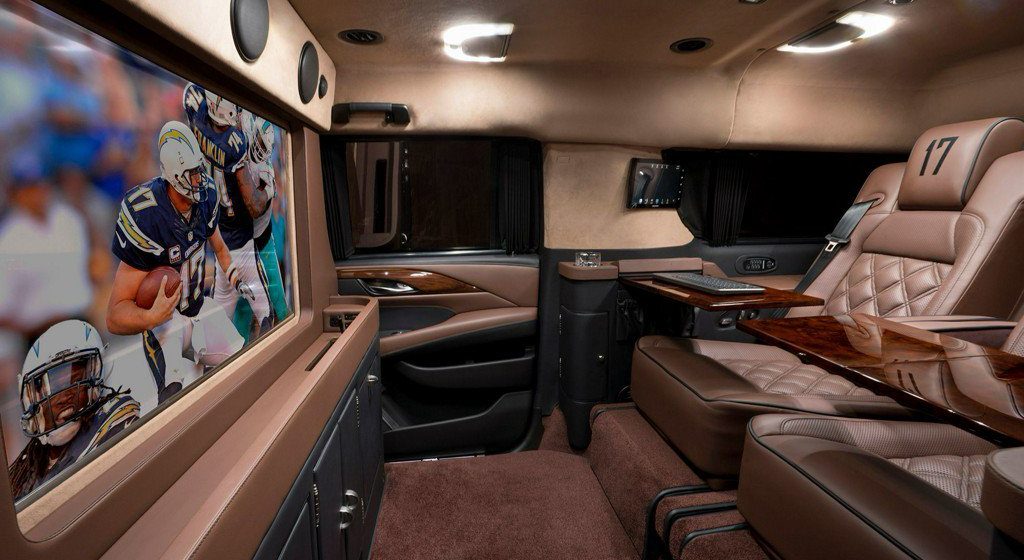 The Chargers NFL team have completed a sizeable move as of the 2017 season, shifting their home city from San Diego to Los Angeles after quite a fuss.

The team’s relocation brings with it some every day complications – no matter what money you’re on, you still have to deal with horrendous L.A. traffic.

For the still San Diego resident and Chargers quarterback Philip Rivers, this commute was a hurdle easily fixed by the purchase of a $200,000 USD custom SUV, specifically decked out with a film room to allow time for study on the road.

“My two biggest things were my family time and my preparation and what I owe this football team,” quoted Rivers. “I was not going to sacrifice either of them in any big proportion. I can look at all the pluses and minuses and say, ‘OK. This does it.’

Finding the balance between staying family orientated in San Diego and remaining committed to the game – which has now been moved to L.A. – was Rivers’ biggest motivation. It’s also said the No. 17 considered helicopters and even carpooling with other players before purchasing the vehicle.

Check out some snaps of the interior below.