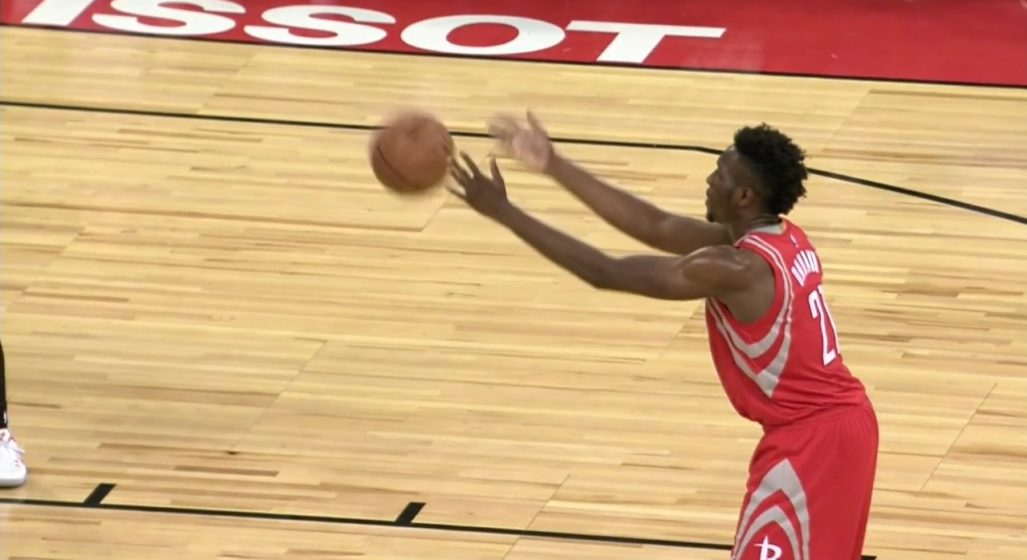 I guess it doesn’t matter how it’s done, as long as it gets done, right?

Houston Rockets centre Chinanu Onuaku thought the same in a recent game against the Phoenix Suns, sinking two free throws by simply lobbing it in – underarm. Not to mention, it was during his NBA debut after being bumped up from his Louisville college team.

NBA legend Rick Barry was the last person to attempt underhand free throws on any sort of regular basis back in the 60’s and 70’s. Onuaku made the shots with 2:46 left on the clock in the last quarter, which eventually ended with the Rockets winning the game 131-115.

“I was nervous as hell,” Onuaku told ESPN. His madness was not unsupported however, as the debutant had a proven logic behind his method. Since changing up his style before his sophomore season, his foul shot success rate rose from 46.7 to 58.9 percent.

Keep doing what you do mate.