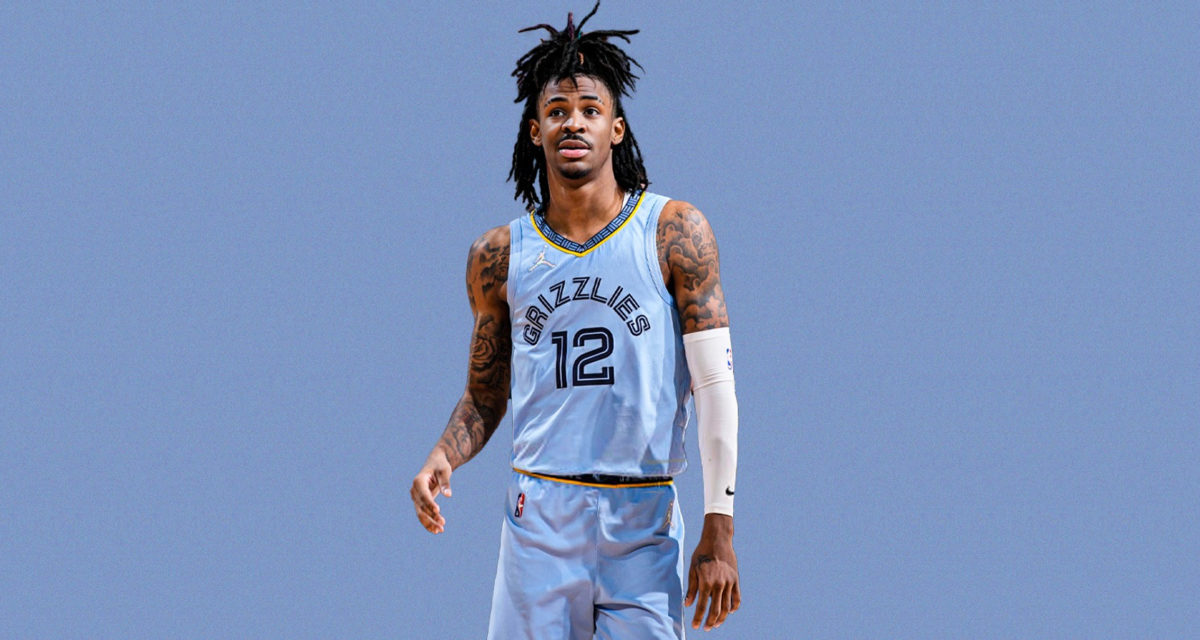 Despite being a team sport, it’s no secret that the NBA is a star-driven league. Especially nowadays, with franchises gaining entirely new rosters seemingly every season, many of the young basketball fans of today find themselves supporting a player throughout their career and not a team. You’ve got your obvious fan favourites – LeBron, Steph, KD, etc – but recently we have seen some new faces emerge. Luka Dončić, Trae Young, and perhaps most exciting of all… Ja Morant.

It is hard to conceive of a post-LeBron NBA. I’m sure it’s something that commissioner Adam Silver wakes up in a cold sweat thinking about. Not to suggest this is necessarily the best metric of an athlete’s popularity within a given sport, but @kingjames has more Instagram followers (114 million) than the official NBA account does (65.2 million). Not only that, he has more than the next 10 most followed NBA players combined. We’ve seen this kind of stardom in basketball before, but generational superstars with this kind of reach definitely don’t come around every day.

With LeBron James currently leading the league in scoring in his 19th season at age 37, it seems inappropriate to even be contemplating a successor to his throne. That being said, the NBA should be looking to buy serious stock in Ja Morant. While there’s something to be said about the NBA becoming more international – being dominated by the likes of Giannis Antetokounmpo, Joel Embiid, and Luka Dončić – Morant just seems to be the complete package in terms of marketability.

RELATED: Josh Giddey Won’t Win Rookie Of The Year (But He Probably Should)

The NBA has always loved its guards with insane athleticism. Only three years into his professional career, Ja Morant has already fielded comparisons to players such as Allen Iverson, Dwyane Wade, and Russell Westbrook. The most accurate we have probably heard, however, is that of Derrick Rose.

Ja Morant is now at the same age as the latter when he was awarded the youngest MVP in NBA history. I’m hesitant to refer to this as “prime D-Rose”, as injuries prevented us from seeing what that would actually look like, but this was statistically his best season. With the eye test offering us a lot of the same crossovers and acrobatic finishes, let’s see how the numbers stack up between the two explosive point guards:

Despite the Memphis Grizzlies being the second-youngest team in the NBA with an average age of 24.2, they currently hold the second-best record in the league with 46-22. Ja Morant was their only All-Star this year.

It’s so exciting to watch this guy play. At one point this season, he was leading the league in points scored in the paint per game, with 14.7. There are only 15 guys in the history of the NBA who have averaged that many points at the rim, and they were all substantially bigger than the 6’3″ frame of Ja Morant. The guy has constantly been doubted. He went from being unranked in high school, to being in the shadow of Zion Williamson in the 2019 NBA Draft, before becoming an All-Star starter this year in his third season. Bet on Ja.

He has got his own iconic look and a whole lot of personality. The kid will hit the most insane shot you have ever seen, then “griddy” away in his pair of Kobes. Shaquille O’Neil has actually already compared him to Kobe Bryant himself, which, as you can imagine, is not light praise coming from the Diesel.

“Ja is good, Penny was like that, Kobe was like that. This kid, it will definitely be his league in a few years.”

An electric playing style, a big smile, and a whole lot of charisma… That’s LeBron James. That’s Michael Jordan. That’s Magic Johnson and Kobe Bryant. Mark my words, that will be Ja Morant.