Why Retiring A Number Is Just Stupid 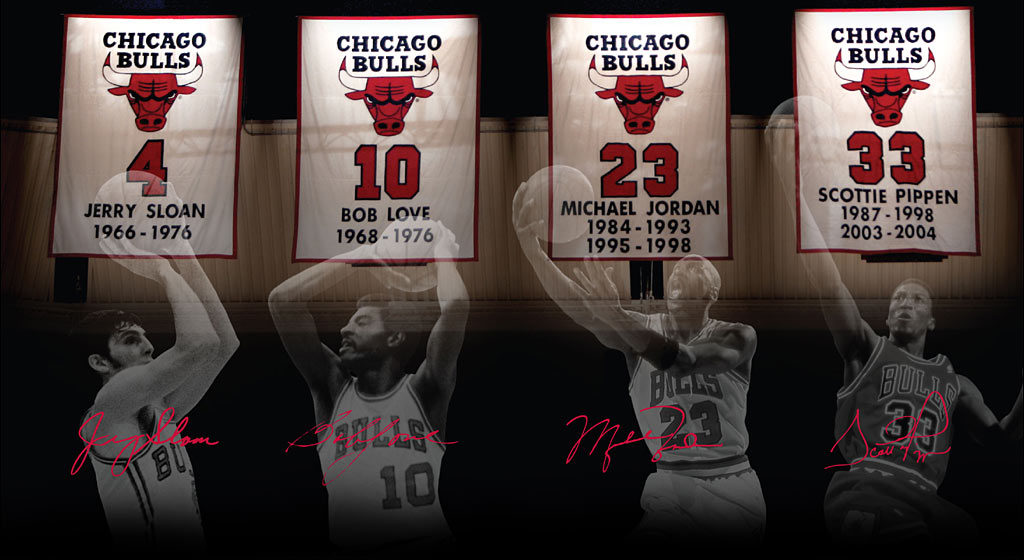 It seems that in American professional sports, there is no higher honour to bestow a player than to retire his or her number. As an organisation you’re literally saying, we value you with such admiration for your contributions that we don’t want anyone else to ever wear your number again.

On the surface, retiring numbers seems to be a fantastic concept. As individuals we all possess that innate fondness for sentiment. As a player, to have your name and number hanging from the rafters after your playing career would have to be up there with winning a championship in terms of sense of achievement and pride. However, this practice is not without its flaws.

What constitutes the validity to retiring a number?

There have been only two cases in which an entire league has honoured a player for their contributions (within NFL, NBA, NHL and MLB). It can be emphatically stated that both circumstances were correctly ruled and enforced.

Major League Baseball retired Jackie Robinson’s number 42 league wide in 1997 as a symbol for the profound societal change he created by being the first African-American to play in the modern era.

The National Hockey League retired Wayne Gretzky’s number 99 (which actually wasn’t his first choice, as his number 9 was already taken when he entered the league with Edmonton) for his Sir Donald Bradman-esque numbers. To give you a quick snapshot of his dominance,

Gretzky amassed 2857 career points (goals and assists combined) by far the best mark in the history of the sport. Even if you were to take away his entire goal tally (894), he still would be the all-time leader in points! (Mark Messier is 2nd all-time in points 1887 while Gretzky had 1963 assists).

Outside these two symbolic gestures, any organisation can retire whatever and whoever’s number as they please. There aren’t any standard criteria from team to team, and as a result, has seen numbers be retired for unique and unusual reasons, along with a couple of famous franchises finding themselves to be in quite a predicament.

In the NBA, Bill Russell’s number 6 (5-time MVP and 11-time NBA champion) and Michael Jordan’s 23 were never in doubt to be hoisted up in the rafters of their respective arenas. However can it be justified that the Miami Heat retired Jordan’s 23 despite him never playing a game for the franchise? Or the number 6 retired by the Orlando Magic and the Sacramento Kings for the crowd (“the sixth man”)?

Other noteworthy number retirements include, the Minnesota Timberwolves retiring the number 2 for Malik Sealy due to his life being taken in a car crash while he played for the team. Does this now set a precedent that if (God forbid) another tragic circumstance occurs, their number will be retired? Wilt Chamberlain has his 13 retired by three separate organisations – Golden State Warriors, Philadelphia 76ers, and Los Angeles Lakers. Can Shaq dream of having his 32 being retired in Miami? And could Kobe Bryant be the first to have two numbers retired by the same franchise as he changed his number from 8 to 24 in 2006?

This conjecture is all part and parcel of this time-honoured gesture. It would be asinine to implement some sort of blanketed criteria. The uncertainty of the whole concept is not only intriguing, but it allows individual organisations to set their unique beliefs and rules. In saying this, this freedom of choice (lack of a uniformed regulation – depending on how you look at it) sees the following franchises in need of refining their policies.

The New York Yankees and the Boston Celtics, arguably the two most storied franchises in their given leagues, face the unusual problem of….running out of numbers. It’s not surprising that the Yankees with their 27 championships and Celtics with their 17 have seen them have a few special players walk through their club rooms. They simply have had “too many” great players play for them over their glorious histories.

Sports such as the NFL have high numbers due to their position (wide receivers can be number 10-19 or 80-89), MLB and NBA typically have more “normal” and conventional numbers. However the Bronx Bombers face the fact that their next Derek Jeter will have an abhorrent number such as Brett Lee’s 58 or Dennis Rodman’s 91. They literally don’t have any single digits left!! Number 8 was even retired twice. Look at them all…it just goes on and on!

2- Derek Jeter (will be retired)

This is just asinine (or as the Yankees might have to call it, asi-ninetynine) and change is certainly needed.

Maybe we Aussies got it right and foresaw these issues arising (or we were a bunch of heartless bastards with zero regard for sentiment). A few idiosyncrasies do occur here and there in the AFL. Port Adelaide require their captain to don the number 1 and the Richmond Football Club leave their number 17 vacated for club legend Jack Dyer and until recently, the captain would wear this on his back (Trent Cotchin elected to keep his number 9). However this is pretty much as complex as it gets. Lance Franklin wearing 23 at Hawthorn did not diminish Dermott Brereton’s legacy, nor did Andrew Walker wearing number 1 at Carlton have any effect on Stephen Silvagni’s footprint.

Forgoing retiring numbers hasn’t diminished the significance of a player to their club, if anything it gives a young up and coming player an immense sense of pride to have been given the number of a club legend.

George Constanza would love to dream that his future son will don the pinstripes with his namesake on his back. But at this rate, it seems that his dream is going to have the number 77 instead.