Which Office Table Tennis Player Are You? 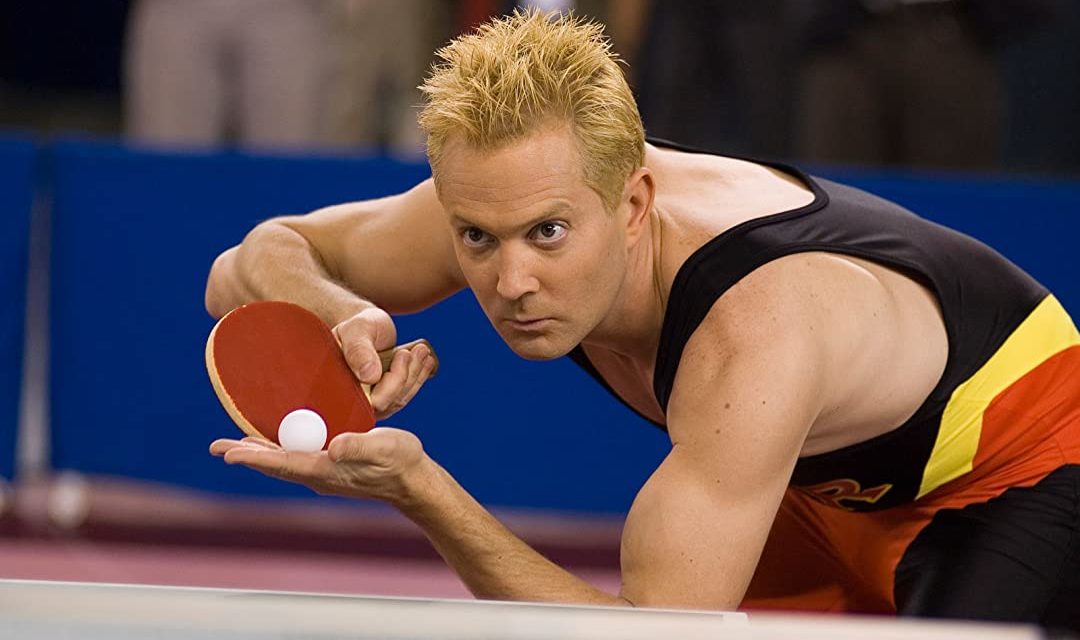 At the dawn of the new millennium, having a table tennis table in the office was all the rage. Tech startups were printing money, and the office basically became an adult playpen. You’d come into work, do half an hour of coding then play a few games of pong, visit the nap nook before heading home to your enormous house.

But all good things must come to an end and eventually the backlash against the ‘fluid office space’ arrived. Employers no longer wanted to have meetings while sitting on bean bags or hanging in hammocks. Instead, we saw a return to the good old days; cubicles, silence, prohibited fun.

Fast forward to today, and office culture has landed somewhere in the middle.

Rock climbing walls and Diet Coke on tap may be a thing of the past, but some of the more fun elements of office life have made a triumphant return, more specifically, table tennis.

Based on my extensive research (texting my mates in WhatsApp), as well as my own experiences in the Boss Hunting office, I’ve come to the conclusion that there exists a finite list of table tennis playing styles.

No matter where you work in the world, this is the cast of characters you’ll meet on the table.

Best described as ‘a punish to play against’ the Kimbo Slice fancies themselves as a serious talent but really they’re rocking up to a gunfight with a knife. Continually relying on cheap slice shots, the Kimbo can be easily worked out by any half-decent player and made to pay for their pettiness.

The ‘My Dad Owns A Table’

Alright, champion. This character talks up a huge game and will let you know several times before your match that his old man owns an Olympic sized Stiga table. But as soon as you play for serve it becomes painfully clear that owning a table isn’t the same as owning the table.

Topspin, backspin, off-spin; The Spin Doctor has it all in their bag of tricks. One of the more frustrating office opponents, the Doctor knows they have your number so will spend most of the match laughing as you become get increasingly frustrated as your shots veer pathetically off the table. They’re also most likely to let you develop a healthy lead before reeling you back in.

Playing The Lucky Prick is guaranteed to put you in a filthy mood, so only agree to a match if you’ve got nothing important on afterwards. This prick sees more edges than a dodecahedron, and despite their relative inability, they will ride their luck all the way to a win. The worst part is they don’t even apologise when their piss-poor shot hits the net and drops over, Honestly, the nerve.

Steve Jobs once said “Do not try to do everything. Do one thing well,” and it’s advice that this next pretender took on board. All they can do is serve, but they can do it really well. No matter what you do, your return ends up going into the net. Typically the score will stay on serve and you’ll either have to pray for a lucky break or end up quitting out of frustration.

The Olympic Hero is up there with the worst guys in the office, the same bloke that reckons he could’ve played first-grade footy if he hadn’t done his knee. A casual arvo game turns into a gold medal match when the Olympic Hero gets changed into gym gear, and yes, of course, he brings his own six-star paddle into the office. It comes in a special carry case and is made of carbon fibre, titanium and Californian redwood.

“This is the Stradivarius of bats,” he’ll say between stretches.

El Capitan Excuses will find every reason to justify being shit at table tennis, including blaming it on cheap bats, an unfamiliar table or my personal favourite, being on the shit side. You’re guaranteed to hear them whinge at least thrice about their return missing the edge by “just millimetres bro!”

“Oi switch sides with me, this side sucks!” No, you just suck.

The ‘Defence is the Best Offence’

You know why everyone was so happy when the Berlin Wall came down in 1989? Because walls are boring. Same goes for table tennis, where this player will try to bore you into defeat by simply returning everything you throw at them but not offering much else. You can work the table, move the ball around and it won’t matter. You’ll still end up losing 21-19. Like playing a robot but less fun.

The “I Haven’t Played In Ages!“

“Ha-ha I actually haven’t played in ages,” laughs this casual customer as he races out to a 10-0 lead. Arguably the biggest dog in the entire workplace, this guy has mastered the art of downplaying his skills, which makes you feel even worse as you get rinsed. Occasionally he’ll offer up a pity compliment – “Great try mate, almost!” – before mercilessly finishing you 21-3.

No one wants to play the Lamb and for good reason: they’re not much chop, and it doesn’t feel like a real win when you put them to the sword. That being said, the Lamb is an integral part of the office table tennis ecosystem. Always keen for a game and upbeat despite their limitations, the Lamb is there for a confidence boost when you’re on a run of poor results.

Back To The Office: A Guide To Getting It Right