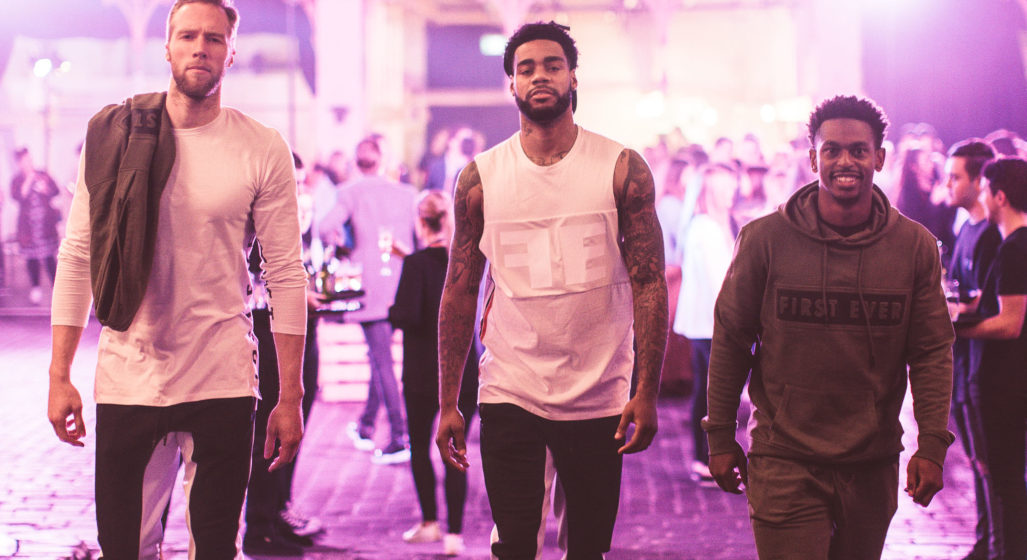 For Boss Hunting, the launch kicked off with a helicopter ride to scoop up Melbourne United basketballers, David Barlow, Casper Ware and DJ Kennedy before landing on the pontoon at Southbank for transfers to North Melbourne’s Meat Market for the unveiling of First Ever’s debut Spring Summer 18 collection.

Kestelman, who Co-owns the NBL and Melbourne United with his father Larry, identified a gap in the market for an innovative Australian ath-street brand that was not just influenced by basketball culture, but connected with the broader community.

“Our aim for First Ever is to inspire, style, create and collaborate with iconic fashion and sporting brands including the NBL. We want to bring the best of sport to fashion, by drawing inspiration from athletes in the game and on the street, using fans as our motivation,” says Kestelman.

Alongside the off-court range, First Ever are the official apparel provider to the NBL and will supply uniforms and other clothing to junior grassroots and elite teams across Australia, with a portion of every uniform jersey, sold going into junior development programs with governing body Basketball Australia.

Check out our gallery of the epic day and head to the FIRST EVER website to shop their new SS18 range.

Presented in partnership with FIRST EVER.