What Happens When Airline Pilots Decide To Race Each Other? 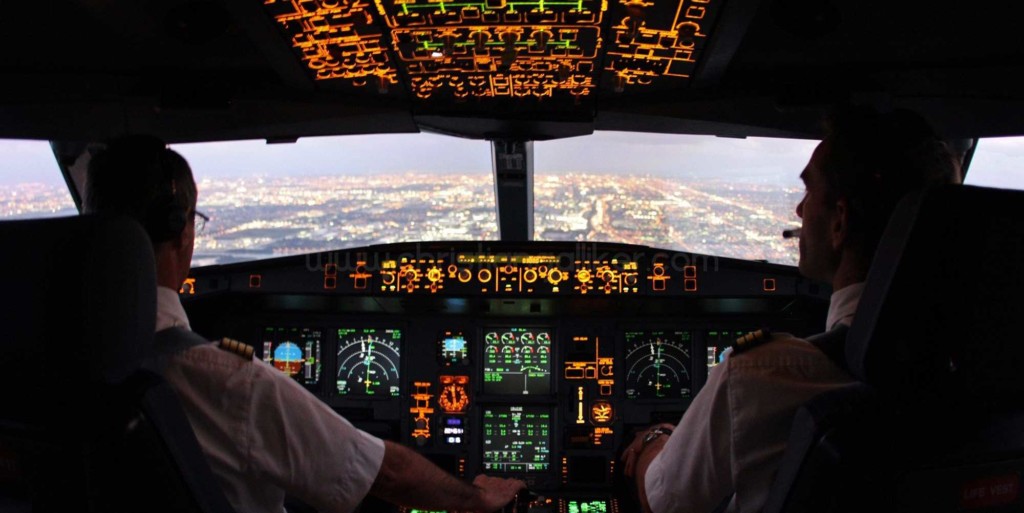 It’s a startling thought at first, but it’s not as ludicrous as you may think. You’re already travelling at an insane speed on a big chunk of metal in the sky, so really, a bit of cat and mouse with another airplane isn’t much more of a risk in the scheme of things.

Sure, it doesn’t happen every day, but pilot Tim Sanders explained to a Quora user that there are occasionally the opportunities to do so.

“It does happen. But generally such behaviour is rare. And indeed, basically ATC limitations prevent much of this kind of activity.

However, I will admit to being guilty…

Around 1991, I was flying a B747–200 Freighter from Tokyo Narita to Anchorage. We were cruising at Flight Level 330 as I recall. These are fairly long night flights that arrive in Anchorage about 5:30am and in the middle of the night with nothing much to keep you busy but constant navigation cross-checks, it gets a little boring at times! I noticed, when making a position report, that after each report a Fedex MD-11 would report the same point as us, but each time about a minute later, but at FL370 – 4,000 feet above us. A look at the TCAS showed a target about 5 miles behind and above us the same amount so I knew it was FedEx.

About two hours out of Anchorage, I noticed the TCAS target behind us starting to catch up with us. When it got right over the top of us, just on a whim, I bumped the power up and increased from .84 mach to .85. I noticed with some misplaced satisfaction the target start to fall behind again. Soon the FedEx started gaining on us again, and, like before, when it got right over the top of us, I bumped the power levers again and increased to Mach .86. He fell behind again. I was enjoying my game like when dangling a string in front of a cat and letting it swat at it, only to move it away and frustrate the feline.

I knew that FedEx was trying to get out in front of us so he could get a descent clearance into Anchorage ahead of us. If so, he could make an early arrival. With our aircraft below him he was stuck at FL370 otherwise and had to follow us into Anchorage.

The Fedex started gaining again, and like before I bumped it up to mach .87. I knew he would run out of top end speed before we did as I could do .88 if need be.

Suddenly Fedex asked for a “Direct” Clearance to Anchorage and was approved. This took him off the airway and could create “space” for him to ask for descent clearance and get below us. “Smooth move”, I thought. “But I have one left up my sleeve as well”. I asked for descent clearance to FL290, even though we were still some 250 miles out of Anchorage. At FL290, I could increase speed even further and fly the “Barber Pole”. Instead of asking for direct Anchorage, I asked for direct to a waypoint he would have to cross going direct Anchorage. Like a game of chess, I now had FedEx in “Check”.

We beat FedEx to the Final Approach Fix and slowed to approach speed with FedEx hot on our tail. He was 3 miles behind us on the final approach. When we landed, we turned off at the nearest safe taxiway. Both FedEx and us parked at the same ramp on the airport so the final race was on. I knew he would be able to stop shorter and turn off at an earlier taxiway than we did, trying to short cut to the parking ramp. We knew it would be close. When he turned off the runway at “Golf/Romeo”, we taxied by in front of him and sent him a friendly wave… the FedEx Captain returned the favour – but with a one finger salute…

We over burned our flight plan fuel, but satisfaction prevailed.”