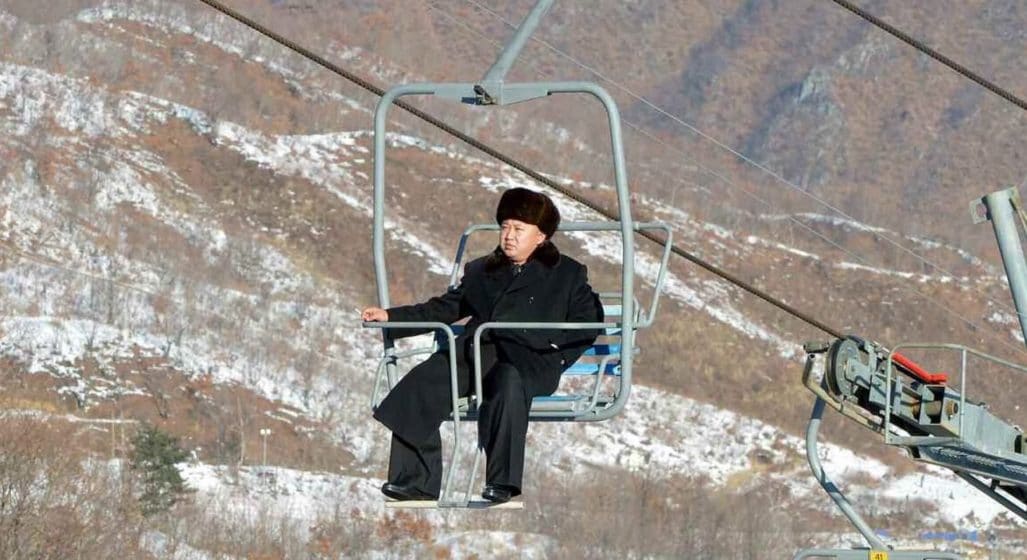 Lovers of the white stuff will flock from all corners of the globe for the sake of a few precious turns. But skiing in North Korea? Now that would be one hell of a pub yarn.

Iran, Chile and Kosovo are usually the common denominators for out-of-the-box ski destinations, yet few have the privilege to experience the goods of the North Korea ski resort within the Democratic People’s Republic of Korea (DPRK).

We did some digging, and even though you might be grounded for the time being, you can throw it back to Britain’s fastest snowboarder, Jamie Barrow, along with his filmmaker, Jackson Kingsley, and follow their epic 2017 mission to explore North Korea in this video below, in particular, its hallowed ski resorts.

After a brief stop in the DPRK’s capital Pyongyang, a four-hour drive landed the duo at Masikryong Resort, one of the only ski resorts of its kind in the country. Snowsports naturally aren’t an accessible past time for citizens of the DPRK. Naturally, what they stumbled upon was a fully functioning ‘luxury’ ski resort – with not a soul in sight. This meant the empty slopes were there for the taking by the elite few who could access them.

Kiwi skier Sam Smoothy also did a similar trip back in 2016 with Red Bull, which you can watch below. This North Korea ski resort is definitely one for serious shredders to add to the list.

Amazingly, earlier this year Kim Jong-un attended the opening of yet another, even grander ski resort featuring hot springs, a ski slope, and horse riding centre. Unfortunately for Kim, his ambitious plan was doomed before it began, with global warming seriously impacting snow coverage and the Coronavirus pandemic all but drying up any foreign tourism (predominantly from China). You can read more over at bloomberg.com.