Jackalope: The Mornington Peninsula’s Lair Fit For A Bond Villain 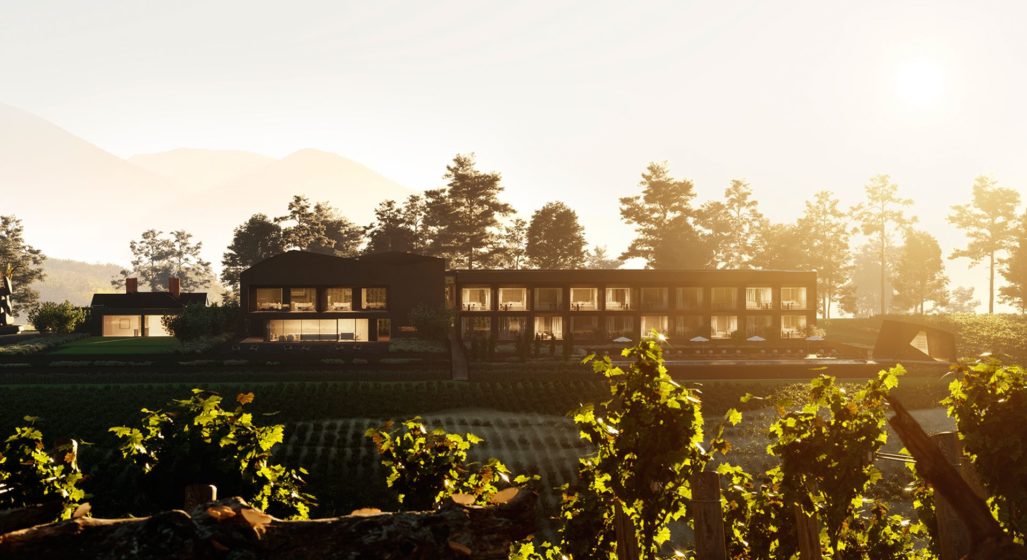 In an era when aesthetics is less about a certain expectation of luxury and more about how well it will look through the lens of social media, the hotel game is in a fierce battle for Instagram supremacy.

The latest shake-up to this dynamic scene is the Jackalope Hotel, a Mornington Peninsula property so out of left field, that it probably wouldn’t have been such a success story 10 years back. Right now, however, it’s the hottest topic in the Australian travel industry and has recently won three awards from Gourmet Traveller, including the much-coveted ‘Hotel of the Year’ for 2017.

Let’s backtrack a little to your burning question. What is ‘Jackalope’? Almost intentionally, I have no doubt, the average person probably wouldn’t be sure – at least I had no idea. North American folklore talks of a mythological hybrid animal; a jackrabbit with antelope horns, a fearsome and extremely ferocious creature, the uniqueness of which ensured it became the theme of the 46-room anomaly that popped up in regional Victorian wine country.

At first the hotel seems out of place, as it most definitely is. Until a year or two ago, the site was just your standard Australian vineyard estate. To have an all-black, two-story minimalist structure take over the space, overlooking rows of vines in such a mysterious and enigmatic manner, is unprecedented for the region. But again, I suppose that was the idea.

Art and design purposefully intersect throughout the exterior and interior of the entire hotel. Every turn, behind every door, even right in the centre of the lobby, there is another eye-catching sculpture or artistic display warping your perceptions of reality. The hallway’s lighting is an exhibition in itself. Somehow, they’ve managed to mirror the colours of a nightclub, while at the same time shedding any tacky connotations that may come with it.

The 30-metre-long infinity pool is black, not an inviting blue, the surface reflecting back the rows of vines just beyond. This stark contrast of nature and such a powerful, angular structure began to make sense to me after a little while.

Contrast is what makes this hotel such a sensory experience.

Nature’s untamed vineyards are strategically set against straight-edged foreign architecture. Even the rooms are in opposition, with no unnecessary picture frames on the wall, one side of the room black, the other white. Less is more; the unexpected becomes the expected at Jackalope.

You’ll only find the bare minimum in your suite, although what you do find will be of the highest possible quality. A few small touches really put the icing on the cake when it comes to practicality, specifically. When you walk into the bathroom, for example, a subtle sensor light activates underneath the sink, making sure not to blind you at 2AM, and floor heaters activate immediately. There was a rumour that the ‘designer dens’ (as coined by the hotel) didn’t have towel racks – not high on the necessities list, maybe, or perhaps just to keep with the flare of a hotel that goes against the grain. By the time of our stay, however, and met with a slight disappointment, there were indeed towel racks.

Everything at Jackalope encourages you to escape from reality. When summoned for dinner, you can’t help but imagine you’re in that scene from a Bond film, when the hero and villain are still playing coy, chatting foreboding rhetoric over an incredible fine dining experience.

A fusion of seasonal offerings from the hotel’s kitchen garden and the best of the adjacent Willow Creek wines are the backbone of the flagship restaurant Doot Doot Doot. A 10,000-piece chandelier constructed by Melbourne designer Jan Flook gives the sensory experience of fermenting wine bubbling overhead. You have the choice of a four-dish à la carte selection or an eight-course set menu spread, and no evening would be complete without an after-dinner cocktail at Flaggerdoot, the incredibly decorated hotel bar.

There really is no abode like this in the country, let alone one with a 7-metre high Jackalope sculpture at the centre of the driveway. You find yourself questioning everything you look at, and every time after that, you notice something you hadn’t before.

Jackalope will catch you off-guard. What you consider real will blend undefinably with the surreal. It will flip every expectation, every sense of the human body and every further hoteling experience you’ll ever have – square on its head. 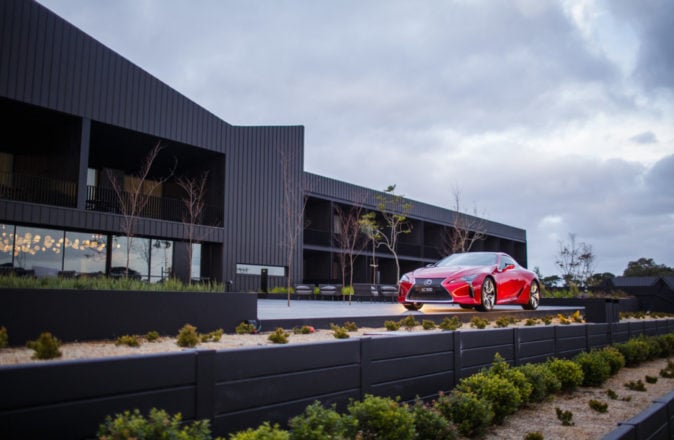 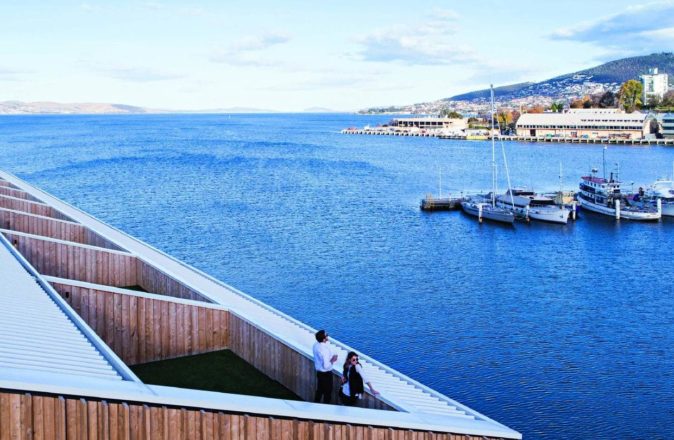 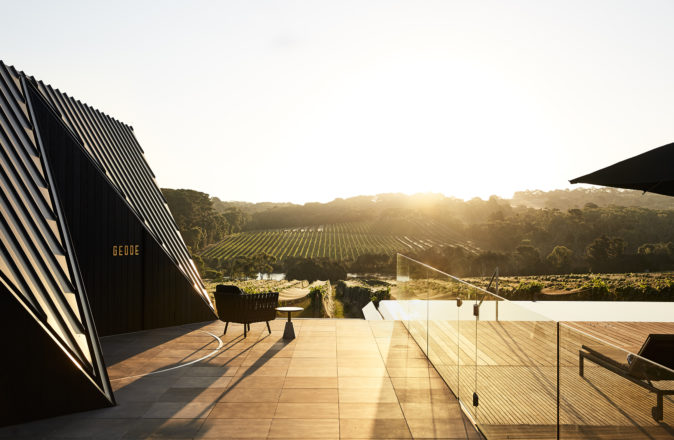