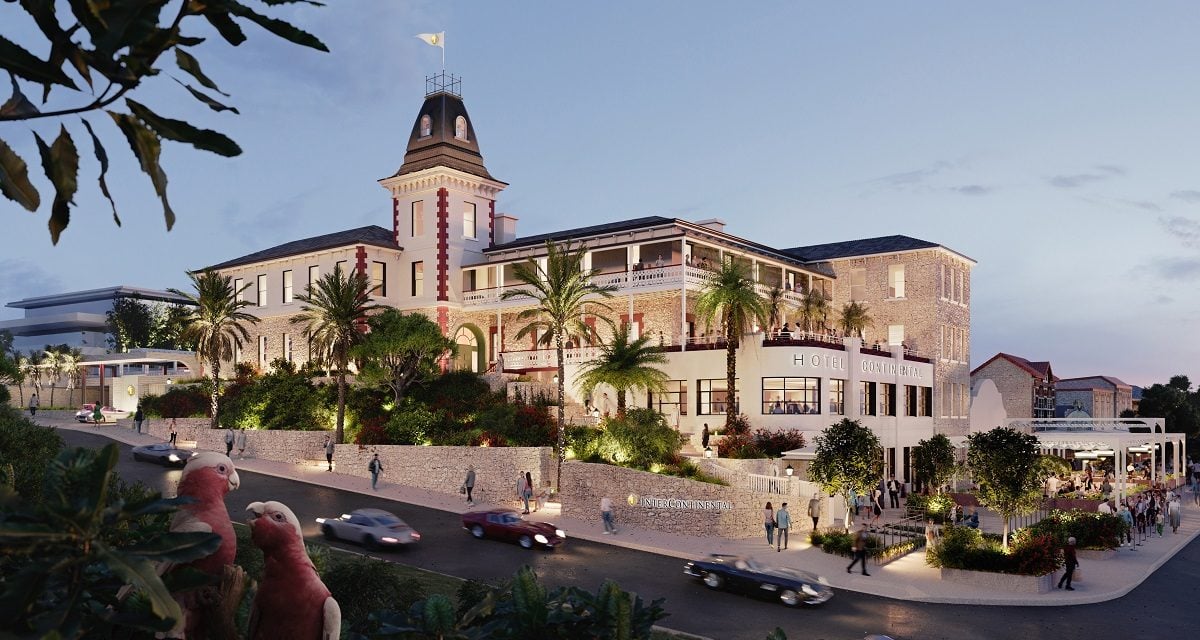 While it may have missed its original opening date of November 2021, the long-awaited resurrection of Mornington Peninsula’s iconic InterContinental Sorrento has finally been revealed, with the 108-room five-star hotel welcoming its first guests this week.

Referred to throughout the decades as The Conti, the 145-year-old heritage-listed limestone building was first opened as a hotel in 1875, spearheaded by Victoria’s ‘Father of the Theatre’ – actor and businessman George Coppin. Almost 150 years later, the mammoth seaside resort is back in the business, unlocking a key part of Mornington Peninsula’s charming cultural scene.

Reinstating the building’s status as one of Victoria’s most highly sought luxury hotels, InterContinental Sorrento makes good on an extensive restoration program that kicked off in April 2020, directed by new owners The Trenerry Consortium – The Kanat Group, Victor Smorgon Group and Trenerry Property. The project was worked by stalwart architectural firm Woods Bagot, tastefully channelling the building’s heritage into a highly complex, Mediterranean-inspired resort to bring a taste of Continental Europe to this famous stretch of coastline.

In addition to the original 1875 limestone building, a fresh new wing has been built with private outdoor terraces. The hotel’s 108 rooms are spread between these two buildings, offering vastly different aesthetics and a bit of juxtaposition between old and new with generously sized one and two-bedroom suites.

There are numerous room categories to choose from for guests looking to soak in The Conti’s seaside location. More affordable Standard Rooms are angled purposely to offer views over nearby Riley Lane and the town of Sorrento, while the higher-category rooms like Executive Rooms and Suites come with terraces overlooking the coast. The hotel’s penthouse is due to open later this year, and there’s little doubt it’ll be every bit as grand and aesthetically pleasing as the iconic building.

Woods Bagot has gone for a very sophisticated look to align The Conti with the great seaside hotels of the Mediterranean. Inside each room, guests will find historic photographs and vintage artworks that romanticise the building’s history, set against warm leather and velvet accents. Outside, a guest-only pool will be the hotel’s primary social spot, alongside several food and drink spaces including greenhouse-style The Atrium, late-night speakeasy Barlow, an al fresco beer garden and signature seafood-focused restaurant Audrey’s, spearheaded by Scott Pickett.

Other hotel amenities at the InterContinental Sorrento include a massive wellness centre with a luxury bathhouse, outdoor pool, and gym, and three function & event spaces, including the Conti’s original grand ballroom.

After all, it’s only a 90-minute drive from the centre of Melbourne.

Rates at InterContinental Sorrento start from $504 per night. 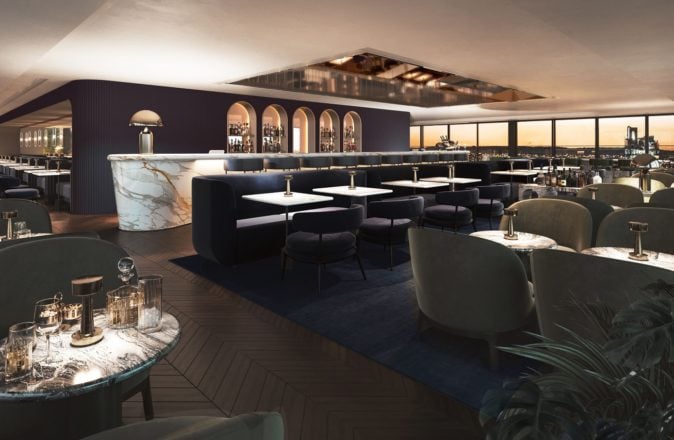