The competitiveness in the CBD accommodation market is wild at the moment. A lack of international arrivals and constant uncertainty plaguing domestic travel has created plenty of issues for existing hotels, let alone new ones. No matter how dire the market, though, a strong product at a good price will always endure and excel. Enter Ovolo South Yarra, Melbourne’s newest hotel and the brand’s second entry into the market for the Victorian capital.

Ovolo has certainly turned up the gas when it comes to cooking up new projects. In the past few years, they’ve added a number of hotels to their portfolio, all met with acclaim. The brand itself is a breath of fresh air in an often stuffy and boring Australian city hotel landscape. There is much to be said for stepping outside the status quo, as Ovolo differentiates itself by being a bit quirky and with a playful design at heart. Pair this with a proven record of offering great value (and plenty of perks), and it’s easy to see why the group has been blessed with relative success.

Ovolo South Yarra seeks to continue this fortuitous run while also acting as an evolutionary step. Joining the existing ‘Laneways’ hotel, Ovolo’s second foray into the Victorian market is a bold step backwards in time. The design takes cues from the disco and rock concepts of the seventies and eighties, with an overall theme of extroverted retro glamour. Everywhere you look has some sort of action going on, like reception and its kaleidoscope of pop art, neon lights, and bright colours. The elements of modernism still feature heavily, though, and the hotel successfully blends old-school aesthetics with the practicality of new technology.

The location of Ovolo South Yarra is surely one of its finest strengths. On the corner of Chapel Street and Toorak Road, the hotel is perfectly placed in the vibrant and bustling inner-urban hub. Its position in Melbourne means that you avoid the overcrowded feeling of the CBD, but still have plenty of established bars and eateries within close walking distance. If the retail experience is what you’re after, the length of Chapel Street is lined with some of the best players in the fashion game.

The hotel features 123 rooms, made up of Go Go, Boogie, Groovy, and the lauded Rockstar Suites. The metro location means that views from the rooms are never outstanding, but this is part and parcel of being in the thick of the action. The retro-chic feel carries over to the rooms, which feature elements of chrome with browns, greens and vintage patterns.

The minibar area is festooned with art pieces like vinyl records, old cameras, and quirky sculptures, as well as a cocktail mixing set for a DIY tipple. Our pick would be the mid-range Groovy City room, which is complete with a king bed, 55-inch TV, Bose Bluetooth speaker, and the works. If you’re looking for a bit of space to move around, be aware that the rooms lower in the range are lacking in size. If you want to go the whole hog, the four Rockstar Suites each host a full lounge, bar, and even more floor area.

Ovolo know that everyone loves free stuff, and have made it their mission to provide as much of it as possible. For a hotel at this price point, the amount of cheeky inclusions is unparalleled. A loot bag filled with goodies and a minibar replenished daily, breakfast, and social hour drinks are some of the lovely pro bono perks on offer. While not being items with the biggest price tag, they are little touches that prove some thought has gone into the guest experience, and that makes a difference.

Worthy of just as much praise as the hotel itself is the restaurant which hides within. Lona Misa dominates the ground floor of the building and emanates energy and soul. It bucks the trend of traditional hotel restaurants, which tend to exist as a greyscale necessity, by stepping boldly into its own character and brand to complement Ovolo’s. As we’ve seen with the group’s other onsite restaurants, Lona Misa has curated its menu to be completely vegan. It’s impressive enough to turn any skeptic into a devout believer, not in a lifestyle or nutritional sense, but that, put simply, vegetables can be just as tasty as meat.

Lona Misa draws inspiration from Latin roots, carrying through flavours of smoke and charcoal into its creative plant-based dishes. The dinner menu shines with a selection of punchy plates from the ‘Josper’, a hybrid cooker designed to retain the flavour of grilling and the control of an oven. Must-tries include the Camote En Mole, a delicious shepherd’s pie-style pot with roasted sweet potato and Argentinian spiced ‘mince’, as well as the Peri-Peri Cauliflower with spicy chimichurri. The Roasted Padron & Manchego Croquettas and the Baccala Fritters from the smaller plates selection are also highly recommended. Pair these delights with a few refreshments from the artful cocktail list, and you’ve got yourself a fine evening without leaving the hotel.

Pricing starts at around $250 per night for a Go Go Room, but we’d definitely recommend forking out the extra dosh to cop a Groovy City Room for another $65. There’s a fair amount of value in that price considering the location and luxurious extra touches on offer, and that’s before considering all of the freebies. What you’re left with is a likeable and refreshing take on the traditional hotel experience that’s packed to the brim with inclusions and niceties. The service and attitude of the team on the ground also speak volumes, with a commitment to guest satisfaction usually only seen in hotels four times the price. Overall, Ovolo South Yarra gets the nod from us for a luxury Melbourne weekender with a refreshingly quirky flair.

Be sure to book directly with Ovolo Hotels to get the best price and lock in your freebies. The hotel group love throwing out discounts and seasonal deals so be sure to keep an eye out. 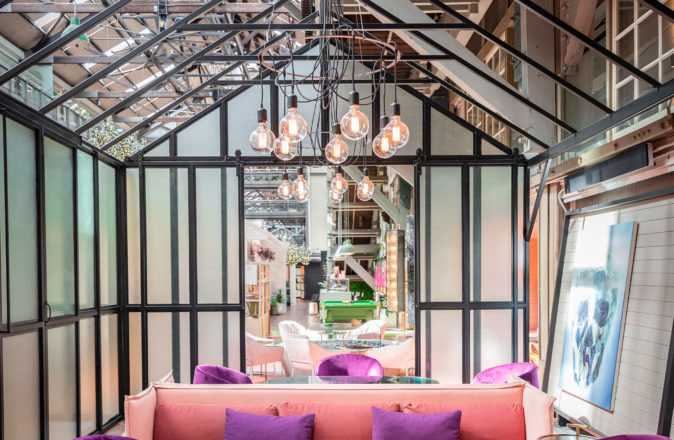 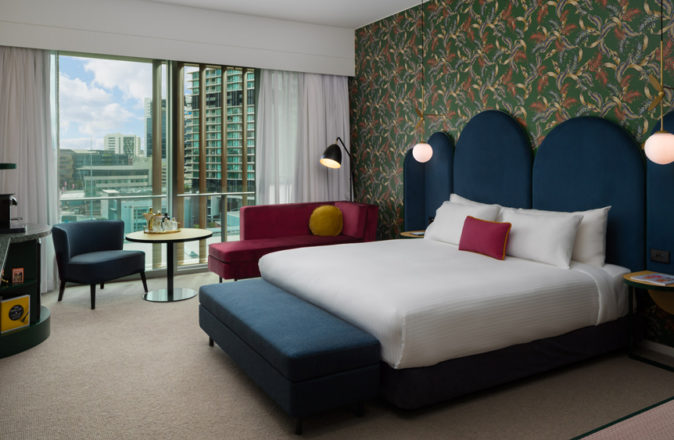 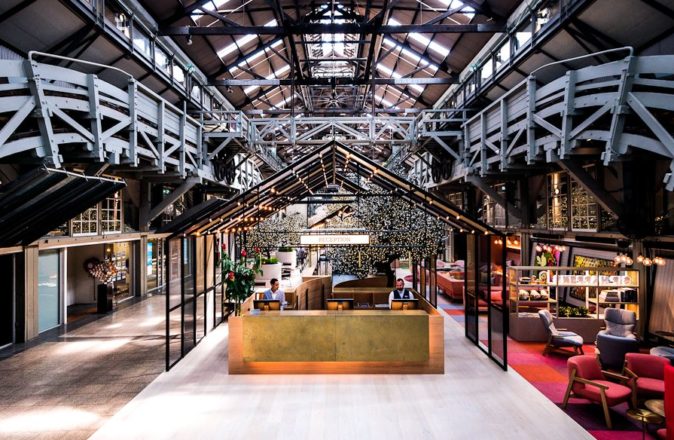 Win A Trip To Mercedes-Benz Fashion Week With Ovolo Hotels