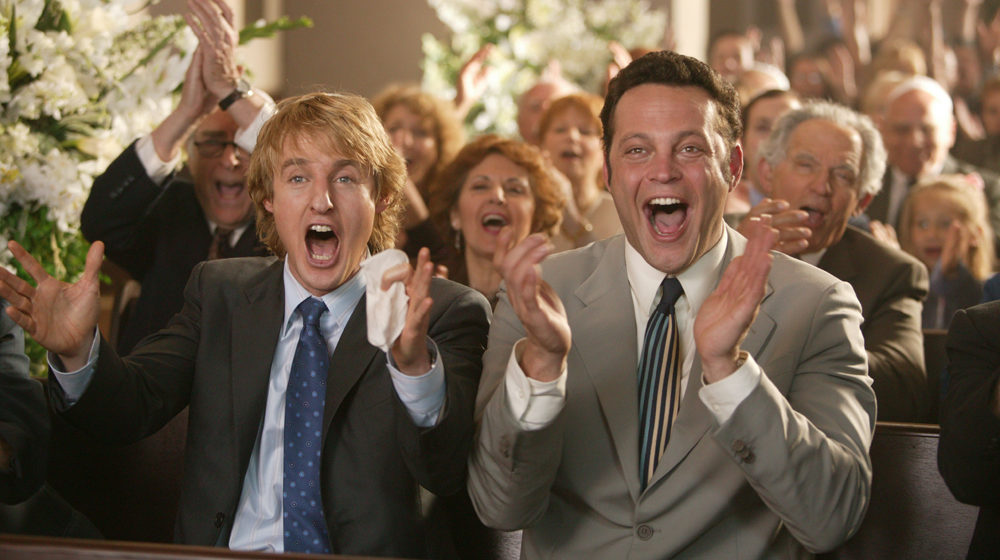 It’s that inevitable time of year again, where, whether we like it or not, another mate will bite the dust and get himself hitched.

You can approach wedding season in two ways. You can submit to the endless string of ceremonies and parties, writing off each weekend consistently as if they all blend into one. Or, you can strategise your approach to the wedding game as a confident single bloke and make the most of what can be a very fruitful time of year.

While we advise you to take the bellow rules for crashing weddings with a grain of salt, they don’t all have to apply to actually crashing a random wedding. You’ll find a few gems here that can be called upon for those weddings you actually are invited to. Enjoy lads.

Rule #1 – Never leave a fellow Crasher behind. Crashers take care of their own.

Rule #5 – Never let a girl get between you and a fellow Crasher.

Rule #6 – Do not sit in the corner and sulk. It draws attention in a negative way. Draw attention to yourself, but on your own terms.

Rule #10 – Invitations are for pussies.

Rule #12 – When it stops being fun, break something.

Rule #13 – Bridesmaids are desperate, console them.

Rule #14 – You’re a distant relative of a dead cousin.

Rule #18 – You love animals and children.

Rule #20 – Always have an early “appointment” the next morning.

Rule #22 – You have a wedding and a reception to seal the deal. Period. No overtime.

Rule #23 – There’s nothing wrong with having seconds. Provided there are enough women to go around.

Rule #25 – You understand she heard that but that’s not what you meant.

Rule #27 – Don’t over drink. The machinery must work in order to close.

Rule #29 – Always be a team player. Everyone needs a little help now and again.

Rule #30 – Know the playbook so you can call an audible.

Rule #31 – If you call an audible, always make sure your fellow Crashers know.

Rule #32 – Don’t commit to a relative unless you’re absolutely sure that they have a pulse.

Rule #36 – Your favourite movie is “The English Patient”.

Rule #37 – At the reception, one hard drink or two beers max. A drunk Crasher is a sloppy Crasher.

Rule #40 – Dance with old folks and the kids. The girls will think you’re “sweet.”

Rule #41 – If there is a cash bar, bring your fake war medals. You’ll never have to buy a drink.

Rule #42 – Try not to break anything, unless you’re not having fun.

Rule #43 – At the service, sit in the fifth row. It’s close enough to the wedding party to seem like you’re an invited guest. Never sit in the back. The back row just smells like crashing.

Rule #44 – Create an air of mystery that involves some painful experience when interacting with the girl you’re after. But don’t talk about it.

Rule #46 – The Rules of Wedding Crashing are sacred. Don’t sully them by “improvising.”

Rule #47 – You forgot your invitation in your rush to get to the church.

Rule #48 – Make sure all the single women at the wedding know you’re there because you’ve just suffered either a terrible breakup or the death of your fiancee.

Rule #49 – Always work into the conversation: “Yeah, I have tons of money. But how does one buy happiness?”

Rule #52 – Tell any woman you’re interested in that you’d love to stay put but you promised to help out at the homeless shelter today.

Rule #53 – Get choked up during the service. The girls will think you’re “sensitive.” Bring a slice of onion or artificial tears if necessary.

Rule #55 – If pressed, tell people you’re related to Uncle Ned. Everyone has an Uncle Ned.

Rule #57 – When seeing a rival Crasher, do not interact – merely acknowledge each other with a tug on the earlobe and gracefully move on.

Rule #59 – If two rival crashers pick the same girl, the crasher with the least seniority will respectfully yield.

Rule #61 – When crashing out of state, request permission from the local Wedding Crasher chapter.

Rule #62 – No more than two weddings a weekend. More and your game gets sloppy.

Rule #65 – When your crash partner fails, you fail. No man is an island.

Rule #67 – Mix it up a little. You can’t always be the man with the haunted past.

Rule #68 – Dance with the bride’s grandmother.

Rule #70 – Two shutouts in a row? It’s time to take a week off. Ask yourself: what is it that is getting in the way of my happiness?

Rule #73 – Keep interactions with the parents of the bride to a minimum.

Rule #74 – In case of emergency, refer to the rulebook.

Rule #75 – Girls in hats tend to be proper and rarely give it up.

Rule #79 – The tables furthest from the kitchen always get served first.

Rule #81 – Occasionally bring a gift. You’re getting sex without having to buy dinner, so you can afford a blender.

Rule #82 – Always think ahead but always stay in the moment. Reconcile this paradox and you’ll not only get the girl… you might also get peace of mind.

Rule #83 – Don’t let the ring bearer bum your smokes. His parents may start to ask questions.

Rule #84 – Stay clear of the wedding planner. They may recognise you and start to wonder.

Rule #89 – Know something about the place you say you are from. Texas is played out. For some reason, New Hampshire seems to work.

Rule #90 – Of course you dream of one day having children.

Rule #91 – Never dance to “What I Like About You.” It’s long past time to let that song go. Someone will request it at every wedding. Don’t dance to it.

Rule #92 – Tell the bride’s friends and family that you are family of the groom and visa-versa.

Rule #93 – Only take one car. You never know when you’ll need to make a fast escape.

Rule #94 – Deep down, most people hate themselves. This knowledge is the key to most bedroom doors.

Rule #95 – Try not to show off on the dance floor. This means you, Jeremy.

Rule #99 – Be judicious with cologne. Citrus tones are best.

Rule #101 – Avoid women who were psychology majors in college.

Rule #108 – Know your swing and salsa dancing. Girls love to get twisted around.

Rule #109 – Always carry an assortment of place cards to match any wedding design.

Rule #110 – Make sure your magic trick and balloon animal skills are not rusty. If the kids love it, the girls will too.

Rule #113 – Never walk away from a Crasher in a funny jacket.

RELATED: What To Wear To A Wedding: A Complete Guide For The Aussie Bloke 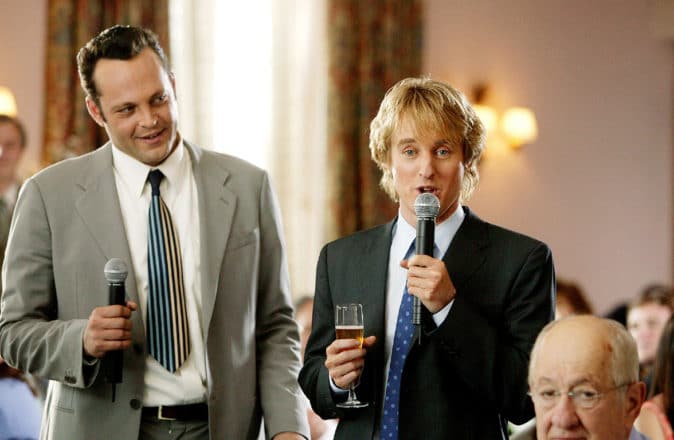