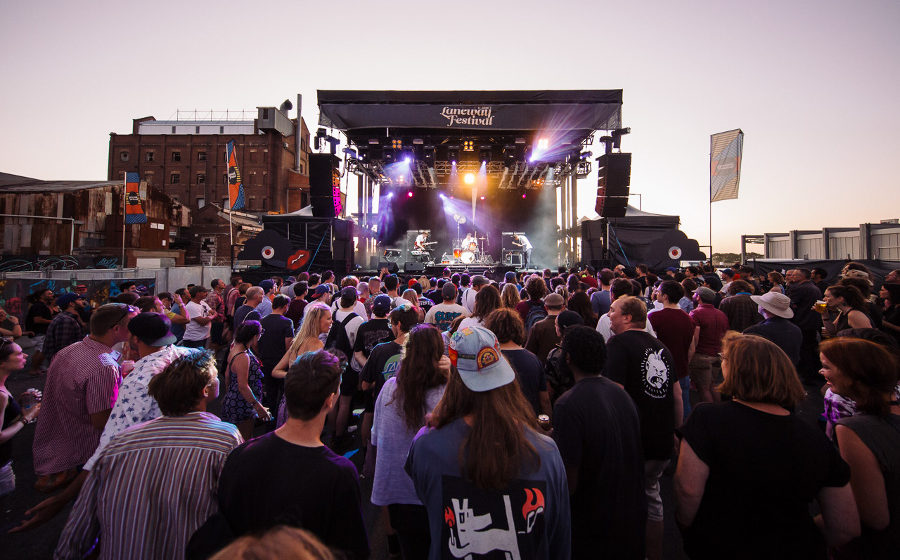 You know what time of year it is. The first birds of Spring are surfacing as the nation turns the corner from winter towards exciting and sunny times. July in Australia is nothing to be afraid of, but our summer is certainly well worth looking forward to – it’s synonymous with beach vibes, pool parties, temperate fashion – all spread over long days and hot nights.

Meshing it all together is the classic summer music festival. Uniting those looking to make the most of time out the office and experience some of the world’s greatest musical talent. There’s never been a better time to be a part of it, with the festival scene clawing back to a supremely healthy state after the loss of a few heavyweights some years back (think Future, Stereosonic). Gracing our shores this summer is a sonorous blend of biblical proportions. Dust off those rave kits and sort out that sloppy winter rig in preparation for our top picks not to miss this summer.

Jumping the gun and kicking the season off early is the inaugural banger bonanza that is Listen Out. The festival has cemented its position as one of the country’s premiere touring electronic festivals, bringing mountainous lineups year after year. Last year’s sonic bedlam was orchestrated by the likes of RÜFÜS, Jauz, Tchami and Travis Scott. This year will see the festival piloted by a stacked cast including Duke Dumont, Future, What So Not and Bryson Tiller. The event will be hitting Melbourne Perth, Sydney and Brisbane in September/October.

A fan-favourite, Harbourlife returns to the shores of Sydney Harbour again on November 2017. The organisers have a winning formula for this boutique house event and show no signs of slowing down in the future. Harbourlife definitively holds the title for the most picturesque festival location – set against the backdrop of the Sydney Harbour Bridge and the Opera House. Mild euphoria is guaranteed when the fireworks start from the bridge midway through the headline act. On the roster this year is the puppet master, Claptone, as well as Daniel Avery and Jax Jones. Not a bad way to toast the incoming new year early at an event which embodies Sydney’s elite summer.

The country went into meltdown with the release of this year’s lineup recently, with tickets selling out in record time. Falls is the rightful older sibling of Splendour in the Grass, starting from humble beginnings as a one-day festival in Lorne circa 1993. As one of Australia’s oldest running festivals, Falls is back again to provide punters with the perfect platform to see in the new year. Its appeal is driven by the sheer variety of entertainment, including a sizeable music lineup, comedy, theatre, circus, and cabaret – all spread over a few days of camping bliss. This year sees heavy hitters Flume, Foster the People, Liam Gallagher and Peking Duk gracing stages at Byron Bay, Marion Bay, Fremantle and Lorne.

This festival comes with a 100% satisfaction guarantee. It’s a fine mix of all the things you love about people and music. To quote the organisers: “Travel to a magical place where happiness flourishes. Experience a microcosm of love, friendship, fun and community. Lost Paradise is your hidden wonderland.” Despite being only a few years old, the festival captures elements that even some events on this list fail to – they’ve proved they mean business. Make the pilgrimage to NSW’s Glenworth Valley in late December this year to spend four days filled with river swims, music, food from Sydney’s best chefs, and 13,500 like-minded humans. On the roster for 2017 are RÜFÜS, Matt Corby, Tourist and Little Dragon.

The tail-ender of the season, Laneway started in 2004 as not much more than a weekly show from a hole in the wall. Although still being underpinned by its Melbourne grassroots, Laneway is now an essential international festival – the tour even stops off in Auckland and Singapore. Laneway continues to showcase the traits that made it special: ‘championing community, fostering collaboration, encouraging self-expansion and finding ongoing excuses to have fun’. The event hits most major cities across January and February next year. We’ve only got a sneak peak of the lineup – Anderson .Paak and The Free Nationals, as well as Mac DeMarco have been announced – with more to follow soon.