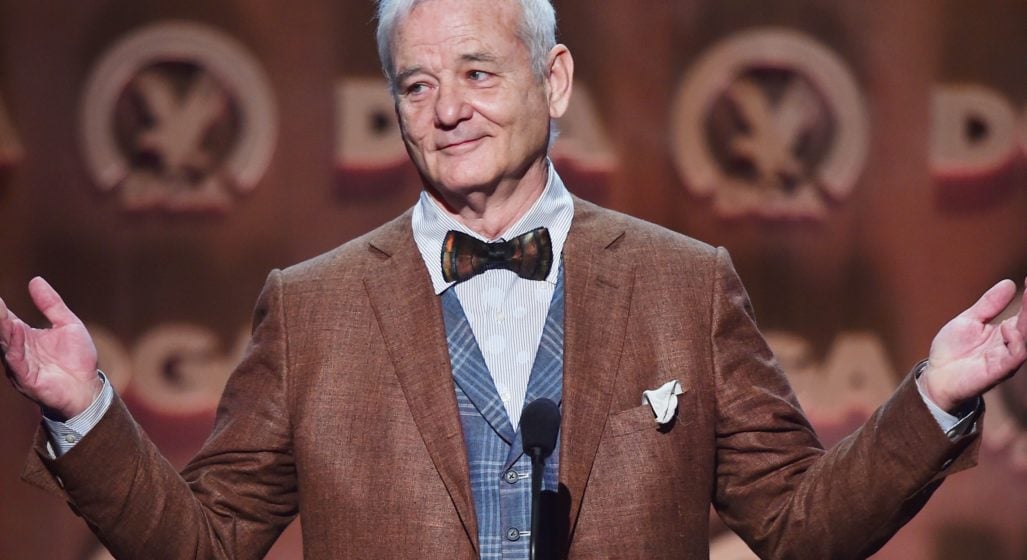 We know him, we love him, but now we get to follow his antics up close and personal. As the world’s favourite grandpa and notorious for operating on his own quirky wavelength, Bill Murray is set to roam about throughout his natural habitats with a documentary aptly named The Bill Murray Stories: Life Lessons Learned from a Mythical Man.

More specifically, this documentary will serve as a detailed look at all Murray’s spontaneous appearances. Such sightings include kickball games, bachelor parties, several bars, karaoke clubs, and ice cream socials (to name a few). As one may expect, good times generally ensue.

“He’s like a candle, when you light it in the room,” says one interviewee.

“And all of a sudden the room smells great.”

The documentary’s director will also apparently attempt to breakdown Murray’s motives and psychology. Which, to be frank, seems like an M.C. Escher staircase of heuristics. Kind of like a strange, post-modern Waiting For Godot type celebration of a comedic legend.

The documentary currently sits on a decent 8.5/10 on IMDB and an incredible 100% on Rotten Tomatoes.

The Bill Murray Stories will open in select theatres on October 26th of this year and be available through digital on-demand services on that very same day.