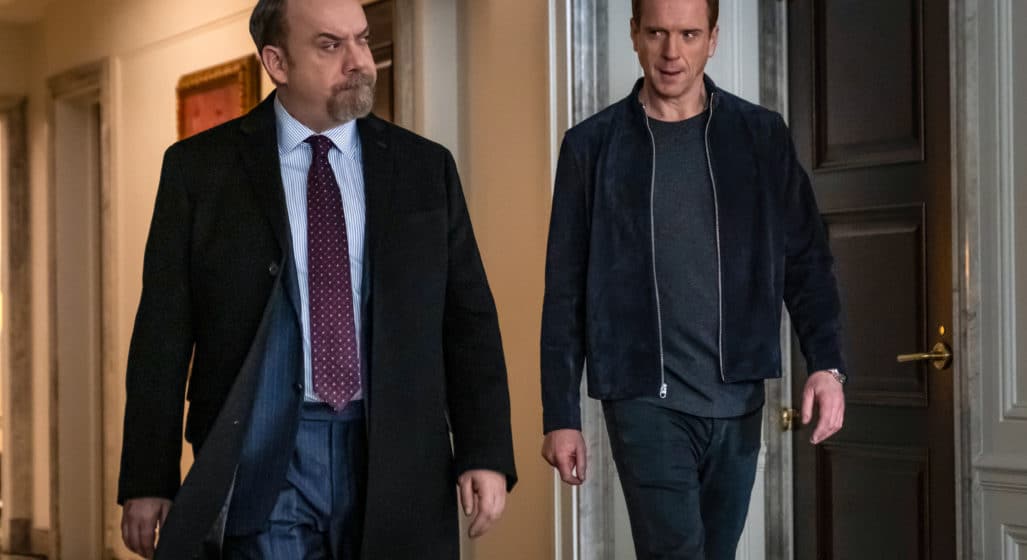 Damian Lewis is once again returning to your screens as the magnetic Bobby Axelrod for Billions season 5. Ahead of the hit drama’s release, Showtime has released a trailer to depicting the vicious rivalry between Axelrod and his nemesis, Chuck Rhoades (Paul Giamatti).

It’s also been teased that social impact pioneer, Mike Prince (Corey Stoll), will pose a serious threat to Axe’s dominance; simultaneously as Chuck fends off a formidable district attorney on his own front.

Taylor Mason (Asia Kate Dillon) is forced back to Axe Capital, where they must fight to protect both employees and assets. Wendy Rhoades (Maggie Siff) also reevaluates her loyalties, and forges surprising new alliances that put her at odds with not just Chuck, but Axe as well.

Billions season 5 premieres Sunday the 3rd of May on Stan, with new episodes released weekly – on the same day as the US.