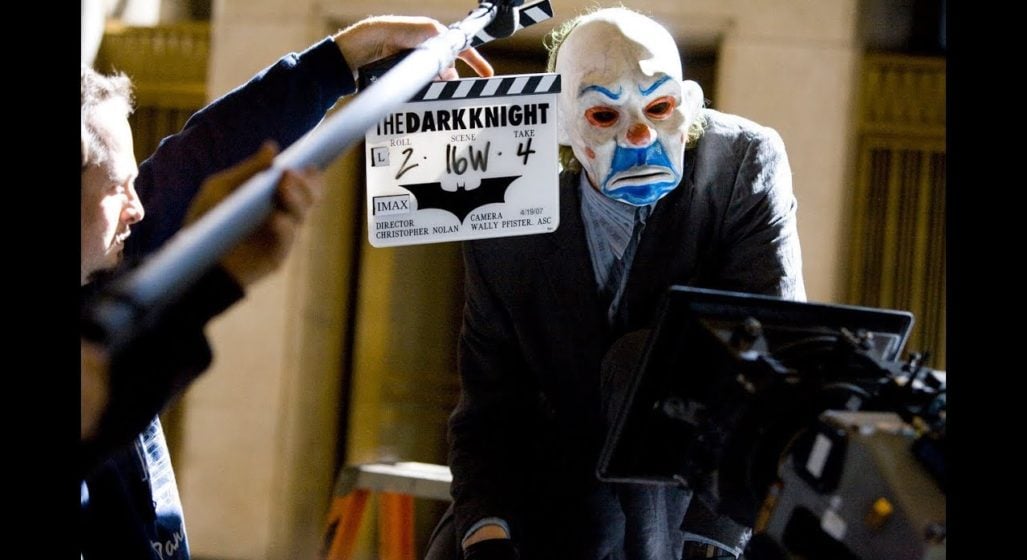 Visionary director Christopher Nolan changed the landscape of comic book films with his take on DC Comic’s favourite vigilante, Batman. His trilogy of films paved the way towards a darker interpretation of superheroes flicks, cementing Nolan’s cinematic directing style in history and seeing him hailed as one of our generation’s most impressive filmmakers.

Of the three Batman films, The Dark Knight is widely regarded as not just the best in the trilogy, but as one of the greatest comic book adaptations of all time. The film sees Batman (Christian Bale) coming up against his greatest enemy yet, the unhinged Joker (a phenomenal Heath Ledger), a psychotic criminal with no purpose other than to watch the world burn.

The Dark Knight is a thrilling film with an outstanding support cast (Michael Caine, Aaron Eckhart, Gary Oldman, Maggie Gyllenhall and Morgan Freeman) and one that saw Ledger post-humonsly awarded an Oscar for Best Supporting Actor.

Film essay series Behind The Curtain has put together a 14-minute video with Nolan as he discusses his creative process for making The Dark Knight, going into great detail about the character’s motives, the themes running through the film and the impact of writer David S. Goyer who helped shape Nolan’s script.

Check out the clip below and if you’re a big film fan be sure to read up on our picks for both the best gangster films and the best heist films of all time.

RELATED: ‘The Dark Knight’ is still the highest rating superhero movie of all-time